Cow-calf producers may be expecting another seasonal rally in cull cow prices this spring. It's one reason, short of continued expansion, the bred heifer market has had such a good run through the fall.

Lee Schulz, livestock economist at Iowa State University, told DTN he believes the 2017 spring rally in the cull cow market may be influencing this fall's bred female demand. Producers are essentially preparing now to have bred replacements in the herd when they go to market with their culls come spring. While there have been some counter-seasonal peaks on the cull side, such as 2014 and 2015, normally cull cow prices are lowest in the fall and rise going into the new calendar year, often rather dramatically.

"Last spring's rally on the cull side gave added income to many cow-calf enterprises. That may have opened the door for demand for females," added Schulz.

"As we look at how this year is ending, there is certainly the potential again for higher cull cow prices in the spring. Fed cattle prices are typically highest in the winter and early spring, which supports slaughter cow prices. The December to April live cattle futures spread is currently about $5."

A good indicator of pricing for bred heifers comes out of the fall Missouri Show-Me-Select sales reports. This sale brings together consignors from across the state, and reports high, average and minimum prices on bred heifers from the sales. All heifers are bred to bulls with strict calving-ease or birth weight EPDs, and have met standards for soundness and pelvic size.

The last fall sale, out of a total of six, was held December 9. Three of the fall sales met or exceeded top and average prices, when compared to 2016.

Breaking down some of the numbers, the November 17 sale, at Joplin Regional Stockyards, showed top price for a lot at $2,200 per head; average at $1,867 per head. Both of these numbers slightly exceeded the 2016 sale report, where prices were respectively $2,050 and $1,651.

The SMS program has a series of both spring and fall sales. To get dates for 2018 spring sales, or to learn more about the program, go to http://agebb.missouri.edu/… 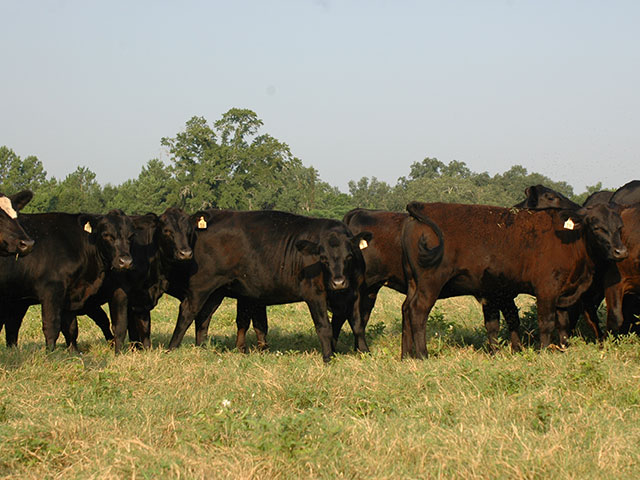