If replacement heifers are the future of a strong beef herd, good conception rates are confirmation the best available heifers were selected for the breeding season. What if there was one easy-to-get number that could tell a producer 30 days out which heifers are most likely to conceive?

The Reproductive Tract Score, or RTS, is that number. The measurement is in its simplest form a scale, ranging from 1 to 5, that can help producers cull those heifers most unlikely to conceive. The RTS also helps determine how close replacements are to being ready to breed. In addition to the obvious advantage this offers—a higher conception rate—the strategy also helps establish a group of heifers more likely to rebreed on time.

David Patterson, reproductive specialist for Missouri's Show-Me-Select (SMS) Replacement Heifer Program, says tract scores are required for SMS heifers a month to six weeks prior to breeding. Beyond that, however, the practice is not a common one across cattle country. Estimates are that less than 5% of beef heifers are being tract scored, Patterson says.

"It's unfortunate more producers aren't using tract scores, because it really offers them a lot of information," he says.

Patterson explains RTS tells a producer how heifers are doing developmentally and whether a good job has been done in selecting replacements for the upcoming breeding season. He adds it often surprises a producer to find heifers he thought were ready for breeding are not where they need to be developmentally. RTS can give the producer a window of opportunity to correct common reasons for a developmental lag: usually nutrition and, on occasion, parasitism.

"The other thing we've found is tract scoring can have a positive impact on timing and use of estrus synchronization in artificial insemination [AI] programs," Patterson says. "When we began the SMS replacement heifer program here, folks had the impression their heifers were ready to go; but past results from their sync programs may have been disappointing. We found a big part of the reason for that is the heifers were not ready to sync. Knowing that before you begin the process can really improve AI rates."

Tract Scores. The RTS scale starts at 1, defined as a "prepubertal heifer with an infantile tract." With a score this low, Patterson says for all intents and purposes, the heifer won't be exposed for breeding. He says data is compelling that any heifers scoring a 1 will perform poorly. These animals will be culled from the herd.

"Once you start doing RTS, you begin to find things like freemartins in your group of potential replacements," he adds. Freemartins are infertile females conceived as a twin to a bull calf. "RTS helps you clean up a group of heifers, sort out any problems early, and, from there, you can make well-informed culling, breeding and marketing decisions."

An RTS of 2, defined as "prepubertal," tells Patterson a heifer is more than 30 days from the onset of puberty. An RTS of 3, also defined as "prepubertal or peripubertal," means a heifer is less than 30 days from puberty. With scores of 4 and 5, Patterson says heifers have reached puberty and are estrus cycling. A 4 is defined as a "pubertal heifer in the follicular phase," a 5 as a "pubertal heifer in the luteal phase."

Earlier Estrus. Patterson says while RTS is something that tells a producer where a heifer is developmentally at a particular time, there are ways to decrease the age at which a heifer will reach puberty.

Veterinary Exams. Patterson says an RTS is something any veterinarian accustomed to doing routine palpations should be able to provide a producer. All the veterinarians working with Missouri's SMS program do tract scoring, and Patterson says the parameters are clear enough that consistency is not an issue. For each tract score, there are specific ovarian sizes, ovarian structures and uterine horn diameters.

He adds that as more veterinarians are on farms as part of the Veterinary Feed Directive (VFD), there will be increased opportunity to include an RTS in prebreeding exams.

"I would anticipate veterinarians are going to play a larger role in herd-management decisions as we move forward," Patterson says. "We've seen that happen with the SMS program. Our veterinarians are interacting with the herd beginning at weaning now. From there, they are doing prebreeding exams, supporting producers in developing estrus synchronization schedules and, in many cases, assisting with the actual AI process. They perform early pregnancy checks and continue to be a part of the process all the way to post-delivery follow-up. We've found, in many cases, this has helped producers become more profitable as they've improved conception rates and seen more healthy calves delivered."

Cupps says tract scoring is something any veterinarian could make a part of a prebreeding evaluation but adds it comes more easily to those used to working with dairy cattle.

"A heifer may look good phenotypically, but you can get into them and find their RTS score is a total disconnect," Patterson says. "In some cases, we find heifers were implanted in the sucking phase, which can compromise them from a fertility standpoint. A tract score, in a case like that, can level the information field."

Both Patterson and Cupps agree that of all the things an RTS can do, the most important one is its ability to improve profitability through better reproduction efficiency.

"One of the most expensive things a cattle producer does is to raise a replacement heifer," Cupps says. "If those heifers don't develop as they should, there are long-term effects on the reproductive efficiency in that herd. Ultimately, that is tied to profitability." 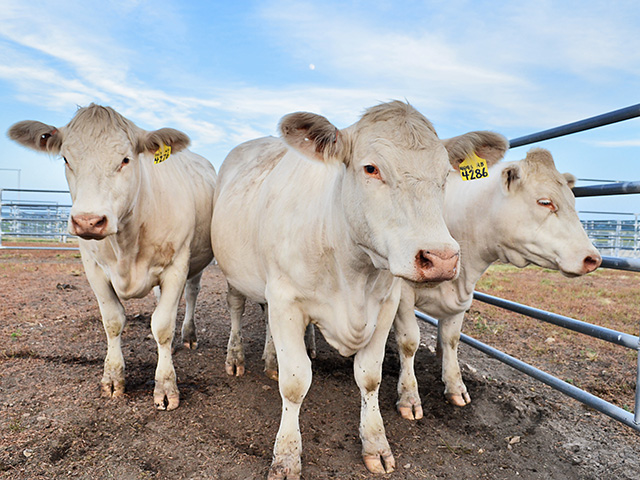