Cattlemen across the South are generally blessed with the kind of weather that keeps pastures productive well into the winter months. It's an enviable advantage but one that poses a serious challenge when it comes to parasite control.

"Parasite larvae are more able to survive until spring in our mild winters and then develop to the infective stage as temperatures warm," he explains.

Young cattle are most susceptible to infection at this time and are more likely to experience severe symptoms of clinical parasitism, Jones says.

The most common sign is watery diarrhea and an unthrifty appearance. If left untreated, animals can quickly become anemic due to blood loss in the gastrointestinal tract. Other signs of infection might include blood in the loose stool, poor hair coat, weight loss, anorexia and weakness. Usually, these calves can be effectively treated with a single dose of an oral dewormer.

Depending on the type of cattle operation, Jones says there are proven ways to manage parasites at the pasture level. For cow/calf producers, a planned rotation can be invaluable.

Infections can often be prevented by moving at-risk cattle to pastures that have not been grazed over the winter.

"It's very common in cow/calf operations to see a continuous type [of] grazing program, where cows and calves are in some pastures nonstop," Jones says. "That leads to a sequence where the animal is eating infective larvae, she sheds eggs, the eggs hatch and the cycle continues."

Jones says by moving grazing animals every two to three weeks, eggs shed on the pasture are prevented from finding a host. That allows the cycle to be broken using management without any application of anthelmintics (dewormers).

"The positive thing about that is it allows us to use the anthelmintics strategically, as opposed to routinely," he stresses.

"I believe it's important that we use these products on an as-needed basis rather than as a part of routine management. It used to be we had the 'holiday schedule.' You'd worm cattle on Easter, the Fourth of July or Thanksgiving. It's important to get away from that due to the buildup of resistance and the environmental impact. Avermectins, for example, have been shown to have a negative environmental impact on dung beetle populations. We need those beneficials, as they break up manure pats and disperse them, eliminating areas worms and flies use to grow and reproduce."

Controlling parasites at the pasture level requires a preemptive approach. The goal should be to reduce the intake of large numbers of infective larvae by removing susceptible cattle and/or not placing them on contaminated pastures. In cases where at-risk cattle cannot be put onto safe pastures, Jones recommends deworming those cattle 10 to 14 days after introducing them onto infected pastures to help break the cycle.

Clean, safe pastures include those permanent pastures not grazed for a season, or temporary summer- and winter-grazing areas that have been tilled. Permanent pastures used for hay should be safe, as well. Breaking up and scattering manure piles will also help reduce parasite loads by exposing worm larvae and eggs to hot, dry conditions.

Part of managing parasites on pastures is monitoring parasite loads using fecal egg count (FEC) analyses. Taking manure samples and checking them with FECs or floats is an important way to gauge how well current parasite-control programs are working.

Jones recommends getting this practice on the management production calendar, perhaps checking areas calves have been grazing around weaning. Another good time is when seasons change, which helps producers plan where they will rotate animals.

"You want to know that a pasture is safe if you're taking clean animals there. If parasite levels are found that require treatment, you can do that before you move them to safe pasture," he says.

Managing parasites at the pasture level is second nature to Shelley Eagan. As an organic, grass-fed producer, she is routinely rotating animals and making sure forage grazing levels get no lower than 4 inches.

Eagan helps run Proffitt Family Cattle Company, a family operation, based at Kings Mountain, N.C. The farm runs a mostly Angus commercial herd, with 70% of the dams crossbreeds. Eagan says the heterosis brings a level of hardiness to the herd that is absolutely essential, especially given the fact certified organic operations have few options when it comes to health inputs.

"I don't need high-maintenance runway models here," she says. "I need a 'pioneer woman cow' that can have a calf without any help from me. We move them pasture to pasture, watch the grass, make good hay and provide an organic, high trace mineral loose salt. That's about it."

Eagan says the herd today has been bred to have a more moderate frame, with the continued use of purebred Angus bulls to produce calves that will hang heavy. The goal is a big carcass and uniformity. Proffitt harvested its first organic calves in 2009, the year they were certified. At this point, they carry a herd of about 200, grazing them over some 800 acres of owned and rented land.

Eagan says while parasites, such as worms, are something they watch and test for, they have not been a big issue for the business. She believes that's due in part to their management program and specifically to stocking rates.

"We have a high number of acres for each cow/calf pair compared to most operations. We are going to carry that animal through its whole life on grass and hay. We do everything we can to prevent having them stay in one place and just eat hay. We want them eating grass that's growing out of the ground, so we have to constantly move them to fresh pasture."

She says because the herd isn't standing in crowded situations, they aren't drinking where they poop and pee. They aren't grazing short grass either, nothing below 4 inches.

"And just as important as those environmental things, if they have a tendency to get worms, they don't belong in our operation. We cull based on that sort of thing," Eagan says.

Despite such a strong management program, Eagan says they have had occasion where weaned calves have come into contact with something and started to show signs of worms. The solution to that has generally been to feed them a couple of square bales of lespedeza hay, which she says is a natural dewormer. Some reports indicate that tannins in the forage bind with nutrients, limiting their availability to parasites. That can lead to fewer and less viable eggs shed in manure.

"If that doesn't work, we use Diatomaceous Earth [DE] mixed with dried sea kelp flakes. It has a high content of trace minerals, as well. The kelp is salty and smells a little fishy, and the cows love it. But it is expensive—as is everything in organic. It will take about two doses, but after that, they are clean."

Almost pure silica, DE is the finely ground fossilized remains of diatoms, tiny sea organisms that accumulate on the sea floor and can be mined from deposits. The diatom remains have microscopic cutting edges that are said to pierce the outer protective layer of parasitic worms and insects, causing dehydration and death. â¦�

Fecal worm egg counts (FECs) are one way to know if a pasture is contaminated and, as a result, if cattle are carrying internal parasites. FECs can also help producers gauge whether dewormers are losing their effectiveness.

Take the first samples at a time you would consider optimal for parasite transmission. Another sample, taken two weeks after treatment, can be used as a gauge as to whether dewormers are effective.

Gather samples in individual, resealable bags, and identify them by date and animal group. Keep all of your sample groups separate. Don't mix samples. Refrigerate samples, but do not freeze. Contact your veterinarian or Extension agent for recommendations on where to send the samples.

Send pre- and post-treatment samples to the same labs to have more consistent results. Once sample results are back, calculate the efficacy of your dewormer by subtracting the post-treatment average from the pretreatment average. Multiply that number by 100. If the number falls below 90%, indicating less than optimum control, discuss alternative treatment and management strategies with your Extension agent or veterinarian. 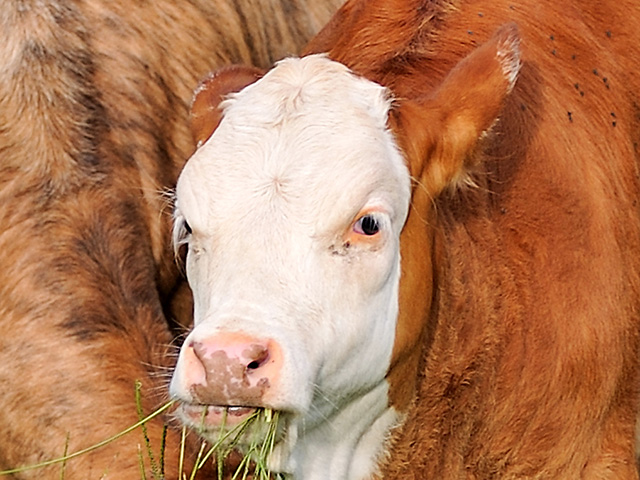