At its meeting in Geneva last week, the World Health Organization (WHO) issued guidelines calling on those who raise food-producing animals to stop using antibiotics to promote growth or to prevent disease.

Director-General of the WHO, Tedros Adhanom Ghebreyesus, said in a statement from the group: "A lack of effective antibiotics is as serious a security threat as a sudden and deadly disease outbreak. Strong, sustained action across all sectors is vital if we are to turn back the tide of antimicrobial resistance and keep the world safe."

The foundation behind the WHO's new guidelines is reported to have been a review published in The Lancet Planetary Health, a journal that according to its website "is committed to publishing high-quality original research articles, editorials, comments and correspondence that cover the interplay between health and the determinants of health in our living and physical world".

As a result of the findings, the WHO issued two recommendations aimed at an overall reduction in the use of all classes of medically important antibiotics in food-producing animals. First, the group noted antibiotics should not be used for growth promotion. Second, the WHO insisted antibiotics should not be given to healthy animals to prevent disease. It was noted, however, that in the event other animals in the same flock, herd or fish population had been diagnosed with a disease, the healthy members of the population could be given antibiotics to prevent an outbreak.

The group stressed the importance of testing to determine the most effective antibiotic prior to use, and said antibiotics selected should not come from those considered critically important to human health. The WHO's latest list (April 2017) of what it considers to be highest priority antibiotics for human health includes: quinolones, third and higher generation cephalosporins, macrolides/ketolides, glycopeptides and polymyxins.

Other items specific to the research report, included notes that the animal populations studied were poultry, swine and dairy and that there is an "evidence gap" when it comes to proving antibiotic use in food animals results in antibiotic resistance in humans.

"There is currently no consensus regarding the effect that antibiotic use in food-producing animals has on antibiotic resistance in the human population," says the research report.

Keep in mind this was a global recommendation. The WHO has no enforcement powers in the U.S., and the organization stressed many countries have already taken action to reduce antibiotic use in food-production animals.

The Veterinary Feed Directive (VFD) in this country, for example, requires a prescription for an antibiotic to treat an animal, even those used in feed or water; and it does not allow use of the products for growth promotion or feed efficiency. Most of the antibiotics on the WHO's list considered "highest priority" are also on the Food and Drug Administration's "Guidance for Industry" and have been classified as "critically important" or "highly important".

The USDA's acting chief scientist, Chavonda Jacobs-Young, released a statement commenting on the WHO's recommendations. She noted: "The WHO guidelines are not in alignment with U.S. policy and are not supported by sound science. The recommendations erroneously conflate disease prevention with growth promotion in animals."

She concluded the agency will continue to work with the WHO, the World Organization for Animal Health and the Food and Agriculture Organization to "promote antibiotic stewardship to avoid the further emergence and spread of antibiotic resistance." 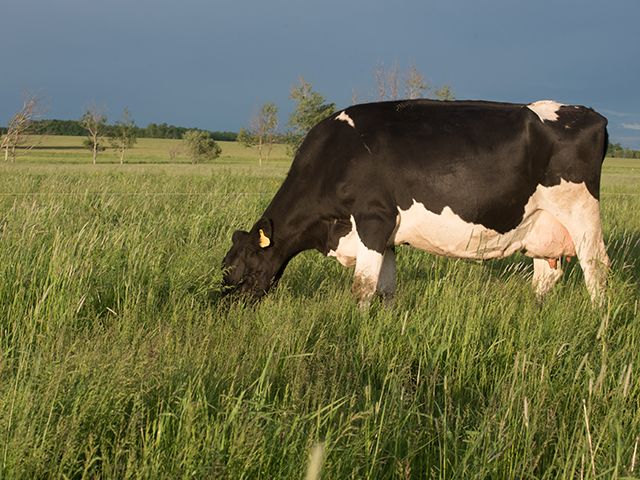