Between Harvey and Irma, one might think that the third quarter of 2017 has seen more than its fair share of uncontrollable "dumps." Yet for livestock producers, USDA has one more storm of numbers up its sleeve. While far below hurricane strength, this formidable front nonetheless has the potential to seriously uproot cattle and hog prices through the balance of the calendar year.

This troubling line on the statistical radar runs from Friday, Sept. 22, (the monthly Cattle on Feed report) to Thursday, Sept. 28 (the quarterly Hogs and Pigs report). Clustered around these two major cells sit minor disturbances ranging from cold storage to livestock slaughter to poultry production. But you don't have to be Jim Cantore to know that the most promising rainmakers in the early fall system are those attempting to document actual numbers of head at the bunk and snouts at the trough.

Of course, I know this one-two inventory punch rumbles across the market sky as much as four times each year. But the long thunderhead of late September 2017 strikes me as especially ominous for at least two reasons. First of all, both reports waiting just off stage have been aggressively anticipated (correctly or incorrectly) by definite price structuring in live cattle and lean hog futures. Second, the bottom line of all the data set to disgorge from USDA spreadsheets threatens to largely confirm potential for the largest round of fourth-quarter tonnage ever seen in the history of modern meat production.

Let's start with a closer look at the Sept. 1 On Feed report.

Scheduled to hit the newsstand at the end of this week (i.e., Friday afternoon at 2 p.m. CDT), the feedlot inventory of late summer promises to document the first break below 2016 placement activity seen since February. If the average pre-report guess hits the nail's head dead center, big lot placement will be officially disclosed to total 1.823 million head, 3% below the previous year.

Though smaller placement news always seems psychologically bullish, I'd be cautious in waving this flag too far down the parade route. For one thing, such a total would still be 4% larger than the 2014-2016. Furthermore, this small bit of price-friendly data is dawning when the fourth-quarter supply gun is already pretty much loaded.

Consider this: Even if we assume that 8-weight cattle placement last month fell as much as 12% below 2016 (i.e., the most bullish end of the range of private guesses), the DTN placement model would still estimate big lot marketing in December to be no smaller than 1.804 million, 5% greater than late 2016 and 4% larger than the 2012-2016 average.

So why have traders of deferred live cattle futures built the most formidable premium price structure seen in years? For example, the December contract just closed at $116.25, more than $10 above last week's 5-area average steer and $2 greater than the monthly cash average for December 2016. Regardless what kind of basis assumptions you feel comfortable with ($1-$2 under Dec?), it's clear that the bullish board's extended bridge is held high by something with more tensile strength than supply steel and rivets.

Late-year cattle bulls may be betting on the continuation of extraordinary domestic and foreign demand, and let's hope they are as right as rain. But these shooters are unlikely to see anything in Friday's On Feed report to help their cause.

If the On Feed report is set to be unveiled before a leg-cramping audience long locked in standing ovation, the Sept. 1 H&P report could be more easily met by over-rehearsed pessimism. Fourth-quarter lean hog futures currently expect the struggling cash trade to steadily erode through the end of the year.

To be sure, the December discounts a shadow of its pre-Labor Day self (i.e., when it traded as much as $18 under the spot cash index). Yet it still remains quite skeptical about the late year's market ability to handle record hog slaughter and pork production. The fact it closed on Wednesday at $59.92, nearly $8 above the cash average for December 2016, suggests deferred traders nonetheless respect the cash-supportive potential of greater chain speed won via new plants at Sioux City, Iowa, and Coldwater, Michigan.

The extreme defensiveness that seemed to dominate October and December lean futures for much of the late-summer period was probably tied to the fear of juggling. Could the three balls of herd expansion, construction of greater chain speed, and solid export growth be perfectly suspended in air while crossing the uncertain tightrope of time? If that sounds like a tricky piece or coordination, you get the point.

Some of that nervousness has been checked in recent weeks by Seaboard and Clemens actually turning on the lights and tentatively processing at the new facilities. Still, next week's quarterly inventory (i.e., Thursday, Sept. 28, at 2 p.m. CDT) could be jam-packed with market-moving surprise potential (especially compared with the Cattle on Feed report).

Most private analysts will be looking for total swine to be around 74 million head, roughly 3% greater than Sept. 1, 2016.

Within that general herd, sows are likely to number right at 6.15 million, 2.2% more than the prior year. But the real danger in anticipating quarterly hog stats has always been in assuming that previous estimates will never be revised. Such innocent contentment has never been safe. Furthermore, once Washington number crunchers pull the eraser from its holster, significant changes can roll through the entire spreadsheet like a riptide.

For what it's worth, I've never been comfortable with the estimated size of the spring pig crop. Specifically, it looks shy compared with the amount of steel and concrete already planted by late June. And then there's the issue of the unusually large sow slaughter through the first seven months of the year (i.e., 12% greater than Jan-Jul, 2016). Does such aggressive sow liquidation fit the necessary expansion narrative? Can USDA generate the right numbers to cover with a large gilt retention total?

If next week's report serves up too many flies in the long-assumed expansion ointment, the bearish bias of late-week futures could up dry up overnight.

Finally, these last two big reports of the third quarter are very important in defining what most believe will be the largest late-year production ever seen in this country. According to World Board estimates released last week, total meat production in the fourth quarter will soar to 26.2 billion pounds, 1.2 billion more than Oct-Dec 2016. Roughly, 73% of the increase will be in terms of beef and pork.

Given contrasting premium and discount board structures before, it would appear that beef meteorologists are currently far more confident in how demand will handle the storm surge than their pork counterparts. 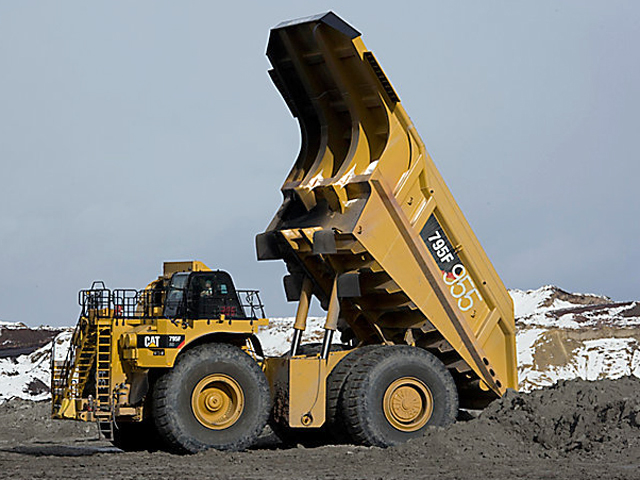