We live in strange and dangerous times.

Granted, that's not exactly a news flash, not exactly a unique historical observation. In fact, such a ponderous verdict, in so many words, probably dates back to Homo erectus nursing injuries suffered in the face of radical start-ups such as "fire" and "the wheel." And dread of the here and now has endlessly echoed through the centuries, with Julius Caesar and Louis XIV complaining no less than Bernie Sanders and Michael Moore.

Come to think about it, if the First Amendment were checked just enough to outlaw the phrases "the world is going to hell" and "in the good old days," the limited conversation around the dinner table and the corner bar would make a librarian smile.

But while my bitch may sound hackneyed and long in the tooth, I nonetheless fear there's something frighteningly new and chaotic in the air, something that could short-circuit our very ability to evaluate allegations of "strange and dangerous." This dark cloud, as I see it, is called "fake news."

Virtually unknown prior to the 2016 election, "fake news" has become the iconic concept of the Trump administration used to undermine extreme criticism and theoretically advance the president's agenda. In a nutshell, it's a sweeping and blanket condemnation of anything the White House deems hostile and counterproductive with essentially no appeal to conventional standards of argumentative and fact determination.

Because it is hopelessly biased, more interested in wrong-headed politics and policy than real truth-telling, "fake news" can be dismissed out of hand without the critical review of sources and hard evidence. Fake newsmakers, according to Donald J. Trump and his guardians, are simply big, fat liars.

During the first several months of 2017, I thought all the "fake news" tweets were nothing more than the new brand's political style and panache. Chief executives as diverse as LBJ, Ronald Reagan and Barack Obama all played a variety of rhetorical cards in Washington's power game. While the Trump strategy seemed to be unfolding in a more dramatically confrontational way, the eventual give-and-take of traditional governing would surely sort out sooner or later.

Yet the pattern of "fake news" accusations has only intensified over the last quarter, spurred on by the administration's frustration with Congress and public opinion. I am beginning to worry that "fake news" is not just a bad political strategy. More seriously, it represents an ill-conceived attack on the vital mechanism of communication and debate within a democratic society.

As odd as it may sound, the real danger of "fake news" struck me as I tried to imagine a version working within the context of agricultural markets. Specifically, I asked myself how "fake market news" would affect the practical tables of production, demand curves and multiple price levels.

For purposes of illustration, and hopefully a little fun, consider the following hypothetical:

At the end of a long Cabinet meeting, President Trump asks Ag Secretary Sonny Perdue if he has dinner plans. Fifteen minutes later, just the two of them are seated around a small table in the family quarters, munching on Iowa pork chops and growling over farm prices.

"I hope you don't mind meeting with me alone, Sonny," the president says as he scoops into his extra portion of ice cream. "Of course, you could tape our conversation like some other nut-job."

"Don't be silly, Mr. President," Perdue speaks into his lapel. "It's an honor to break bread with you, sir. But what exactly did you want to discuss? I know the situation room at Mar-a-Lago is waiting."

"As you know," the commander-in-chief begins, "I just returned from Des Moines where the majority of Americans insisted on another victory tour. The reception was tremendous, and I connected with every farmer in the huge crowd like a world-class field hand. While I thought the cheering would never stop, there seemed to be a mild discontent over low corn and bean prices. Perdue, I want you to fix that."

"We are making progress with the new trade undersecretary, Mr. President," the USDA head wades in cautiously. "Furthermore, in time ..."

"Take a page from my playbook, Sonny," the leader of the free world says impatiently. "These markets will do much better once you drive these unpatriotic vendors of fake market news out of the picture. Even I feel bearish after reading those depressing, unimaginative commentary from DTN and Reuters. Facts, facts, facts. Cut me a break. Where do they get all that unpromising statistical crap anyway?"

"Gosh, Mr. President," the secretary replies, swallowing hard. "I'm pretty sure they get it for us. Believe me, sir, the director of NASS is very competent and strictly a team player."

"Perfect, Secretary Perdue," the president concludes, moving toward the heliport. "Call that guy and let's meet Saturday on the back nine at Bedminister. We'll have these grain markets headed higher in no time."

Forgive the silliness, but I hope you get the point. A free, workable market cannot function if buyers and sellers actually disagree about what is fake and what is genuine news. To be sure, the interpretation of facts always differs among traders (e.g., how supply and demand interplays; how outside market factors affect core fundamentals; how shifting psychology and politics skew the perception of market news). But unless there's a general consensus regarding the credibility of data, the would-be arena for meaningful price discovery and marketing would be nothing more than a worthless showcase of chaos and panic.

My hope is that President Trump is slowly discovering that the same is true when it comes to successful governing. 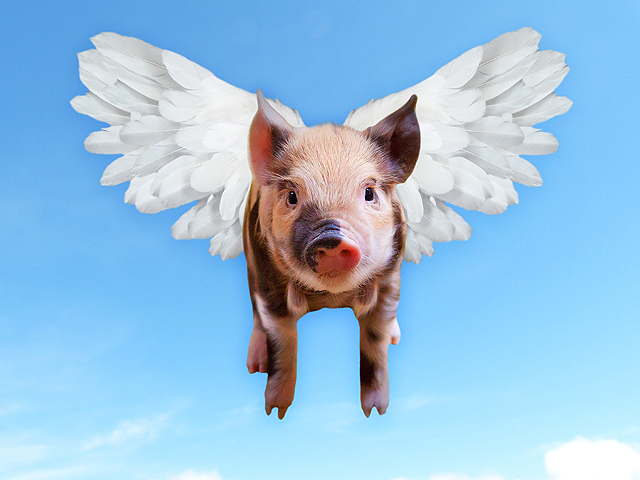