At the heart of a lawsuit filed this week in federal court, is one question: Do Americans have a right to know where the beef and pork they purchase comes from? It seems simple, but the issue comes twisted up with trade agreements, legalities and politics.

A legal challenge has been issued over the USDA's decision to revoke country of origin labeling (COOL) for beef and pork. The complaint lists plaintiffs as The Ranchers-Cattlemen Legal Action Fund United Stockgrowers of America (R-CALF USA) and Cattle Producers of Washington. It asks that COOL be reinstated, calling current regulation "unlawful".

Labels telling consumers where livestock was born, raised and slaughtered were used on most packaging from 2009 to 2015. However, after the U.S. lost appeals in the World Trade Organization (WTO) over the issue, and faced the threat of economic retaliation from Mexico and Canada, COOL was repealed in the Consolidated Appropriations Act of 2016. This, it was reported, was necessary to bring the U.S. into compliance with its international trade obligations.

The Federal Register in assessing "costs and benefits" of the removal of COOL for beef and pork, estimated benefits to producers, processors, wholesalers and retailers at $1.8 billion, noting this was largely in "cost avoidance" due to deregulation. The USDA stopped enforcing COOL requirements for muscle cuts and ground beef and pork effective December 2015. However, COOL requirements for chicken, lamb, goat, farm-raised and wild fish/shellfish, perishable agricultural commodities, peanuts, pecans, macadamia nuts and ginseng have remained in effect.

Bill Bullard says the repeal went too far. This chief executive officer of R-CALF believes the USDA went beyond what Congress and the WTO required, and says the agency is at odds with both the Meat Inspection Act and the Tariff Act of 1930.

"We've gone back to a time when the USDA's rules were inconsistent with the Meat Inspection Act," says Bullard. "From 2009 through the end of 2015, the law was properly administered, and imported beef was labeled through retail sale. In 2016, USDA threw out this provision. Their regulations now contradict the statute, and as a result both producers and consumers are being harmed."

Bullard says they expect to hear from the court within 60 days of the June 19, 2017, filing. He adds they have not limited this campaign to the judicial branch of government.

In addition, Bullard says they are reaching out to members of Congress asking for new legislation regarding COOL as part of the 2018 Farm Bill.

"So we are working with every branch to restore transparency and to help U.S. producers compete," he says.

COOL has been a sore topic for Arkansas cattleman Bill Yancey for some time now. Formerly a member of the National Cattlemen's Beef Association, the cow-calf producer left the group over the labeling issue, as well as use of beef checkoff dollars and concerns that importers on the Cattlemen's Beef Promotion and Research Board (CBB) were swaying NCBA's actions. He is now a member of R-CALF.

The CBB oversees collection of a $1 per head on all cattle sold in the U.S., and $1 per head equivalent on imported cattle, beef and beef products. CBB members are appointed by the Secretary of Agriculture, based on nominations from certified organizations representing beef and dairy producers in each state/region. Importer appointments are drawn from nominations by importer associations. A membership list can be found on the group's website (http://www.beefboard.org/…).

"My issue is that my check off dollars are supporting the sale of imported beef," says Yancey. "If I go to the store and buy some strawberries, guess what, it tells me where those berries were grown. Everybody deserves to know what country produced the food they are eating. I don't understand why beef and pork are any different."

The cattleman says he is not against imports; he only wants a label on the product allowing consumers to make an informed choice. And, he stresses, the issue is tied to others the industry needs to work through.

"To separate COOL from the beef checkoff misses the real issue," Yancey believes. "Checkoff dollars fund NCBA, a group that is against COOL. It seems to me that as long as NCBA collects dollars from importers and packers they will support imported beef. Packers are against COOL, so for me the two issues go hand-in-hand."

The NCBA has long supported labeling programs that are voluntary and help build market share for beef. Examples the group has pointed out in the past include "Certified Angus Beef" and Safeway's "Rancher's Reserve". In a column by 2013 NCBA president Scott George, it was stressed NCBA prefers the concept of marketing programs run by individuals with specific interests, as opposed to a labeling program run by the federal government.

Yancey believes when all is said and done, what's important is to have clarity. In his opinion, COOL would bring about that clarity.

"We need COOL back in effect. It doesn't hurt anyone. What's wrong with supporting the U.S. rancher? We are a dying breed. We need the Secretary of Agriculture to support U.S. beef over foreign beef. That's what we're asking for here."

At the time of our interview with R-CALF's Bill Bullard, his group had requested a meeting with Secretary of Agriculture Sonny Perdue, but had received no response.

NCBA declined to offer a statement or interview for this article.

Requests for a statement or interview from the USDA concerning the complaint were not answered prior to posting of this article.

The complaint filed in the U.S. District Court for the Eastern District of, a copy is available here: 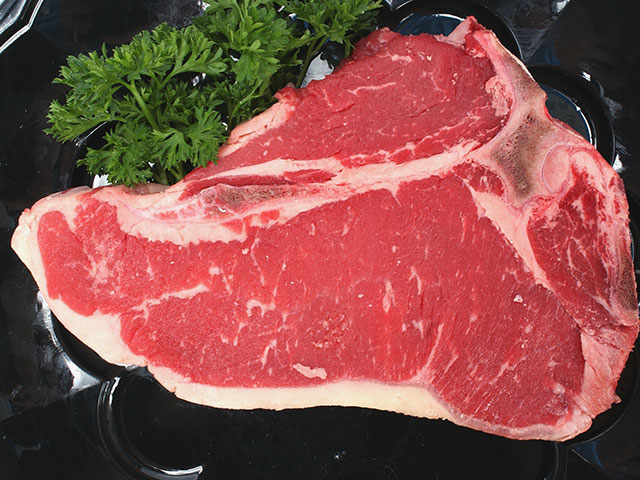