Whether you consider the current presidential torch as a promising beacon of hope and change or a dangerously broken flamethrower, I think we can all agree that Donald Trump does not hide his lamp under a bushel basket.

Well, you get the point.

For better or worse, President Trump is a leader that can't wait to get things off his chest, venting at his convenience before Congress, via Twitter, or over chocolate cake at Mar-a-Lago. And if a mirror or two should occasionally get in the way, who's to say the most powerful man in the world shouldn't throw a few kisses in that direction?

Actually, this week began with a White House lovefest that seemed both characteristic and extraordinary. The occasion marked the very first meeting of the full Trump Cabinet, and the president took the lime-lit opportunity to admire his remarkably successful leadership and invite departmental praise of the same.

"Never has there been a president, with few exceptions, who's passed more legislation, who's done more things than I have," Trump summarized matter-of-factly.

His expectant gaze then methodically made its way around the large table as Secretary This and Secretary That, one after the other, competed for the coveted Brown Nose Trophy.

If any of this sounds too snarky, you can blame my blessed mother who raised her Presbyterian children never to toot their own horn and be quick to applaud the efforts of others. Regardless of the agenda at hand, she taught me to bristle at the overly haughty, self-absorbed and arrogant.

On the other hand, I didn't fall off the turnip truck just this morning. I know that public service and politics naturally attracts (requires?) supersized egos, mightily ambitious men and women unafraid to bask in their own sun. Indeed, the banks of the Potomac River breed them like rats.

Furthermore, President Trump hardly wrote the book on dog-and-pony shows or mindless photo-ops. The sad art of media spin was perfected long before he branded his first casino and hotel. Like it or not, maybe this is simply how the game is played.

And yet, Mr. President, I have a suggestion. The next time you feel motivated to hoist the big flag of success, the ceremony stands to get more cheers and fewer jeers if the centerpiece accomplishment is undeniably positive. Believe it or not, just such a jewel in the form of renewed beef trading with China somehow managed to slip through your fingertips on Monday.

In fact, many of your loyal team members stood eagerly ready to lavish you with praise and credit for sealing a deal that had eluded less masterful negotiators for more than 13 years. But when a timely Trump cue failed to surface, key cheerleaders were forced to perform their routines and rah-rahs off-camera.

Secretary of Agriculture Sonny Perdue: "Today is a great day for the United States and in particular for our cattle producers, who will be regaining access to an enormous market with an ever-expanding middle class. Since he was elected, President Trump has brought momentum, optimism, and results to American agriculture families that we haven't seen in years and this agreement is a great example."

Secretary of Commerce Wilbur Ross: "President Trump is doing more to improve the U.S.-China relationship than any president in decades, and this final beef protocol agreement represents even more concrete progress."

Secretary of the Treasury Steven Mnuchin: "The ‎reopening of China's market to American beef is an example of the results-oriented approach this Administration has taken in our engagement with China. We will continue to work toward a more fair and balanced economic relationship with China by expanding opportunities for U.S. workers and businesses."

U.S. Trade Representative Robert Lighthizer: "I welcome China taking this important step to start allowing U.S. beef imports after shutting them out over 13 years ago. The President's firm commitment to fair trade that benefits the United States has made this new U.S. beef export opportunity possible."

My guess is that all of these guys would have preferred making these relatively substantive speeches at the Cabinet meeting rather than the obligatory spates of empty flattery. I bet even the president and the public at large would have heard them as more credible and sincere.

Why? Because all the smoke and sweet talk would have at least been wrapped in real news.

I'm sure many Trump critics will resist giving the administration credit for reopening China for U.S. beef. Specifically, they might argue that nothing new was placed on the table than that offered by either George W. Bush or Barack Obama negotiators. The trading doors have finally reopened because China decided the time was right, period.

But I think that's too easy, and certainly not how history will read.

For some reason (e.g., North Korea, our withdrawal from TPP, rising Chinese meat consumption and income), China has decided to dance with Donald Trump. This decision seems all the more incredible given how aggressively candidate Trump engaged in China-bashing through last year's campaign.

Most historians agree that presidential economic success lives or dies thanks to major business cycles that largely move outside the impact of short-term policies. Accordingly, I've read serious scholars who argue with great skill that neither the policies of Reagan nor Clinton were essentially responsible for the impressive expansion of the 1980s and 1990s. That may be interesting stuff to chew on, but the fact remains that history typically bestows credit or blame to the person behind the wheel at the critical moment in time.

That's why President Donald Trump will always find at least one accomplishment impossible to exaggerate. Somehow, someway, Trump has managed to help engineer the opening of the biggest export market the U.S. beef industry will ever see.

Not bad for a high-maintenance ego who orders his steak well-done with ketchup. 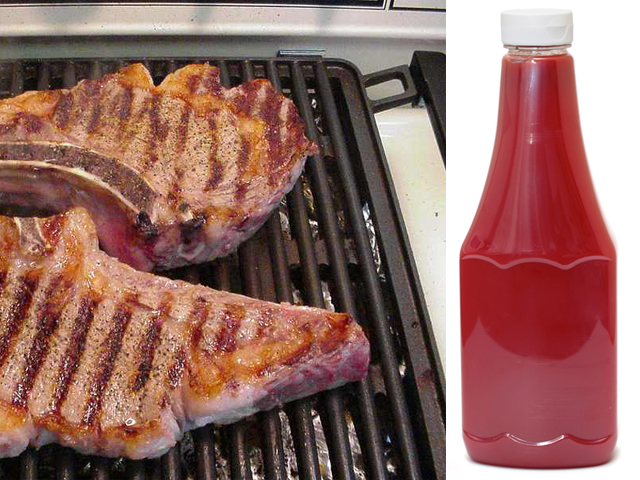