LINCOLN, Neb. (DTN) -- In a united showing on trade relations by Mexico and the U.S. Corn Belt, a Mexican trade delegation on Tuesday held a press conference with the governor of Nebraska and leaders in the U.S. corn and grain industries to stress the case that very little should change when it comes to agricultural trade between the U.S. and Mexico.

The event was meant to address concerns by the Mexicans that grain trade could get disrupted because of political saber-rattling over trade deficits. Gov. Pete Ricketts, a Republican, and leaders in the grain industry sought to alleviate some of those fears.

The Mexican grain buyers spent part of the day meeting with farmers and touring a rail-loading facility where corn is loaded and shipped directly to Mexico. Later in the afternoon, the delegation, made up of cattle feeders and dairy producers, met with Ricketts as well as members of the U.S. Grains Council leadership, National Corn Growers Association staff and the Nebraska Corn Board.

"In fact, if you look, about one out of every 10 acres in this country is planted for export to Mexico," Ricketts said.

The governor stressed the importance of not disrupting current trade relationships as the Trump administration pushes to renegotiate the North American Free Trade Agreement. He noted the state has roughly 34,000 jobs that rely directly on trade between Mexico and Nebraska. "You are talking about billions of dollars' worth of trade if you disrupt this relationship," Ricketts said.

"No industry here in Nebraska has approached me and said there is a problem with NAFTA," Ricketts said.

Filipe Basarte, a purchasing manager for Quertaro State Cattle Union and a representative of the Mexican feed association CONAFAB, said livestock producers in Mexico are concerned about the rhetoric from Washington. He cited that the feed association CONAFAB represents buyers of roughly 80% of all the corn shipped from the U.S. to Mexico. They have a significant stake in the trade relationship, but they don't want their business taken for granted, he said.

Basarte cautioned that if the U.S. were to tax grain exported to Mexico, that would harm the grain trade between the countries. The U.S. is not proposing any kind of export tax, but if the U.S. were to tax Mexican imports of other goods, then it is likely reciprocal taxes would be imposed by Mexico. Such a tax would mean "U.S. grain would not be attractive to us anymore," Basarte said.

The few days in Nebraska helped ease some fears for Basarte and others on the trade mission, he said. "When we go back to Mexico, we can tell our partners we know NAFTA has to be modernized, but not the agricultural part," Basarte said.

Mexican corn buyers are looking for other options to buy grain, Basarte said. Just last week, some members of his association were in Brazil. "Mexico's government is looking for ways to make it easier to trade with Brazil," he said. However, Basarte added that Brazil currently doesn't have the infrastructure or logistics to get corn to Mexico as cheaply as the U.S.

"We want to make note we are looking forward to continuing our relationship," he said.

Basarte said Mexican businesspeople want to know who is standing up for the trade relationship in Washington. He indicated he and others in the trade delegation got a clear message that agricultural leaders are strong supporters.

Jon Doggett, executive vice president for policy at the National Corn Growers Association, said reaction was swift two weeks ago when word leaked that President Donald Trump was looking to withdraw from NAFTA. In his time as a lobbyist in D.C., he had not seen the level of concern from corn growers and other farm organizations that happened within hours of people hearing about the administration proposal.

Doggett added, "This rhetoric is making a difference and it's not a good difference. If we continue down this road, it's going to have a negative impact. How much, we don't know."

Tom Sleight, president and chief executive officer for the U.S. Grains Council, said there are some modernization changes that could happen to improve NAFTA in areas of biotechnology or sanitary agreements, as well as updating language about how such disputes are settled. Some of that language was in the Trans Pacific Partnership that Trump withdrew from in his first days in office.

"There are very small changes that could be made, but we want to see this trade maintained because this is our very best customer," Sleight said.

Once the Mexican delegation leaves Nebraska on Wednesday, the group will fly to Washington, D.C., where the grain buyers are expected to meet with some senior members of Congress who focus on agriculture and trade. 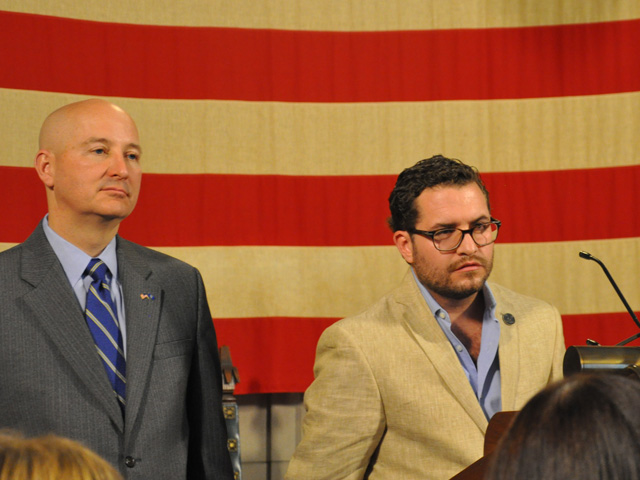