Question: I have a young cow, on her second calf. She has a rather ugly udder and two overly large teats. The calf is doing fine but won't suck those two teats. Disposition-wise, the cow is a little high-strung, and I have problems milking those teats out. If I use a little metal tube insert to drain the milk, will it cause permanent damage to the udder?

Answer: This cow has a condition commonly called "balloon teats." Teat and udder quality is a major problem. It is a Top-4 reason for culling cows. The Beef Improvement Federation has a teat and udder scoring system to help producers make culling decisions (beef.unl.edu/learning/udder_score.shtml). In addition, the Hereford breed has developed expected progeny difference (EPD) scores for udder suspension and teat size.

A cow's udder is an amazing structure. At the end of the teat is a complex structure called the "street canal," a one-way valve that releases milk to the calf but keeps infectious organisms out. A large metal "teat needle" as you describe can introduce these organisms into the teat and udder. Even worse, it can temporarily or permanently damage the street canal, making the udder much more vulnerable to infections.

On a few exceptional occasions when I could not milk out a teat, I have used a much smaller, single-use sterile plastic cannula to drain it. In some of these cases, the calf has been able to begin nursing the teat afterwards. But, it's important to note the condition will recur with the next calf, and it will usually be worse. This condition significantly reduces milk production and weaning weight of the calf. There is also a very real chance the calf does not receive adequate colostrum, which affects its performance even into the feedlot. In a worst-case scenario, the weaning weight is reduced to zero because of death of the calf. I advise you to sell this cow and cast a questioning eye to her dam and sire. This is not something you want in your herd. 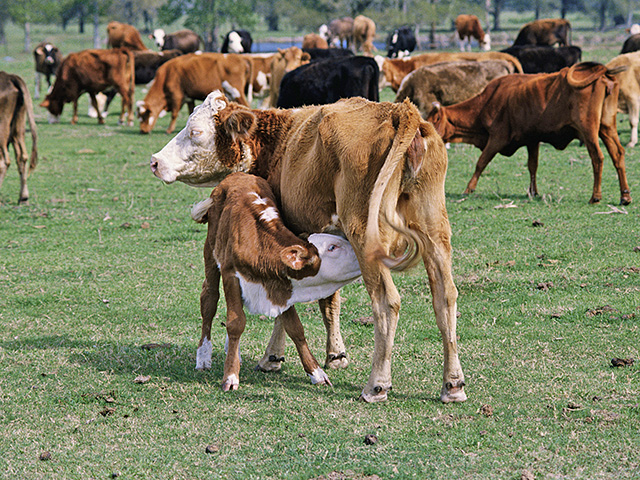