This year, for those willing to take a gamble on retained ownership, there may be more ups than downs. It all depends on the operation, says Lee Schulz, who believes the practice could help improve margins. But it won't come without added risk.

"Delaying cattle sales exposes an operation to down-side price risks. When considering retained ownership, it is imperative you receive enough value for the risk you shoulder," says the Iowa State University ag economist.

Brian Bentley agrees. "From a cow/calf standpoint, retained ownership is a little more risky because of the market volatility," notes the head of S and B Feedyard, in Macedonia, Iowa.

"The last two years, the cow/calf people looked at the dollars and profits, and took the money and ran. Now, though, they need to look at their options. They can pick up an extra $50 a head or so by finishing the cattle."

A Tighter Herd. Scott White's first foray into retained ownership was in the late '90s. The Castlewood, Virginia, producer was trying to add more dollars to a dismal calf market. He started by sending two to three loads a year to a feedyard in Friona, Texas.

"Some years we did better retaining ownership, and some years we would have done better selling our calves after weaning and backgrounding. We were satisfied with retained ownership, though," he remarks.

Along the way, White transformed his herd and feeding location. He went from 200 head of what he describes as "mongrel cows" to more than 500 head of Angus-based cattle. He tightened the breeding season from 120 to 60 days and moved his retained ownership enterprise to the Tri-County Steer Carcass Futurity (TCSCF) program, in Lewis, Iowa, and Bentley's S and B Feedlot. At those locations, his steers are marketed on a quality-based grid.

Risk Management. If the idea of retained ownership seems appealing, there are ways to reduce the risks.

Those are tools White used and continues to use. "I buy puts and put a floor under them to hedge against a loss," he says. "You also need capital or a line of credit. You're going from selling your calf crop a year after they're born to waiting a year and a half to sell them."

Bentley advises: "Look at your bottom line and know what it will take for you to make money or break even. Know what you have in that calf and what it takes for you to maintain that cow for a year."

White took part of the risk out of feeding by knowing his cattle, Bentley adds. "Scott White bred for feed efficiency. He knew his steers would finish out around 1,300 pounds and his heifers at 1,225 pounds, with feed conversions of 5.8 to 6.0 pounds of feed to 1.0 pound of gain. They usually averaged 95% Choice."

"You need the right kind of cattle, Angus or an English base. They take less feed to finish," he explains.

He also tries to avoid lowered performance caused by sickness and profit losses from death.

"One year, we lost four or five head," he recalls. "We found out we were giving vaccinations too far apart, and we changed that. So you need a good vaccination program, and you need to vaccinate at the proper time."

White credits a 60- to 90-day weaning and backgrounding program with boosting immunity levels of calves. Typically, he would wean spring-born calves in mid-September and put them in his weaning lot for 25 days. Then, he would move them to his backgrounding lot until they shipped in December.

"They would weigh 675 pounds by the time we shipped them, and they would have very little sickness," he says.

But even with stacking the deck in his favor, White says there were "years we made $125 to $150 a head and years we lost $50 a head." Still, he recommends, "Try it. Start out feeding part of the calves and selling part of them after weaning." 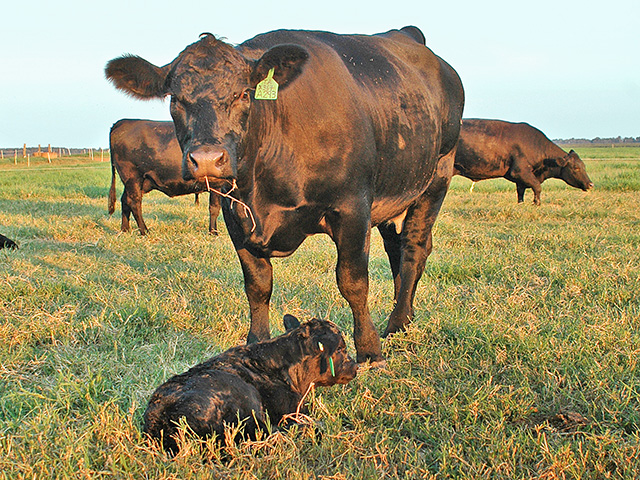