Some called him the King of Wisner. Admirers with less of a dramatic flair referred to him as the master of two-way cattle. But most in his wide circle of friends within Cuming County, Nebraska, and the beef industry at large simply called him "Louie."

Though Louis Dinklage has been dead for more than 30 years, his name still causes more than a few ears in feedlot country to perk up. Part of this enduring attention is understandably tied to Dinklage's historical contribution to the development of large-scale cattle feeding.

For those of you who are still drawing a blank, permit me to draw a brief sketch of this man's remarkable career, the story of how one hard-working farmer-feeder created a cattle-feeding empire long before technology was ready to make such a process significantly easier.

Born in 1902 to German immigrants of Wayne County, Nebraska, Dinklage was quickly assigned to full-time farm work after graduating from the eighth grade. Apparently, it didn't take too many struggles marketing grain by the rickety wagonload for his father, Fritz, to seize upon the wisdom of walking the corn crop to town via feeder steers and heifers.

And the ensuing parental lesson did not fall on deaf ears, especially given the fact that Louie's were already burning with the love for livestock.

By the 1920s, Louie owned 160 acres of land and 25 head of cattle. The seeds of greatness had clearly been planted. Toward the end of his life, he confessed of a youthful ambition to someday be the feeder of 1,000 head of cattle. It turned out to be the dream of a piker.

While the Great Depression sent many of his neighbors to the poor farm, Dinklage somehow found a way in the 1930s to kick beef production into high gear. By the middle of the decade, he was feeding between 3,000 and 4,000 head, an extraordinary population at a time when virtually all feeding chores were done by hand and horse.

For example, when to handpick 100 bushels of corn was considered a better-than-average day's work for a single man, he once picked 237 bushels. In 1923, the young Dinklage won the Nebraska State Corn Pickers Contest.

Of course, bankruptcy court has always been packed with determined men and women unafraid of hard work and long hours. Besides an incredible stamina to scoop feed, snow and manure, Louie Dinklage had a unique talent for marketing fed cattle, for the ability to somehow find the profit needle in the largest, moldiest haystack on the back eighty.

Keep in mind that here was a dude who actually managed to significantly grow his feeding business through the early Dirty Thirties when cattle prices barely hovered over 4-5 cents per pound.

Whatever exactly comprised the Dinklage magic, his Midas touch just kept compounding. By the mid-1960s, Louie was feeding more than 65,000 head at one shot, widely considered to be the largest cattle feeder in the entire country. Not bad for an eighth-grade dropout from Wisner.

As strange as it may sound, these memories of Mr. Dinklage were prompted by last month's release of the Feb. 1 on-feed report.

Stranger still, my thoughts were jarred more by the report's form than content. Specifically, the feedlot inventory expanded the statistical landscape by introducing new placement weight categories. Instead of lumping all big feeders (i.e., weighing 800 pounds and greater) into one group, NASS will now gather and publish data on the following subcategories: 800-899 pounds; 900-999 pounds; l,000 pounds and greater.

Now there's nothing earthshaking per se about USDA tinkering with a long-established database and suddenly throwing in a few new screws.

Indeed, if you look through the long history of on-feed reports, significant changes in the survey procedure and format are really quite common.

Although government enumerators were busy as early as 1867 guessing the size and value of the nation's cattle herd (i.e., 28.6 million, averaging $19.13 per head), the first annual estimate of on-feed activity didn't surface until 1930. Regularity didn't start to crawl forward until the late 1940s. In 1955, the updates become quarterly, and by 1960, the on-feed ritual finally fell into its monthly groove.

The scope and sequence of the questions asked cattle feeders over the years have varied widely. Data groupings have moved from regional to 23 states to 13 states to seven states and then back again to 13. At different times, there have been questions regarding how long cattle have been on feed (e.g., under three months? over six?), intended quarterly marketing, and specific slaughter market used.

Reporters have long been interested in collecting cattle weight information with quarterly breakdowns standard between 1965 and 1995.

Yet, prior to 1996, weight data was tied to the entire feedlot population and not just the size of feeder cattle placed during the previous. While we no longer bother looking at the weight breakdown of all steers and heifers on feed (the correlation between these totals and actual slaughter was never very impressive), USDA apparently finds value in further fine-tuning placement weights by adding categories on the heavy end.

It was exactly this new focus on heavyweight placement activity just unveiled that triggered my walk down memory lane. Why? Because few have ever been more creative with the use of big feeders (i.e., really big) than Louie Dinklage. Depending on his sense of short-term market prospects, the line between a dangerously fat steer and a framey yearling with plenty of room could be extremely thin.

Retired truckers still tell stories of loading Dinklage cattle at the sale barn and not knowing until the last minute whether they were headed to the packing house or feedlot. Of course, those were the days when fully functioning live futures made the two-way cattle game considerably more viable. And nobody played it better than Louie.

If we could simultaneously resurrect Dinklage and board convergence, the newly minted placement weight categories might open the door for better marketing and profit opportunities. But without reinvigorating at least the latter, I for one can't see how these additional numbers stand to make much difference, either in terms of market understanding or moneymaking strategy. 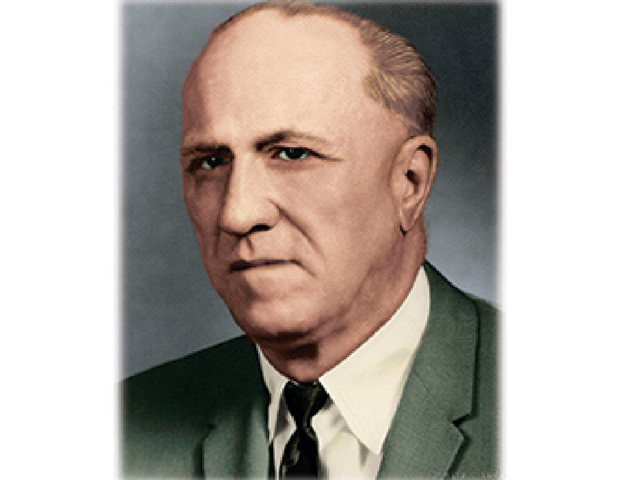