OMAHA (DTN) -- Environmental groups are asking the Scott Pruitt-led U.S. Environmental Protection Agency to do something not even the previous pro-regulation administration would do -- tighten Clean Water Act regulations on concentrated animal feeding operations.

A petition filed with EPA by Food and Water Watch and 34 other environmental groups, essentially is a wish list that includes regulating all CAFOs as pollution point sources, including the spreading of manure in fields, runoff from CAFO production areas, and not allowing CAFOs to claim the CWA agriculture exemption for stormwater discharges.

The groups said in the petition EPA's inaction has led to a patchwork of state laws, many of which have been ineffective in reducing water pollution.

In the petition, the groups ask for the agency to promulgate new CAFO rules.

"This petition paves the way for EPA to finally regulate CAFOs as required under the Clean Water Act, and explains that allowing CAFO pollution to continue unabated by maintaining the woefully inadequate status quo would violate federal law," Wenonah Hauter, executive director at Food and Water Watch, said in a statement.

"Pruitt's record as Oklahoma attorney general shows that he's only looking out for industry interests, including the interests of polluting factory farms. But the EPA is legally bound to protect communities from pollution, and we intend to hold the agency accountable for doing its job."

Scott Yager, environmental counsel for the National Cattlemen's Beef Association, called out the groups' petition in a statement to DTN.

"It's frivolous and they are now grasping at straws simply because they do not like the new (EPA) administrator. Instead of trying to force more regulation, these groups would be better off spending their time and resources working collaboratively with farmers and ranchers who work diligently to care for our natural resources."

The likelihood of success for the petition may be low, as Pruitt has indicated plans to reduce the regulatory reach of the agency. For example, the agency announced in recent weeks it was reviewing the waters of the United States, or WOTUS, rule with the possibility of rewriting the rule.

Among the relief requested in the latest petition is for the EPA to establish a system that assumes "certain CAFOs" discharge and are either subject to national pollution discharge elimination system, or NPDES, permitting or "must rebut the presumption by demonstrating they do not discharge."

The groups also ask the agency to revise the law so that "no discharges resulting from CAFO activities are exempt as non-point source pollution."

EPA also is asked to revise "certain definitions" in the CAFO regulations and to require all CAFOs to undertake water-quality monitoring.

"EPA's current CAFO regulations are failing to achieve the mandates of the CWA to permit point source dischargers of pollution, require pollution reductions based on appropriate technology-based standards, and ultimately eliminate point-source discharges to navigable waters," the petition said.

"The CWA prohibits the 'discharge of a pollutant' by any person from any point source, unless in compliance with a NPDES permit. Nonetheless, as discussed supra, EPA's CAFO regulations have failed for decades to reliably bring discharging CAFOs into the NPDES permitting program."

The groups said the only way to reduce runoff from CAFOs is to require all such operations to obtain NPDES permits.

"To do so in a way that is consistent with recent case law, EPA must establish a presumption that certain operations actually discharge, as opposed to having the potential to discharge or proposing to discharge," the petition said.

The groups point to recent judicial decisions related to CAFOs "undermines" the agency's attempts to regulate such operations through the NPDES permitting system.

In Waterkeeper Alliance v. EPA, the U.S. Court of Appeals for the Second Circuit vacated a requirement for large CAFOs to apply for permits, or to secure a determination that CAFOs have no potential discharges.

"In this case, there is overwhelming evidence that many CAFOs actually discharge, so an evidentiary presumption to that effect is appropriate and necessary," the groups argue in the petition.

"EPA's own data already reflect much more than the 'rational connection' between the design, construction, and operation of many CAFOs, and their actual discharges, that would be needed to uphold such a presumption."

The groups allege in the petition that science points to a need for EPA to regulate runoff from production areas and from fields where manure from CAFOs is spread for nutrients benefits.

In addition, they suggest ventilation systems on CAFOs "also lead to surface water discharges" and should be regulated.

"The stated objective of the CWA is not merely to reduce, but to eliminate pollution discharges to navigable waters," the groups said. "Yet the current regime essentially allows CAFOs to determine for themselves whether they are subject to regulation, an approach that has resulted in wildly inconsistent and inadequate permitting at the state level, along with widespread unregulated pollution from CAFOs."

The groups point to a 2001 preamble to a proposed CAFO rule from the agency that said about only 2,500 of the 12,000 CAFOs that "should have applied for permits at the time had done so."

The petition alleges the agricultural stormwater exemption does not apply to CAFOs.

"Despite the fact that the environmental impacts from land application of manure are well known, EPA has adopted an overly broad reading of the agricultural stormwater exemption that has tied its hands from regulating much of this CAFO pollution," the group said.

"The CWA specifically excludes 'agricultural stormwater' from the definition of point source, but does not define the term, leaving some discretion to EPA to interpret the exemption's scope in light of the statutory context." 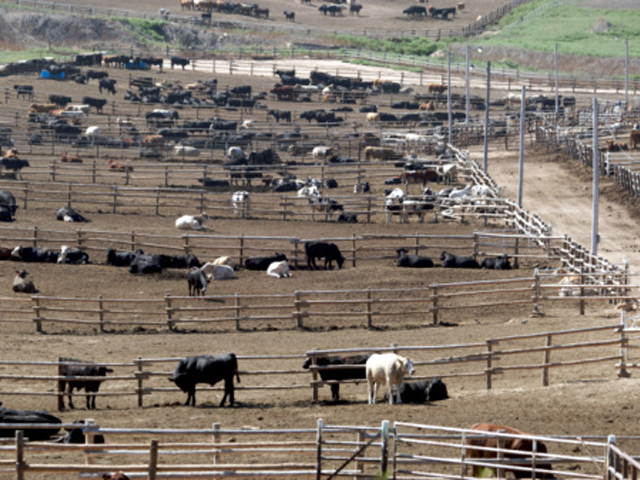