NASHVILLE, Tenn. (DTN) -- The mood was palpably thrilled about the majority of policy expectations at the Cattle Industry Convention this week.

On Thursday, officers, lobbyists and attorneys for the National Cattlemen's Beef Association gave updates on their expectations for the new administration.

"It's a long list and we don't know which ones will pop to the top with the new administration, but it may be an opportunity to work on things we haven't been able to for the past eight years," Houston said.

A case in the 6th Circuit Court considers if EPA's waters of the U.S. rule is legal or illegal, but the case is on hold due to the recent acceptance of a petition to the Supreme Court. The Supreme Court will hear oral arguments in April addressing whether the lawsuits against the rule should begin at the district court or appeals court level.

Yeager pointed out the Supreme Court hearing has put a hold on the rule and its cases, which could mean new leadership will be in place at EPA by June when the decision would be announced.

Yeager also praised EPA nominee Scott Pruitt, who is waiting floor action in the Senate on his confirmation. NCBA and 37 state cattlemen's associations issued letters backing Pruitt when his nomination was announced.

After a question concerning Pruitt's role in ongoing cases brought against the EPA as Oklahoma attorney general, Yeager said, "There are ways that he can play a part in those conversations without being a formal part of those conversations. He will probably go with a deputy administrator on some of those cases."

"He [Pruitt} said he would defer to the ethics counsel at the EPA. She's going to give him direction on what he needs to do and he's going to do it," Yeager said.

LOOKING AHEAD TO FARM BILL

NCBA has several priorities for a farm bill, including more investment in research and conservation, as well as an animal pest and disease disaster-prevention program. NCBA is one of multiple groups arguing for the need to create a vaccine bank.

Cooke said a vaccine bank needs to be "fully funded and can respond to any size outbreak. She added, "It makes more fiscal sense to spend money now than down the road if we were to have an outbreak."

On other issues, Cooke said NCBA might have to play defense" on the possibility that country-of-origin labeling could return or members of Congress could agree to some livestock marketing rules.

Policy chair Houston told DTN, "We think Mr. Perdue, as a practicing veterinarian and a guy who's had cow-calves and someone who understands the industry, will be an asset to the beef industry and agriculture as a whole."

Withdrawal from Trans-Pacific Partnership negotiations was a major disappointment for the ag industry.

"We are going to try to work with this new administration. This is our new government and the new position," said Kent Bacus, NCBA's direct of international trade and market access. "We are going to continue to educate them on the principles of TPP."

Bacus noted TPP would have taken the tariff in Japan on beef from 38% to 9%, which would have allowed more access for American beef in Japan. Australian beef will have a tariff rate advantage over American beef once their market recovers.

On the NAFTA front, Bacus said Wilbur Ross will be expected to lead any negotiations. He also noted more subdued phrasing coming from the White House regarding dissolution of NAFTA.

NCBA's position is "exports create jobs and trade needs to continue to be a priority. We need to combat this anti-trade rhetoric," Bacus said.

Bacus expressed NCBA's hopes that the Trump administration will fill the role of undersecretary of trade at USDA to focus on trade enforcement issues. Trump's tough talk of enforcement provides some hope for that.

And, if the administration indeed decides to pursue bilateral trade agreements instead of multilateral, as has been indicated, Bacus says NCBA will encourage Trump's trade team to pursue agreements with top export markets to preserve market access for American beef and other products.

Bacus says NCBA is also monitoring mistreatment of American beef in the European market, researching border adjustment tax, market access in China in light of tough talk from the White House regarding tariffs and monetary policy and the Trump administration's talk of trade enforcement.

In addition, NCBA continues to oppose the rules from the Grain Inspection Packers and Stockyards Administration known as the Farmer Fair Practices rules.

"We have worked hard to produce high-quality beef in this country, and we sort of hang our hat on that," Houston told DTN.

She said the new rule lowers the burden of proof for the producer, which puts the buyer at risk.

"If a packer pays farmer A this and rancher B that, then he's setting himself up for liability," she said. "The fear is, and the reality is that in order to mitigate that liability, they will pay everyone the same [price]. And I guarantee we won't all be paid the higher price, we'll fall at that lower price."

Houston said reasons the buyer might pay a higher price could include a known history of quality with a certain producer, genetics of the cattle and knowledge of how the cattle could perform in the feedlot.

"That's really put at risk by the gray area in the regulation, so we think it has the potential to be a trial lawyer's bonanza," Houston said.

Virginia Harris can be reached at virginia.harris@dtn.com 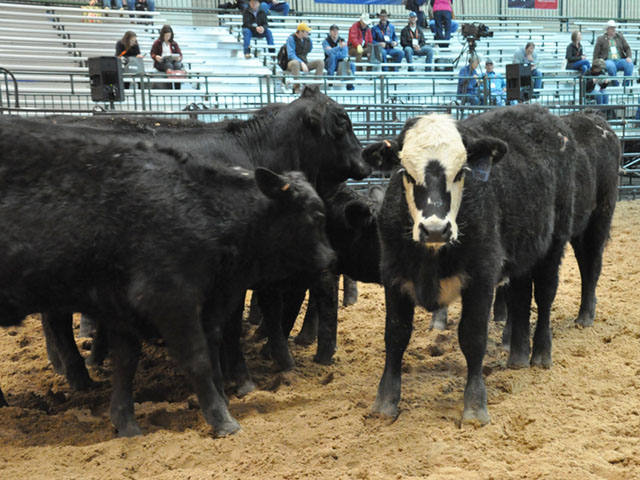