E. B. Harris is a veteran in the stocker business. For more than 40 years, the Warrenton, North Carolina, producer has backgrounded calves from his own cow herd, plus 100 additional 350- to 400-pound calves from sale barns and local producers. He's learned a thing or two in the process.

"The key to dealing with these lightweight calves is to find out if they've been weaned and what kind of health plan and mineral plan they've been on," the cattleman noted. "When they first arrive, I give them very palatable hay and fresh water in a small, shady pasture where I can watch them closely for two weeks."

This year, Harris is using a home-blended ration of 25% corn silage, 25% cotton gin byproduct and 50% good-quality hay -- all mixed in a tub grinder. He starts calves on the feed by sprinkling it on hay. The feed is top-dressed for seven to 10 days, along with Aureomycin Crumbles (chlortetracycline) that provide broad-spectrum antibacterial activity for animals in starting programs. Calves also receive clean, fresh water and free-choice minerals with vitamins A and D.

While cotton gin byproduct doesn't sound appetizing, it's usually free and can be used as a roughage in feed for beef cattle. The nutrient content is similar to that of low-quality grass hay.

When calves are ready for pastures, Harris gradually lowers the percentage of hay in their ration and raises the corn silage percentage. He continues feeding the ration at 2% to 3% of body weight or 10 to 15 pounds of feed per day for a 500-pound calf. This ration, along with good-quality grass, produces gains of 1.75 to 2 pounds per day. He said he wants to keep calves growing without getting fleshy. Harris continues this feeding program until animals reach approximately 1,000 pounds. He then sends them on a retained-ownership agreement to a feedlot for final finishing.

Veterinarian John Currin wears two hats. He's a Virginia stocker operator and also an Extension veterinary specialist at Virginia Tech. He said high-fiber grain byproduct rations are important for lightweight calves, and their feed should include less than 50% high-starch grains, such as corn, wheat, barley or oats.

"We don't want a significant amount of high-starch grains in rations for incoming stockers. A few of the calves may overeat and get sick with grain overload," the veterinarian cautioned.

His initial ration for calves purchased from a stockyard contains 10% cottonseed hulls, 30% corn gluten, 30% wheat midds and 30% soy hulls. Currin buys 100 head of stockers annually from sale barns in the state and runs them on farms in the Blacksburg area.

Although cottonseed hulls aren't high in nutrition, Currin includes them in receiving rations because they are highly palatable, and calves readily eat them. As the animals grow, he drops the cottonseed hulls and feeds a ration of one-third corn gluten, one-third wheat midds and one-third soy hulls. He includes ionophores (Rumensin or Bovatec), which are feed additives that alter rumen fermentation to increase feed efficiency. At today's commodity prices, a homemade feed such as this costs approximately $200 per ton.

Wheat midds and soy hulls are two of Currin's favorite high-fiber commodities. Corn gluten and distillers grains can be good options, too, but he said they are high in sulfur and can cause sulfur-induced polio if fed at high levels to young calves. Another consideration, he said, is to be aware some generic commodity feeds contain high levels of peanut hulls, which have no nutritional value.

"If you purchase generic commodity feed products, know what is in the feed. During the period of high grain prices, we ran into a problem with stocker producers not getting gains they expected. After looking at the feed they were buying, we found high levels of peanut hulls. Soybean hulls make good feed, but peanut hulls and cottonseed hulls have no nutritional value," he said.

Currin pointed out that stocker producers can make higher profits by supplemental feeding of stockers when pasture quality is medium to low or availability is limited. "Average daily gain is the most important factor in profitability. Some producers don't want to feed stockers in the summer when grass is growing, but our research shows a return on the feed investment if the rate of gain increases," Currin said.

"In 2014, almost everyone made money in the stocker business. It looks like we're headed back to our long-term average of $0.60 to $0.70 value per pound of gain. Under this kind of price outlook, keeping average daily gains high is more important than ever," Currin said. 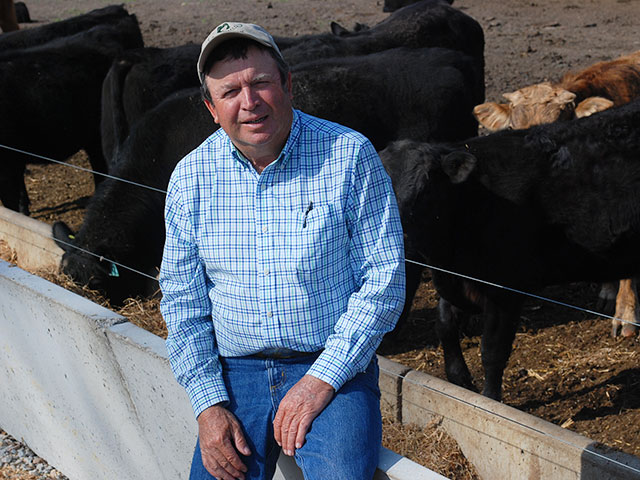