His 690 John Deere combine broke down about a quarter of the way through harvest on his 4,000-acre farm south of Kansas City.

The breakdown came after his local dealer did work on the machine to make sure it was ready to roll. The mechanic installed a new unloading chain that came off in the middle of harvest.

"And as I was putting it back on, one of my employees was looking at the diagram and he said 'Well, that thing's not routed correctly,'" Wilson said.

"And sure enough, on the rear cross auger, the chain was hanging over the top of the sprocket, and it should have been underneath of the sprocket. So, my cross auger was moving in grain to the other side of the grain tank. They put the unloading chain on incorrectly. And so, this just continually happens. Sometimes it takes a week or two weeks to get a technician out to come look at something."

Equipment manufacturers currently will not allow farmers the hardware or software needed to diagnose a problem, much less repair it. So, dealers must send their teams out to the field to diagnose a problem and likely order parts, then come back out to make the repairs. There may be other complications with repairs.

Last planting season, Wilson said, he had a costly problem with his planter. About 20 to 30 acres into planting, he received a warning code that the planter couldn't automatically regenerate itself. Wilson attempted to reset the planter but to no avail.

He called out a technician who decided there was some intermittent signal going to the exhaust gas temperature harness.

"And so, the next day, he came out and brought one of those and he put it on, and he performed a service regeneration that took five hours," Wilson said.

"So, I started at about 6 o'clock that night planting until somewhere between 1 and 2 in the morning, and it did it again."

That's when the machine quit running in the pitch-dark night.

Wilson whipped out his phone flashlight to take a look.

"I had replaced that turbo sensor because that's the easiest place to start," he said. "And what I found was that the same harness that turbo sensor is on and that exhaust gas temperature sensor -- it's all on the same harness. So, when you have two sensors that are malfunctioning on a harness, you start to look at the harness. So, I found that harness, and I just jiggled it to see if I could get a connection."

Wilson had to stop every eight to 10 hours for about two weeks to wiggle the harness "just right" to keep the planter running.

The incidents were just the latest in a long line of equipment troubles Wilson has faced in the eight years he's been back on his fifth-generation family farm.

Wilson's stories of lost work time on the farm waiting for help from equipment technicians aren't unique. Many farmers across the country have faced similar issues -- not being able to repair their own machines without help from a technician.

"I'm losing days -- March, April, May, June now. Every day I'm not getting my crop in, I'm losing yield and I'm losing revenue potential. So, it's been hundreds of thousands of dollars. I'm not getting calls from the field for guys about what's going on. I'm actually living the experience in writing the checks."

In September 2018, the Equipment Dealers Association, a trade and lobbying group that represents John Deere and other manufacturers, committed to make repair tools, software and diagnostics available to the public by Jan. 1, 2021.

On Monday, more than one year later, Deere announced the May release of the "Customer Service ADVISOR," the tool that was to be released for purchase in January 2021, https://www.deere.com/….

What's notably absent from the release, Wilson said, is an inclusion of the emissions module.

In addition, providing remote access to download payload files to controllers "won't work on older legacy machines that aren't equipped with a 4G modem -- most of my machines," he said.

"Without the dealer technical assistance center and the emissions module, I can't diagnose many problems on these machines anyway to make having remote access to the payload files matter," Wilson said.

Melissa Palmer, director of communications and marketing for the EDA, said dealer members of the group have and continue to offer diagnostic tools and equipment for sale. The EDA maintains a list of those tools available at https://www.equipmentdealer.org/….

"While we can't speak to any individual farmer's experience or lawsuit (nine class-action lawsuits filed)," she told DTN, "we can say the industry has met its commitment to support the end user's right to repair its equipment. These offerings will continue to improve as the equipment becomes more sophisticated and precision agriculture becomes more vital."

Palmer said while EDA supports the right for equipment owners to diagnose and repair equipment, "We strongly oppose legislation which will allow illegal modification and tampering of equipment."

LB 543 in the Nebraska Legislature is about one-fourth of the way through the process and may or may not get an up or down vote before the current session ends April 20.

The EDA strongly opposes LB 543, Palmer said, and "any legislation that would enable illegal modification or tampering" of federally mandated safety and emissions features.

"Ironically, farmers and end-users will suffer the most if this legislation passes," Palmer said. "Those groups will see trade-in values decrease, supply chain delays increase, and advances in precision agriculture stagnate."

Stephanie See, director of state government relations for the Association of Equipment Manufacturers, offered a statement in response to DTN's request for comment on right-to-repair legislation.

"Equipment manufacturers have always supported a farmer's right to safely maintain, diagnose, and repair their equipment," she said. "That is why we remain committed to helping farmers reduce downtime and maximize productivity. We will continue to work with elected officials on commonsense, bipartisan solutions to strengthen the agricultural economy and revitalize rural America."

The right-to-repair movement is gaining steam across the country. Two new class-action lawsuits were filed against John Deere last week, bringing the total to nine.

The lawsuits filed are essentially the same -- all farmers claiming anti-trust damages as a result of repair contracts with John Deere, and all seeking to have access to diagnostic software and other information to allow them to make their own repairs. All the cases alleged the company violated the Sherman Act and seek damages for farmers who paid for repairs from John Deere dealers beginning on Jan. 12, 2018, to the present.

In January, Forest River Farms in North Dakota filed the first class-action suit against Deere in federal court in Illinois. It's a lawsuit Wilson said he may join.

Now, farmers and other business owners have filed similar lawsuits in Tennessee, Oklahoma, Minnesota and Alabama, as well.

John Deere has declined comment to DTN on pending litigation.

Despite the outcry from many farmers, legislative attempts to help producers have been slow to develop.

Earlier this month, Wilson testified in favor of HB 2402 in the Missouri House of Representatives.

The bill, sponsored by Republican Rep. Barry Hovis, is similar to the Nebraska bill in that it would give consumers access to diagnostic equipment and tools to make repairs on equipment, including farm equipment, that they purchase. That bill remains in committee.

In the U.S. Senate, Sen. Jon Tester, D-Mont., introduced the "Agricultural Right to Repair Act" on Feb. 1. Tester spoke about the bill during a keynote address at the National Farmers Union annual meeting in Denver earlier this month. Tester said the bill would require equipment manufacturers to provide software to farmers that would allow them to fix their own machinery.

So far, Tester's bill only has one co-sponsor.

Wilson said his family has been a faithful Deere customer for generations.

Providing more technicians in the field to meet the demand for repairs, he said, would help with some of the difficulties farmers face.

"I'm the fifth generation on both sides of my family doing this. I had John Deere floormats in my pickup in high school," he said.

"John Deere had a lot of goodwill with me, and I think that they still do with the farming community, but these corporate officers are just doing their best to erode that. It's almost like they have contempt for us -- for us to want access to be able to work on this stuff and make it run.

"There's not enough technicians or infrastructure to support all of this, especially when we all break stuff at the same time in the spring or in the fall when we're putting the hours on these machines." 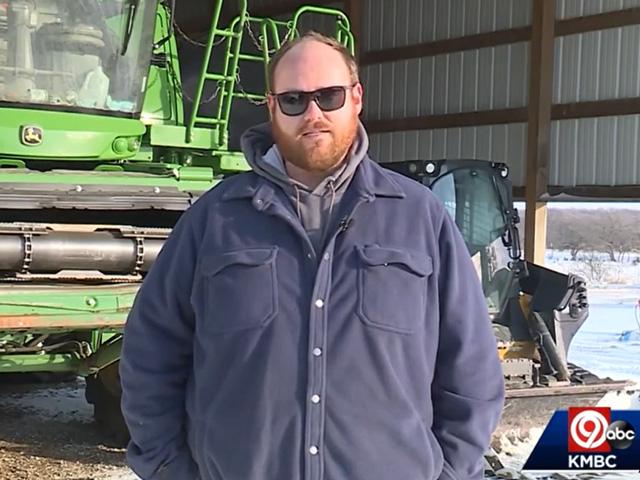