Editor's Note: 2021 was a wild one, from a tumultuous change in the White House, to continued La Nina influences on the weather, to skyrocketing fertilizer and input costs. There were also a lot of good stories to tell. As the calendar year comes to a close, we asked the DTN/Progressive Farmer writing team to pick their favorite effort from the year. The stories range from fun insights into ag entrepreneurs to serious investigations into the unintended consequences of popular production methods, to life lessons learned along the way to telling the tale. Each story also includes a link to the original story, in case you missed that. Enjoy a look back, with our seventh story, shared by Dan Miller.

BIRMINGHAM, Ala. (DTN) -- If I say this has sure been a "weird year" one more time around my house, my wife might throw a punch (well, maybe that's too strong a statement ... no, no -- she will throw a punch!)

But what else to say about these many months of COVID-19. Even as a professional wordsmith (some would dispute that), weird is about the best word I can come up with.

I've covered COVID-19's impact on farm machinery manufacturing and on farmers for 18 months.

Those early days were ... weird? Titan International, a manufacturer of tires and wheel systems for off-highway equipment noticed something amiss in its operations in China at the end of 2019. Employees typically take off for three weeks for New Year festivities. But, then, the manufacturer told the Association of Equipment Manufacturers (AEM) in an interview, they didn't return.

"So, you're gone for three weeks and you don't turn the plant back on? Well, we started to realize something big was going on," Titan president and CEO Paul Reitz told AEM.

And during the next weeks, it felt like the world was turning off the lights one plant, one entire nation at a time. I remember a moment when I was speaking with Robert Crain, at that time senior vice president and general manager, North America for AGCO Corporation. He was talking about AGCO's European plants closing and added, that the last Fendt tractors heading to the United States, were "on the water," on ships. It was a 30-day supply and at that moment, he wasn't sure when more would be manufactured.

Yet, industry adapted. Adjustments were made to factory floors and finding parts became the everyday job for even some CEOs.

Now we've learned about parts and supply chains. Who knew there would be days and weeks when manufacturers couldn't find tires or even steel -- let alone those dang elusive computer chips?

So, this story is my favorite of late 2021, I think because it hints how farmers, our readers, are reacting to machinery product shortages none of us have ever seen. Please meet Matt Danner, Quint Pottinger, Coley Bailey, Ryan Bivins and Marc Arnusch.

"The parts shortage is bigger than the (John Deere) strike," said Danner, who farms at Templeton, Iowa. We talked as that strike was ongoing. Not so much on his farm, proper, but rather, it is the shortage of parts that would conceivably finish the planter he ordered at the end of this past May. "I'm not going to get it until next spring," he hoped. He'll take that planter when it comes -- he has a guaranteed price for it. But Danner is not counting on it for planting 2022.

Perhaps a bigger concern for Danner is future equipment purchases. He upgraded his Deere line this year. But he's been told by his dealer that if he wants major pieces of equipment for delivery in 2023, he should seriously consider placing an order in the weeks before Thanksgiving. And that order comes with no lock on prices.

Pottinger's challenge is finding used parts for his used equipment line. "We are abandoning any future equipment trades for 2022, as of now," said Pottinger of Affinity Farms at New Haven, Kentucky. "Our fear has been getting parts to upgrade or repair the equipment we trade for," he explained. "Now, with the (Deere) strike, there isn't a guarantee we could finish repairs before 2022 planting."

Bailey's Deere dealership is taking orders for parts needed by its customers. But it is not able to stockpile parts. "Parts I would have been able to get now, are taking at least a couple of days longer," Bailey said.

As harvest approached this year, Bivins of Hodgenville, Kentucky, laid in $20,000 to $30,000 in spare parts and consumables. "The Deere strike is icing on the cake," he said. He's been waiting for corn heads and a draper head ordered in May, then promised in August, promised again in October. The draper head, for one is awaiting parts -- parts previously identified, not affected by the strike.

"I'm thinking COVID is more of a crutch, an excuse," Biven said. He can't get the semi-truck tires he's been looking for and is waiting on grain carts waiting for lights. Parts coming by next-day air show up in a week -- a speed more common with less expensive over-the-road deliveries.

For Arnusch of Keenesburg, Colorado, the availability of parts isn't so much of "I can't get it," but more "when can I get it?"

"There are tremendous delays," he said. "What took a day or two, might take a week or 10 days." Hearing of delays in delivery of some of his base chemicals (glyphosate, 2,4-D, dicamba), Arnusch has already purchased his 2022 supplies and is storing them over the winter. Why the delays? His chemical rep explained it is shortage of cardboard and screw-on caps for 2 1/2-gallon jugs.

Illustrating well the impact of parts shortages, might be the tale of Arnusch's older, StarFire 3000s. He sold them on the auction website, BigIron for twice the amount he paid for his new, 6000 units. For Arnusch, it was one instance where part shortages generated a happy, income benefit. 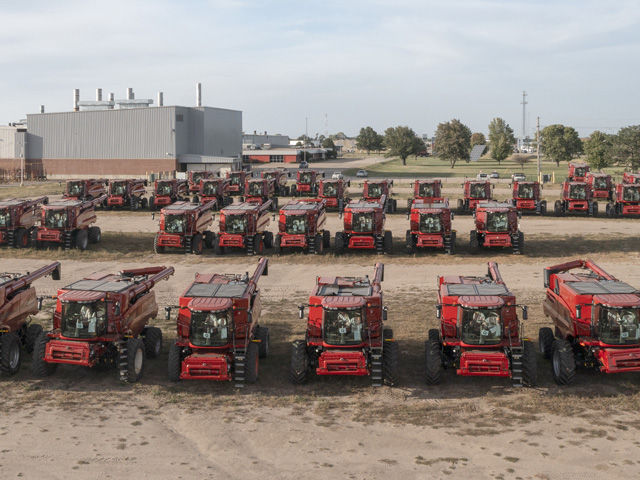