OMAHA (DTN) -- Farmer advocates for the "right to repair" high-tech agricultural machinery are looking forward to seeing exactly how President Joe Biden's executive order on competition will deal with the issue.

The White House has been slowly releasing details this week about different aspects of the executive order. Each day this week in her press briefing, White House Press Secretary Jen Psaki has talked about competition issues in industries ranging from meat labeling to shipping costs. Earlier this week, Psaki explained one of the provisions in the executive order would "give farmers the right to repair their own equipment how they like."

The White House stated late Thursday that Biden will sign his executive order on competition Friday afternoon. Agriculture Secretary Tom Vilsack is scheduled to make an announcement Friday in Council Bluffs, Iowa, that also is expected to tie into agricultural competition issues.

Right to repair has increasingly become an issue in agriculture and an array of other industries with state legislatures in recent years introducing bills in at least 32 states, including bills in 21 states this year. Groups such as National Farmers Union, National Corn Growers Association and Family Farm Action are among those that have pushed for changes that would give farmers access to diagnostic tools and eliminate copyright restrictions on their property.

During harvest and planting -- the busy peak periods of agriculture -- is when equipment breaks down, Schweitzer noted. "That's when you are using it. All of these equipment dealerships are slammed at this point. They can't possibly staff up just for the busy periods, and they get overwhelmed," he said.

CAN'T DIAGNOSE OR REPAIR THE PROBLEM

Part of the problem is the equipment manufacturers currently will not allow farmers the hardware or software needed to diagnose a problem, much less repair it, Schweitzer said. So, dealers must send their teams out to the field to diagnose a problem, and then likely order parts, then come back out and make the repairs. Then there may be other complications with the repair.

"And so, all of this takes time," Schweitzer said. "Meanwhile, your crops are in the field at risk, or you are trying to plant the crop, and they are forecasting rain and you are trying to get ahead of it. If we just had the ability to use our own hardware or software to diagnose the problem, then we can identify it, we can order the parts and in some cases, we can replace it ourselves and get the whole process done much faster and make it cheaper."

Wes Shoemyer, a farmer from Clarence, Missouri, and former Missouri state senator, said it's huge that the White House would give some consideration to the right-to-repair issue. "I'm excited that this may be a tipping point for us farmers to regain and retain some independence and keep some competition on the repair side or even on the supply side," Shoemyer said.

In the age of modern technology and consolidation in big-tech companies, Shoemyer said the ability to have more open access for repairs in a variety of industries is becoming more critical.

"It gives us choices and options about who we would like to repair our equipment and competition in how much you charge per hour going to someone's farm and issues like that," Shoemyer said.

Right to repair has been a major bone of contention for groups such as Family Farm Action, which was formed to advocate for smaller producers who are facing increased demands from industry to stay in business.

"We want that competition to remain in the industry, and we want the ability to retain wealth on the farm," Shoemyer said.

Schweitzer said dealers' hands are tied because they can't share the hardware or software. Allowing that technology to be shared would make the dealers' workload more manageable during the busy seasons, he said.

"The way it is right now, the equipment manufacturers are holding the farmers and ranchers hostage," Schweitzer said.

The Association of Equipment Manufacturers pushed back on the idea that farmers do not have the tools needed to make their own repairs but could not comment on the specifics of the executive order since it has not been released.

"With respect to a farmer's 'right to repair,' equipment manufacturers support a farmer's right to repair his or her own equipment," Stephanie See, director of state government relations for AEM, said in an email to DTN. "Our industry provides diagnostic guides, service manuals, and other tools and information for repairs and maintenance. We are proud of the work our industry does to protect our planet and safeguard our customers' well-being and will never compromise on safety and environmental protections."

Still, a report by McKinsey & Co. produced last month for AEM noted among the big concerns for manufacturers in technology growth during the next decade will be the impact of online sales for parts and accessories that will directly affect revenue for dealerships.

Another concern is the reluctance among equipment users to share machine data with manufacturers "unless manufacturers demonstrate a clear value in sharing data, are transparent about how it is used and address privacy concerns."

Another issue for manufacturers is the willingness of users such as farmers to buy technology from companies other than the major machinery makers. (https://www.aem.org/…)

The right-to-repair drive also comes as more sectors of agriculture and the food industry strive for increased automation. CoBank on Thursday released a new quarterly update spotlighting labor challenges tied to the pandemic that will lead more companies across the food supply chain to increase automation.

"This will not be an overnight transformation, but much larger investments in technology now will lead to a much more technology-driven supply chain over the next few years," wrote Dan Kowalski, vice president of CoBank's Knowledge Exchange division.

Right to repair is just one element of what is expected to be an expansive executive order from the president.

OTHER PARTS OF EXECUTIVE ORDER

Psaki said earlier in the week that the president's order will deal with issues related to the Packers and Stockyards Act, as well as having USDA write new rules defining when meat can be labeled "Product of USA."

On Thursday, Psaki also spoke about shipping costs. She said the executive order would urge the Surface Transportation Board to allow shippers to challenge inflated rates on railroads when there is no competition between two routes.

The order also will push the Federal Maritime Commission to better deal with high costs and unreasonable delays with ocean carriers. That could address some of the challenges agricultural exporters have had getting containers for shipping during the past year. Psaki said the executive order would encourage the FMC to work with the Justice Department and investigate anticompetitive conduct.

Psaki noted both the railroad and ocean shipping industries have become more concentrated over time, and that has led to freight routes being monopolized because they are served by a single railroad. In ocean freight, three foreign-owned alliances control more than 80% of the market, she said.

"That concentration has contributed to a spike in shipping costs and fees during the pandemic," Psaki said. "For example, the index price to ship one container has gone up eightfold. And shipping container companies have charged companies massive fees while their goods sit at ports."

The executive order also will get into labor issues by calling on the Federal Trade Commission to adopt rules to limit no-compete clauses, which Psaki said affects more than 30 million workers. Another potential rule would ban unnecessary occupational licensing requirements. Today, almost 30% of jobs in the U.S. require a license from attorneys and accountants to interior designers and hairdressers. 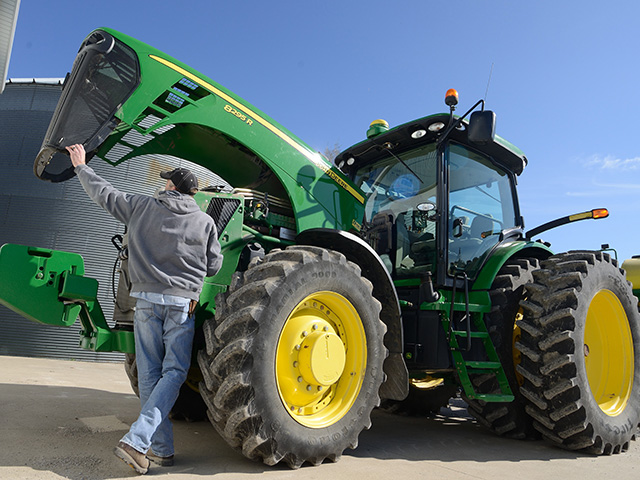