Everyone has a top 10 list, it seems, especially as we come to the end of the year. Here at DTN, we will soon have our list of the top 10 ag stories of 2020.

That got me thinking about an all-time top 10 list of tractors. Scanning the internet, I discovered many such lists already exist. However, these lists tended to break out individual tractors, whereas I was thinking more along the lines of series of tractors.

For instance, most lists had the John Deere A and B and International Farmall M and H listed separately. But, in my mind, I would group the A and B together and the M and H together. They were manufactured at the same time, so why take up nearly half of the top 10 list with just two series?

So, my top 10 list is actually what I would consider the top 10 tractor series of all time. Here it is:

Some might not include the WC, but it was the first tractor with pneumatic tires. About 178,000 WCs were built from 1934 to 1948, and you still see a WC or two at vintage iron shows/pulls today.

The WC was the best-selling series of all time for AC. Farmers during the Great Depression enjoyed the affordable price and basic design element.

Maybe it's just the name, but the Ford NAA, or the Golden Jubilee, was an extremely popular tractor. Named for the 50th year of Ford, the series only ran for two years, 1953 and 1954.

Despite the short production run, nearly 130,000 of these tractors were manufactured. The 1953 model featured a special nose badge to note the anniversary.

In 1960, Oliver introduced the first of what is called the four-digit series. Later Oliver series included the 50 series and the 55 series.

I debated whether to include the International 66 series, as these were also extremely popular. Many farms still have a 966 or 1066 still in use.

I was always confused about the Ford 2N, 8N and 9N tractors. Many tractors are identified by numbers or letters in order, but for Ford, the 9N came first, followed by the 2N and then the 8N.

The 9N was the first tractor to have both a three-point hitch and rear PTO. The 8N was produced from 1947 to 1952 and was extremely popular with 530,00 units sold during its run.

Many people would include the Allis Chalmers WD-45 in an all-time list. This tractor was the first AC tractor to come with power steering.

Again, I am grouping both the A and the B together. In my mind, they really are one.

No list of all-time top tractors would be complete without the John Deere 20 series, which includes the smaller 3020 but is best known for the 4020 model.

I guess I am a little biased here, as we have two on our farm.

Together, both series had about 660,000 tractors built, which is just a mind-blowing number. And that is why so many M's and H's are still running today.

What is your list? Did I forget any? Please let me know. 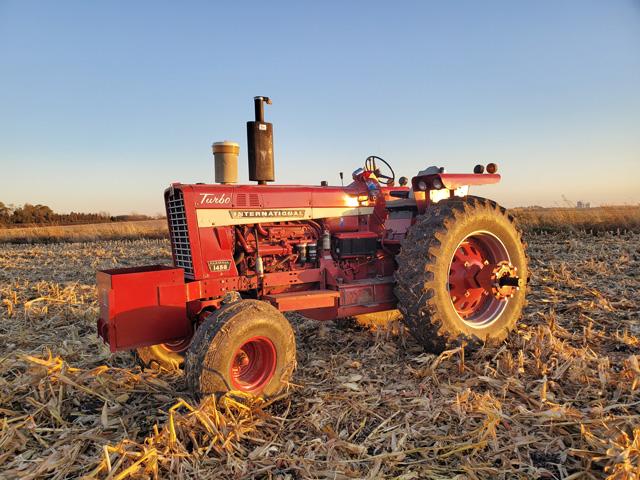