LINCOLN, Neb. (DTN) -- Food companies including Tyson Foods and Cargill will be required to further reduce poultry litter pollution into the Illinois River in northwest Arkansas and northeast Oklahoma, after a federal court issued a ruling in an 18-year-old lawsuit that alleged the companies were the cause of degrading water quality in the watershed.

U.S. District Judge Gregory Frizzell for the Northern District of Oklahoma ruled on Wednesday that the state of Oklahoma and the companies will be required to agree on a remedy to reduce the pollution or the court will decide how to do it.

Frizzell's ruling sided with the state of Oklahoma on trespassing and public nuisance claims against the poultry producers. The ruling could affect thousands of poultry houses on hundreds of farms in the Illinois River Watershed (IRW).

"The court concludes all defendants, by their conduct, have unreasonably interfered with the public's right to the use and enjoyment of the waters of the IRW in Oklahoma," Frizzell's ruling stated.

"The state's injuries from phosphorus concentrations in the rivers and streams of the IRW and Lake Tenkiller (large reservoir in Oklahoma) are significant."

Frizzell concluded that poultry producers in the region have "trespassed on the waters" of the Illinois River watershed.

"All defendants have -- in the past -- placed poultry with growers located in the IRW; and all except Cal-Maine and Peterson continue to do so," the ruling said.

"Poultry waste generated at the poultry farms is typically land applied on fields in the IRW. And the overwhelming evidence establishes that phosphorus from land-applied poultry waste runs off the fields in environmentally significant quantities, causing injury to the waters of the IRW. Defendants have been aware since at least the mid-to-late 1980s that phosphorus in the runoff of land-applied poultry waste injures the waters of the IRW, and yet they have continued to apply -- and allow growers to apply--poultry waste from defendants' birds to fields in the IRW."

A spokesperson at Tyson told DTN on Thursday that the company continues to review the decision and had no comment.

Oklahoma Attorney General Gentner Drummond said in a news statement this week that poultry producers in the watershed have taken a number of steps to reduce phosphorous runoff since the lawsuit was filed in 2005.

"While this decision has been a long time coming," Drummond said, "it is important to note that in the intervening years since the filing of the suit the poultry industry has made or is willing to make, strong improvements in waste disposal to ameliorate the extent of the problem. Oklahoma has amazing natural resources that deserve our vigilant protection."

According to Save The Illinois River Inc., as of 2019 there were 398 farms in the Arkansas counties of Benton and Washington, with the capacity to house more than 42 million birds at 1,835 poultry houses.

The lawsuit said the Arkansas-based George's Farms contracts with 27 independent growers including three in Oklahoma. The company also owns one farm in Arkansas in the watershed and operates nine other farms through lease agreements in Arkansas.

Cargill transferred its turkey business in the watershed to Cargill Turkey Production, LLC, in 2004.

Simmons Foods operates three hatcheries and two feed mills which supply nearly 300 independent poultry growers and more than 20 company-managed farms that raise about 200 million chickens per year, according to the company's website.

The lawsuit said Peterson Farms has "no continuing relationship" with poultry operations in the Illinois River watershed after it sold its business to Simmons in 2008.

The original lawsuit filed by Drew Edmondson, who was then Oklahoma's Attorney General, alleged poultry producers in the watershed have been polluting the river with phosphorous and bacteria from waste generated from poultry and "applied to lands" in the watershed.

The case was filled with several twists and turns throughout the years. At one point the state of Arkansas had petitioned the Supreme Court to enjoin the lawsuit and that was rejected, so the state then unsuccessfully attempted to intervene in the case. 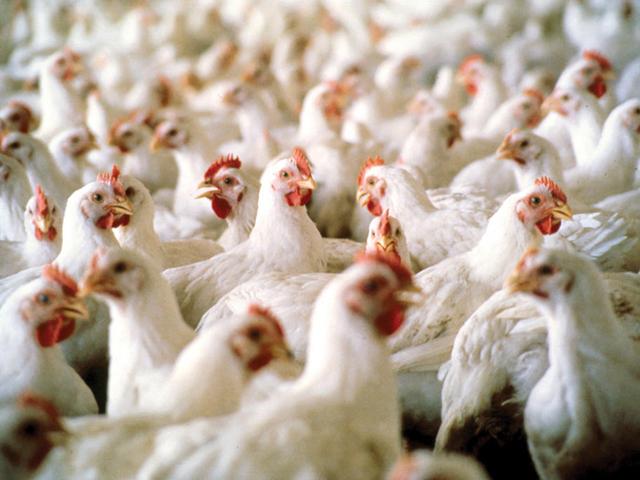