With a disappointing fall application season having concluded, which followed an equally poor spring, phosphate and potash supplies weighed heavily in the U.S., and both fertilizers saw falling prices as a result. Nitrogen fertilizers did not fare much better, however, with UAN particularly weak against a much more affordable source of N in urea. Ammonia was mostly stable, with winter-fill programs announced and prices reset lower ahead of the new year.

The following is a recap of fertilizer price trends and market developments for December:


Domestic: While December was overall a quiet month in the fertilizer business, there were a couple of notable developments in the ammonia market -- mainly the announcement of winter-fill deals. The January Tampa price would go on to be announced in early January after the Christmas and New Year's holidays.

Ammonia fill offers were released, with CF at $950 per short ton (t) for January through February lifting and $1,000 at its Verdigris, Oklahoma, ammonia facility.

Meanwhile, Koch posted prompt prices at $890 at Dodge City and $955 at Beatrice, Nebraska, with the latter offered at $1,000-$1,060 for spring prepay. Farther west, Midwestern ammonia fill was priced from Illinois to Ohio around $1,100, free on board (FOB -- or sales price without any transportation costs included).

The initial offers reflect a $200-$300/t discount on U.S. prices prior to the announcements and are similarly lower from 2021. In December 2021, Koch announced ammonia fill offers from $1,350-$1,375/t FOB in the Eastern Corn Belt and $1,315 for January and February pull from Enid, Oklahoma. CF followed suit with prices at its Oklahoma plants posted from $1,225-$1,250/t FCA across January through February, and March through June prepay.

In the short term, we expect U.S. ammonia prices to be relatively stable ahead of early spring when demand is expected to return for preplanting applications.

International: There was a change in tide in the ammonia market in December, which began with a significant, but widely anticipated, decrease for the Tampa ammonia supply contract between Yara and Mosaic.

In the last days of November, the two companies had settled at $1,030 per metric ton (mt) cost and freight (CFR -- or sales price with cost of delivery included) for December, a decrease of $120 from the $1,150 the parties previously agreed for November shipments.

To illustrate price direction in the international market, Black Sea ammonia prices ended the month at $915-$995/mt FOB, down from $970-$995 in November, while Baltic prices ended similarly lower in December at $872-$907 FOB versus $930-$950 in the month prior. The Black Sea price is still being assessed on a nominal basis, given the continued conflict in Eastern Europe, which is limiting trade in the region.

The lower Tampa settlement was anticipated by many in the market and did not surprise many. Later in the month, however, the European Union announced it had removed import duties on ammonia and urea arriving from all countries other than Russia and Belarus.

The temporary lifting of duties, which will be in place for six months until June 16, 2023, creates a level playing field for ammonia exporters. As a result of the above developments, the outlook regarding global ammonia is softer across the board for the short term.


Domestic: At the U.S. Gulf trading hub in New Orleans, Louisiana, (NOLA) granular urea barges were assessed at $450/t FOB to end 2022, down from $451-$485/t FOB at the beginning of the month, and some of the lowest NOLA barge trades since last spring.

Market activity had died down for several weeks leading up to Christmas on both the trading side as well as inland buying. Even futures markets, which typically see at least a little more activity over the physical market, were said to be nearly untraded for an entire day during the week before Christmas on the CME exchange.

River terminal urea is heard at a range of $525-$545/t FOB along the Lower Mississippi River, which is still open to barging up to St. Louis and Cincinnati despite sustained low-water transit complications. December prices fell nearly $100/t compared to November, when prices had reached $615-$630.

As urea prices have continued to decline from earlier in 2022 when offers reached near-all-time highs, buying interest is beginning to return, especially when contrasted with UAN, which had seen prices mostly flat since August.

The outsized value of urea against UAN continues to be a hot topic for those with approaching nitrogen needs and will continue to be watched over the next few weeks, including next month in Palm Springs at this year's TFI Annual Conference.

In the short term, we expect urea to remain soft to stable, until spring grows closer, and buyers need to more seriously consider spring needs and lock in inputs ahead of the seasonal rush.

International: As the year-end holidays approached, the global urea market pulled back in December with no news of an anticipated Indian tender. Bigger news still came from the EU removing its tariffs temporarily on urea imports, excluding Russia, but this did not immediately result in any significant boost for prices.

With demand expected to grow from several EU countries in the New Year, the move opens Europe to several origins, including the U.S., Nigeria and Southeast Asia, particularly as FOB values continue to fall. A few cargoes of U.S. urea were said to be booked in early January as a result.

Little activity could be seen in Brazil in December, where prices fell to $485-$490/mt CFR from $520-$550 the prior month. In the Arab Gulf, sellers faced increasing pressure when still no announcement from India was made on its expected tender, and Egyptian urea prices fell slightly from $550-$560/mt FOB in November to $540-$550 to end the year.

With an end-of-year break coming at just the right time for sellers, there was hope an Indian tender along with increased demand from Europe could help get the market moving again -- hopes that would go unfounded, at least in the first days of January.

The global urea market is seen softer on account of continued pressure in the new year.


UAN barge prices softened throughout December, settling at $460-$480/t FOB NOLA at the end of the month. December showed a marked decrease in pricing, compared to the $525-$530/t FOB at the beginning of the month. A general lack of nitrogen demand as well as falling urea prices has been putting enormous pressure on the UAN market as the value spread continued to widen between the two.

River terminal offers fell lower alongside barges to $515-$520/t FOB at major hub markets in Cincinnati and St. Louis, compared to November levels at $575-$580. These lower Cincinnati prices reflected a NOLA netback equivalent price at $485-$490 -- with the premium for more inland-positioned tons versus the Gulf Coast still present despite UAN demand being in its off-season.

No new spot sales were reported on the U.S. East Coast in December, leaving the price assessment unchanged at $500-$530/t CFR. Falling prices on tank availability, however, show that spot sales will need to be adjusted lower in the region once the holidays concluded, and the pressure from urea prices could be addressed.

Factory offers at eastern Oklahoma area production facilities were heard at $500-$530/t, down from November offers at $530-$540.

With Russian volumes still ramping up deliveries, having been absent in the first half of 2022 due to the antidumping investigation at the time, UAN prices are expected to be driven lower, with downside only limited in the event of a urea rally.

UAN prices in the U.S. are seen softer in the short term on account of falling nitrogen prices both in the U.S. and abroad.


Domestic: The U.S. phosphate market was quiet at the end of December, with most traders having checked out of the market early with little demand to speak of. A disappointing amount of fall demand on both phosphates and potash resulted in falling prices for the two across the last month of 2022.

It became known is December that the U.S. Department of Commerce had revised its initial assessment of subsidies provided to Russian phosphate producers by their government, and the agency opened a period of comments around the prospect of lowering its subsidy rates, including slashing EuroChem's rate by nearly by 50%.

Suffice it to say that if subsidy rates, and therefore import duties, of Russian phosphates are reduced, more foreign volumes would be viable for shipment to U.S. ports. In the meantime, however, U.S. phosphate prices appear to be stabilizing in the short term, with potential to firm if winter weather stays fair and allows for a sizeable preplant application window in contract with 2021.

International: There was little trade in the global phosphates market as the year end approached. Reports indicated that DAP production at the Lifosa plant in Lithuania finally restarted on Dec. 20, restoring lost export supplies from the market due to a lack of ammonia sources. The plant was due to resume activities at reduced capacity, having halted output on Sept. 13.

Global demand for phosphate fertilizers is expected to pick up in the first quarter of 2023 ahead of the next application season. Lower supply than planned and any production disruptions could result in a spike in prices that would be maintained for weeks, especially if China does not issue large export quotas in Q1 and Q2 2023.

In the short term, global phosphate prices were seen as mixed in the west but weaker east of the Suez Canal.


December was a slow month for potash, until halfway through the month when winter-fill announcements were made. Offer levels overall remained flat to falling with the fall/winter application period having mostly concluded in November.

Mosaic released a price list for potash shipping through the end of March 2023, including $500/t FOB NOLA barge, $540 FOB river terminal and $545 FOB Midwest inland warehouse reference. The company announced the offers during the week of Dec. 12, and prices were valid through Dec. 19 before listings were pulled.

NOLA potash barges in December would fall even further, however, to $490/t FOB -- lower than our November assessment of $515-$530 in the previous month.

River terminals were overall aligned with Mosaic's price listings and ranged from $540-$560/t FOB along sections of the Mississippi River still open to barge deliveries, down from $580-$610 earlier in the month before fill announcements.

With year-end potash sales now issued, we expect prices to remain flat or potentially to reset slightly higher next and by extension through the rest of 2022. Meanwhile, the rest of the world will be awaiting 2023 supply contract negotiations between Chinese and Indian buyers. 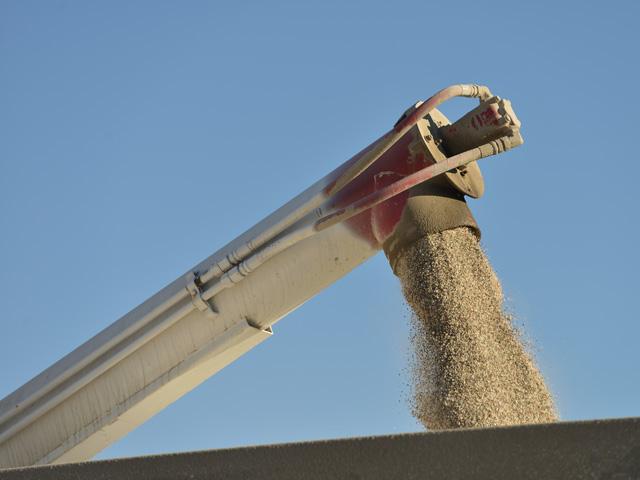