LINCOLN, Neb. (DTN) -- The EPA has failed to test for and regulate pesticides with endocrine-disrupting qualities and should be ordered to do so by a court, according to a new lawsuit.

The lawsuit filed in the U.S. District Court for the Northern District of California alleges EPA was required to develop an endocrine disruptor screening program under the Food Quality Protection Act of 1996 and to have that implemented by 1999.

"In the 26 years since, EPA has tested fewer than 50 of more than 1,315 registered pesticides for endocrine-disruption effects and completed only 34 of those tests," the Center for Food Safety said in a news release on Wednesday announcing the lawsuit.

Endocrine disruptors are found in blood and urine and can affect human fertility and metabolic systems and can cause a variety of health issues.

The CFS and farmworker safety groups that filed the lawsuit have asked the court to implement the actions required by the 1996 law "as soon as reasonably practicable."

EPA's Office of Inspector General found both in 2011 and 2021 that the agency had not made progress on such a review. According to the CFS, the EPA identified 18 chemicals as possible endocrine disruptors in 2015 but has not conducted a single test.

The lawsuit said EPA has "failed to even initiate endocrine testing for approximately 96% of registered pesticides."

The groups said DDT, chlorpyrifos, atrazine, 2,4-D and glyphosate are among the pesticides recognized as endocrine disruptors.

EPA was sued by the Natural Resources Defense Council in 1999 for failing to meet an August statutory deadline to implement a testing program. The lawsuit ended in a settlement in 2001 when EPA agreed to act.

"EPA committed to publishing a list of initial chemicals to evaluate by 2002," the lawsuit said. "Instead, EPA released a draft list of chemicals for evaluation in 2007 and a final list of 67 chemicals in 2009, seven years after their original promise."

In addition to the list of 67 possible endocrine-disrupting pesticides, EPA created a second list of 109 additional chemicals in need of testing.

"At the same time as EPA only managed to complete Tier 1 testing for 52 pesticides, EPA completed registration for 425 new pesticides without consideration of their potential endocrine effects," the lawsuit said, "flouting the whole point of Congress's FQPA mandates -- bringing the total number of registered pesticides from 890 in 1990 to 1,315 in 2020."

The groups allege EPA's lack of testing of those pesticides already has caused health issues for farmworkers and others.

"There is little doubt that EPA's failure to complete screening of all pesticide chemicals for possible endocrine effects has caused damage to plaintiffs' members' health," the lawsuit said.

"A wealth of scientific studies conclude that many chemicals in use today are endocrine disruptors capable of devasting adverse health impacts. Plaintiffs' members are routinely exposed to a myriad of pesticides, including the five EPA has flagged as possible endocrine disruptors, via their livelihoods and food consumption. EPA's continued failure to implement the EDSP and complete testing of all pesticides for possible endocrine effects compounds Plaintiffs' members' exposure." 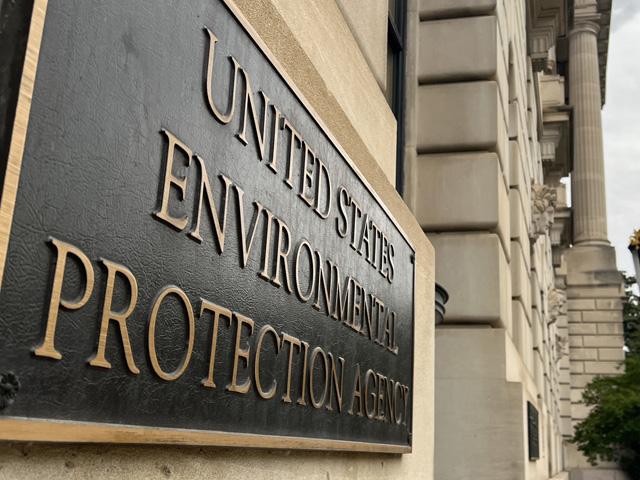