Watching the numbers on your yield monitor can cause your emotions to go up and down, depending on what you see displayed on the screen. Regardless of the numbers, you may already be thinking ahead to 2023 and how to take yields to the next level.

National and state yield contest winners may be able to help. And if you think high-yield contests serve no purpose other than bolstering egos, think again. Contest winners say competition pushes them to try new and innovative technologies and agronomic tactics.

While some farmers may view these contest plots as an exercise to cast profit aside, winners insist it's an investment in research and development to sort out what will -- and won't -- work across their entire farm. It's the reason they tweak practices to push boundaries every season to determine future yield -- and profit -- potential.

Five national and state corn and soybean yield contest winners recently shared with DTN/Progressive Farmer the knowledge they've gleaned from competing. They all stress it starts with selecting the right genetics. But so many other factors come into play that ultimately determine how hybrids and varieties perform.

Batting 1000 with two national yield wins in his first two NCGA corn yield contests might elevate one's ego, but not Uphoff's. As the sixth generation of Uphoff Farms in central Illinois, he cites a team of his parents, Tony and Deanna, his brother, Trent, farm employees, Mother Nature and a host of valuable mentors and advisers that help build yield winners.

"What we try to do with our plot is produce the yield of tomorrow that can benefit everyone in agriculture," he said. "We physically cannot achieve our record 355-bushel-per-acre (bpa) yield across the farm, but we can isolate what works best and adopt what's economically feasible."

Uphoff believes soil-matched seed technology, field drainage, plant stress avoidance, valuable field data and timely fertility are crucial for high-yield corn. "But it's the team of people you surround yourself with that offer tips and expertise to make the most of your growing conditions," he said.

-- Have nutrients in place to meet crop needs. Uphoff makes three to four nitrogen applications, depending on the conditions.

-- Keep plants healthier longer with one, if not two, fungicide applications. Uphoff gets a minimum of a 12- to 15-bpa increase every year, and last year, his second application in a high-yield environment boosted the plot from 320 to 355 bpa.

-- Make sure you have the right hybrid on the right acre.

Farming in the fertile, high-organic-matter soils in the Chesapeake, Virginia Beach and North Carolina region certainly has helped Cutrell stack up numerous state and national yield contest awards since 2015. In fact, his best-ever 391-bushel winner repeats earlier wins from 2018 and 2019 in this class.

But he greatly values talks with farmer friends, many who also enter the yield contest, as they learn from one another. "We're all trying to put the right products with the right fit, and with Mother Nature's help, we can sometimes win or learn from mistakes," he said.

Cutrell is pushing populations toward 40,000 plants per acre. He's using a fertility program built around frequent tissue testing and adding micronutrients. One or two fungicide applications help keep plants as healthy as possible.

-- Building loyalty with valuable companies can take you a long way in life. His team from Nutrien, Helena and DeKalb work well together and understand his fields.

-- Learn as much as possible from great local farmers, as they exist everywhere.

-- Don't be afraid to take chances and know where your risks exist.

-- Stand uniformity and even emergence are critical. Cutrell rigged his planter to apply in-furrow pop-up fertilizer and 2x2 liquid fertilizer to feed roots once they extend beyond the seed trench.

-- Don't skimp on seed treatments, especially to guard against bugs. Cutrell likes the protection of Poncho 1250.

In northwestern Kentucky, Hagan grows high-yield corn, soybeans and chickens with his sons, Dustin and Jason. He first entered the NCGA contest in the late 1990s after getting encouragement from a friend/fertilizer adviser. "I thought it was silly at first, but it fits with our constant tinkering and trying different things all the time," Hagan said.

Thanks to good mentors and company advisers, the Hagans have won two national and many state corn yield awards. "We thrive on listening to fertility and seed advisers because they know more than we do. And we gain many new ideas by studying and comparing what works for other NCGA winners, which helps increase our overall yields," Hagan explained.

He likes to use fully traited hybrids that he can push close to 40,000 plants per acre using seed treatments, in-furrow insecticides and fungicides and micronutrients.

Hagan's fertility program begins with chicken litter and pre-plant anhydrous ammonia. Then, pop-up fertilizer in-furrow and a 2x2 starter fertilizer band are used at planting, followed by tissue tests and two side-dress applications around V7 and V10. "The dual liquid system on our old Kinze planter slows us down, but it's worth it," he added.

-- Develop trusted and loyal relationships with retailers who prove their value to match inputs to your fields.

-- Study the NCGA yield contest annual results and stories, especially those in your area with similar soils.

-- Try something new all the time, especially micronutrients and tissue testing. Hagan didn't believe in such products until he tried them.

In southeast Missouri, just outside the Bootheel, a father, son and father-in-law trio from Hinkebein Farms continually push each other into triple-digit soybeans. Along with Carl's win, his son, Joseph, won the irrigated category with 104.3 bpa. And Landewee's father-in-law, Charles Hinkebein, topped the cover crop category with 86.41 bpa.

"We pay close attention to grid soil fertility, soil pH, tissue tests, micronutrients and recording all yields and inputs by field," Landewee said. "We review data with our valuable company partners to select future varieties and inputs, not just for contest plots but to determine what's profitable across all our acres." Such attention to detail also lands this farming trio on NCGA corn yield winner lists.

-- Test plant populations annually and select soybeans that thrive in given soil types and moisture levels. The trio uses Climate FieldView to record and judge varieties, hybrids and inputs across all fields.

-- Landewee tests in-furrow and foliar micronutrients from Concept AgriTek and uses what pays off across the farm.

-- Match herbicide-resistant seed traits to chemicals your neighbors use to reduce possible injury.

-- Landewee applies fungicides twice (at R1 and R5) along with insecticide, sugar and micronutrients as needed based on tissue tests.

-- Protect blooms and pods by not spraying when it's too hot and dry.

It was a banner soybean yield year in 2021 for the fourth-generation Culp farm in the east-central Mississippi Delta region of Arkansas. "We finally hit the 100-bushel mark, twice in the same year, and broke the state record with 131 bushels per acre," he exclaimed.

"We've flipped planting priorities, so soybeans go first in late March or early April ahead of corn," Culp said. "Our seeding rate dropped from 160,000 plants per acre to 130,000 to get 110,000 final stand, and I may try 115,000. I'm happy with the results of our FGS carbon-based fertility system that increases soil microbial activity and nutrient availability."

-- Crop rotation is essential with soybeans, as Culp picks up an added 15-20 bpa when following corn or cotton.

-- After four years of testing the liquid FGS carbon-based fertility system, Culp adopted it across all acres. He pre-plant broadcast sprays 4 gallons per acre before creating beds, then 3 quarts per acre of sulfur goes on with the first post spray, then a June application of 3 quarts per acre of potash and 1 pint of boron to hold the pods.

-- When selecting varieties, Culp examines company and university data and relies on a trusted and experienced seed dealer. 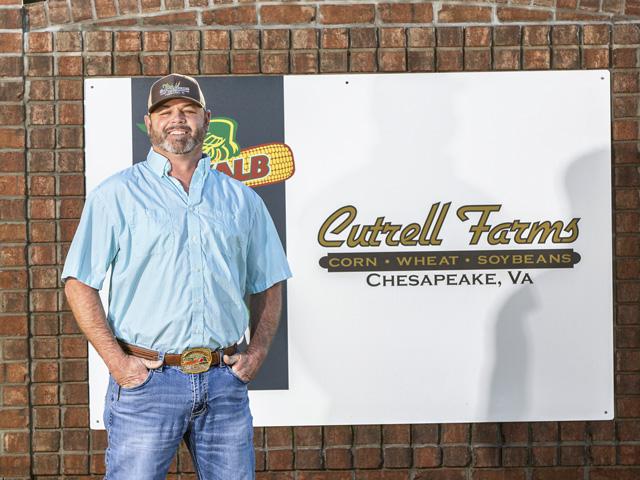