ROCKVILLE, Md. (DTN) -- Row crop farmers are worried about their soil resources, according to a new study from USDA's Economic Resource Service (ERS).

Farmers of cotton, wheat, oats and soybeans reported having at least one "soil resource concern" on 49% of their fields in the study, which analyzed farmer-reported data on soil and water problems from USDA's Agricultural Resource Management Surveys between 2015 and 2018.

Soil loss from water erosion and soil compaction were the most common problems reported, according to the study's authors, Andrew Rosenberg and Steven Wallander, both economists for USDA ERS.

Midwest farmers reported the highest rate of affected fields, with soybean farmers identifying the most problems among the crops surveyed, they stated.

The researchers also dug into what sort of assistance these farmers sought and received and concluded that USDA's National Resource Conservation Service was the most common source of help, but ultimately 76% of farmers said they had not received any assistance.

MIDWEST AND WEST REPORT THE MOST PROBLEMS

Farmers in the Midwest were most likely to report soil problems, the ERS researchers concluded, with 54% of respondents from that region reporting soil concerns, followed by Western farmers, who identified issues with 52% of their fields.

Southern farmers reported the least problems, with growers there only identifying soil issues on 25% of their fields. That finding tracks with past federal research, the researchers noted. USDA's Soil and Water Resources Conservation Act Appraisal, for example, has identified lower rates of water-driven erosion in the southern U.S.

The top concerns? Soil loss from water erosion was reported on 25% of all the fields surveyed, with soil compaction on 22%, the researchers said. Poor drainage was another common issue, reported on 19% of fields, followed by low organic matter on 13%. Wind-driven erosion surfaced on 10% of all the reported fields as well.

Only 24% of the farmers who identified soil problems said they had also received technical assistance with their issues, the researchers found.

NRCS, which administers the bulk of USDA's annual $2 billion budget for conservation assistance, was the largest source of support, with 67% of the farmers who sought help landing there. But other sources cropped up as well, with 19% reporting they received help from the Cooperative Extension Service and 36% getting it from state-level agencies and conservation districts. 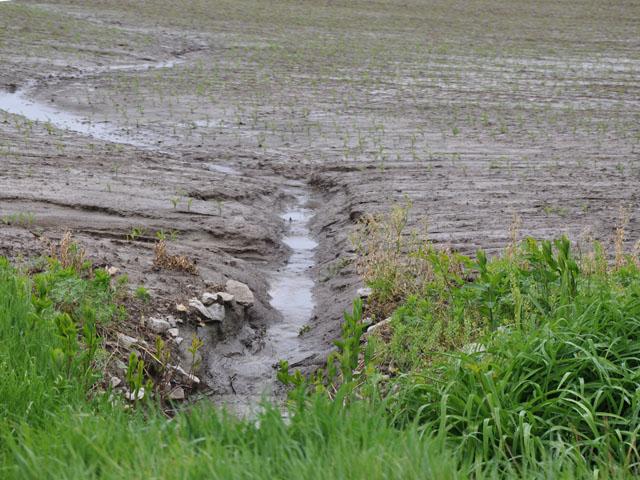