OMAHA (DTN) -- Influenced by the pandemic, inspired by a book, and nurtured by a team, an idea grew at Lauritzen Gardens in Omaha -- how to seed in people's minds more knowledge about plants.

The result was the Wonders Under Glass exhibit that is just wrapping up at Omaha's botanical garden near the Missouri River. From corn seeds in a jar to hundreds of glass pieces through the exhibit depicting tiny worms, mushrooms and large flowers, it's a mix of science lesson and art.

The pandemic had led to a lot of traveling exhibits no longer traveling, leading the staff at the botanical garden to develop their own show. An idea emerged.

Inspired by the book "What's Inside a Flower? And Other Questions about Science and Nature," by Rachel Ignotofsky, a team that included several garden staff and local artist Matthew Schrader planned a mix of real plants, glass art, paper installations, and photography.

SCIENCE AND BEAUTY OF PLANTS

The exhibit teaches about the science and beauty of plants, as well as the fragility of nature, especially in places like western Nebraska that can be challenged by dryness and wildfires.

From January until late April, the exhibit already had drawn close to 4,000 students, as more teachers began to use the botanical garden as a classroom at times to teach lessons tied to their school curriculums. The exhibit closes May 8.

"This exhibit is probably more mission based than most that we've done; it ties really directly to the plant world, it has a deeper scientific connection than some of the things that we've done," explained Mia Jenkins, director of marketing for Lauritzen Gardens. "This truly gets at the heart of how things grow. Also, how just how wondrous it is that this tiny little seed can grow into, you know, a flower or a plant. We wanted to share those wonders with the community and to teach kind of, on a basic level, how plants grow."

One of the ways to teach people was to show the anatomy of a flower: This includes a giant flower, made of glass, with strings leading to signs explaining the parts of the flower. There are also exhibits showing different types of seeds, explaining how plants reproduce, the importance of pollination, and even showing what kinds of roots develop over several months as plants grow in jars.

Jim Locklear, director of conservation at Lauritzen Gardens, said at the garden, they don't underestimate how little people know about plants. They aim for teaching at a third-grade level, but they know they need to reach people older than that, especially as people in cities are disconnected from agricultural production.

He recalled once, while working at a different botanical garden, how it hit him on what is needed.

"I was giving some high school kids a tour of a greenhouse," he said. There was an Easter Lily in bloom, so he started talking about both male and female parts of the flower -- which in the students' minds means sex, he noted.

"And this girl looked at me, she goes, 'You mean plants are alive?' And so they equated ... sex with being a living thing. And it's kind of astounded me that someone wouldn't know. I don't know what they thought plants were, but they did not think plants were living things."

The Lauritzen Gardens planners felt it was important in Nebraska to show seeds from crops and not just flowers. In one cabinet displayed in the garden's conservatory, there are jars of different seeds to compare sizes.

Jenkins said the cabinet represents a variety of things, including the diversity of shape and color and encouraging people to think of what that can become. "I think it's really important. And I think it's great that some are things like corn and sunflowers that you might recognize off the bat," she said. However, people might really need to think about the other seeds -- like wheat -- especially if they had never seen a seed of wheat in their past, she explained.

Jenkins said it's incredible how seeds grow, especially as people think more of what they eat, how they're grown, while also enjoying the beauty of crops and plants.

"It's incredibly important for kids to know how food grows," she said. "More and more since the pandemic started, people are becoming more aware of growing their own food. And as prices of food go up, I think people are more into how to grow their own. It'd be interesting to see if we become more self-sustainable. As the years go on, I think it's especially important to be able to show in many ways how crops grow, how different foods you eat grow, whether they're field crops" or others.

Locklear mentioned another exhibit the garden held last fall when kids were shown sunflowers at their peak.

"We yanked a 12-foot-tall sunflower out of the ground, just a wild one. And then had some sunflower seeds, which are like, you know, maybe a quarter of an inch long. And so, for the kids to see that this gigantic plant grew in one year from a little bit of seed, that everything that that plant needed -- except water and sunshine -- was contained in that seed ... It's another amazing story in the plant world," he said.

"If kids can make the connection between ... farmers having to plant seed and get it to germinate and nurture those plants, that would be a great lesson," Jenkins said.

Another important part of the exhibit at the botanical garden was to stress the fragility of plants. Highlighting three ecological areas -- sandsage prairie, Catherland Chalk Bluffs, and Sandhills blowout -- the garden over a few months showed how plants, animals and insects adapt to and grow through seasons and even after challenging times like wind erosion, drought, low temperatures, and wildfire.

If visitors came back several times to the exhibit, they could see how plants grew and different things were added, showing how plants survive and areas bounce back. Some rare native plants were also highlighted, such as blowout penstemon.

For Locklear, it was a chance to show an area where he does a lot of work on the Great Plains. In his conservation role, although he focuses mostly on Nebraska, he travels a lot -- his region covers from the Dakotas down into Kansas and Oklahoma, along with eastern parts of Wyoming, Colorado and New Mexico.

The display on wildfires and controlled burns was timely, as this winter and early spring saw continued drought in the Great Plains and many wildfires, including in south-central and western Nebraska.

Jenkins said the display showed fires can be a natural tool to help rejuvenate the prairie and keep invasive species out and give natural plants a place to grow. "(The fire) gets rid of a lot of the woody things that, if left unburned over time, could create catastrophic burns," she said. "We wanted to draw awareness ... that fires aren't bad, necessarily, that actually your plants are resilient." Fire can be a natural way to manage the land and keep it healthy.

Locklear explained how in parts of Nebraska, historically, there was tension between woodland and prairie. In really wet years and cool climate, the woodland would win. In dry years, the grassland would win, and the trees would die back. However, forest woody plants have encroached on the prairie quite a bit and suppress natural plants from growing and affect diversity.

"So having fire go through there periodically opens up barriers, and you get a lot more wildflowers," he said, adding there's a natural progression with plants that come into a burned-out area. The natural plants produce tons of seed, which benefits birds and insects and makes for a healthier environment.

"I mean, that's hard. You know, it's bad when it damages private property and all that. That area (south-central Nebraska), there's a lot of problems with Eastern red cedar trees that have invaded, particularly like the canyon areas out there in that part of the state, where they've come from the canyons out into the prairie.

"And so, they've been using prescribed burn to try to beat back this. And the ranchers do that because they want more grassland; they're losing grazing land to the woody plants. So, the fires may help a little bit -- they may invigorate. But they've also probably burned really high-quality pastures as well." 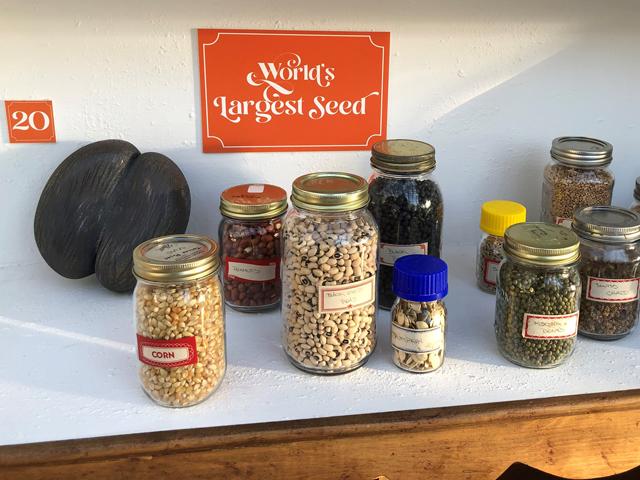