NEW ORLEANS (DTN) -- The future of crop and weed technology appeared close at hand at the 2022 Commodity Classic, running March 8 to 12 in New Orleans this week.

Agrichemical and seed companies gave reporters a look at some of their most futuristic crop traits and weed control systems. They range from short-stature corn to crops stacked high with insect traits and herbicide tolerances, to a new sprayer system designed to spot spray weeds as it moves through the field, using sophisticated camera sensing technology.

BASF has teamed up with a German engineering and technology company, Bosch, to design its new SmartSpraying system. Using a series of cameras and lights installed on a sprayer, a master control unit directs nozzles to flash-spray only weeds in a crop field, as the machine moves along the row at up to 12 mph.

Similar in concept to John Deere's recently released See & Spray Ultimate sprayer, the BASF-Bosch system boasts cameras that can distinguish weeds within an emerged, growing crop field, known as "green on green," versus earlier systems that could only identify weeds on bare soil, or "green on brown."

The BASF-Bosch system has the capability to coordinate and apply from two spray tanks with different tank mixes, explained Matt Leininger, managing director for North America for Bosch BASF Smart Farming. That could mean one tank broadcasting soil residual herbicides across the field, while the second tank spot sprays contact herbicides only on weeds, he said. Or it could be used to simultaneously apply fungicide, while also spot spraying herbicides.

"This technology is about getting the right product at the right place at the right dose at the right time," BASF Senior Agronomist Greg Kruger told reporters at a BASF media event on March 9. BASF hopes it will help farmers trim herbicide and water use, limit spray drift and reduce the time and fuel spent on multiple passes across the field, Leininger added.

So far, there are 10 pre-series machines running the SmartSpraying system in South America, Europe and North America, with more machines expected to come online with the technology in October, said Vincent Orliange, project director for Bosch BASF Smart Farming. For 2022, the system will be in use on soybean, corn, and sugar beet fields. The companies expect it to be available for use on more crops, namely cotton, cereals, canola and sunflowers, from 2025 onward, Orliange said.

First, the hybrids have the Enlist trait, making them tolerant to Corteva's propriety 2,4-D-choline Enlist herbicides, as well as FOPs herbicides, glufosinate and glyphosate.

To tackle corn rootworm, the Vorceed Enlist corn plants sport -- via a licensing agreement --- a new rootworm mode of action, Bayer's RNAi rootworm trait, DvSnf7, along with Cry34/35Ab1 and Cry3Bb1.

The Vorceed Enlist hybrids are in trial plots this summer, with full commercialization aimed at 2024, said Tony Klemm, global corn portfolio leader for Corteva. "We expect this package to be the leading part of our corn rootworm portfolio by mid-decade," he said. "This game is about trying to stay ahead of Mother Nature that is always evolving."

Just looking for above-ground insect control and not rootworm? Corteva also has another line of hybrids called Powercore Enlist, with only those above-ground Bt traits and the four herbicide tolerances, Klemm added.

Developed with a native, non-biotech trait, the short corn hybrids stand about 5- to 7-feet tall, but produce the same number of nodes, leaves and similarly sized ears to their taller counterparts, she said.

Bayer is running agronomy trials with the hybrids with over 200 farmers this summer and, by 2023, they will expand the trait to their Ground Breakers Field Trial Program in 108- to 112-day hybrid maturities. For now, the hybrids come with VT Double PRO above-ground insect protection, but the end goal is to have short stature corn hybrids with every trait offering in their portfolio, Bouvrette said.

The company's current trials are exploring two areas of benefit from the shorter corn plants, Bouvrette said: improved standability from reduced risk of lodging and green snap and increased access to in-season applications of fertilizer and fungicides.

"Right now, we're looking for feedback from growers," she said.

Bayer also has its SmartStax PRO hybrids hitting the field this year, noted Safeer Hassan, Bayer corn systems manager. The hybrids boast a new mode of action against corn rootworm, DvsnF7, an RNAi-based rootworm trait, as well as Cry3Bb1 and Cry34/35Ab1. For above-ground pests, they have Cry1A.105/Cry2Ab2 and Cry1F.

In their first year of full commercialization, Bayer expects SmartStax PRO hybrids to be grown on more than 60,000 acres in rootworm hotspot regions in Iowa, Illinois, Nebraska, Minnesota and Wisconsin.

Bayer also highlighted its busy pipeline of future crop traits, including VT4PRO corn hybrids, which will contain DvSnf7 (the RNAi rootworm trait) and Cry3Bb1 for rootworm and Vip3A and Cry1A.105/Cry2Ab2 for above-ground pests. They are headed to 40 to 50 farmer trial fields, on top of Bayer's 30 trial locations in 2022, with full commercialization pegged for 2024, Hassan said.

Further down the pipeline are Bayer's next-generation herbicide-tolerant crops, HT4 soybeans and HT4 corn. Both crops will have 5-way herbicide tolerance to 2,4-D, dicamba, glyphosate, glufosinate and HPPD herbicides, said Matt Goddard, Bayer technology development manager. Bayer hopes to get both to market in the latter half of this decade, he said. 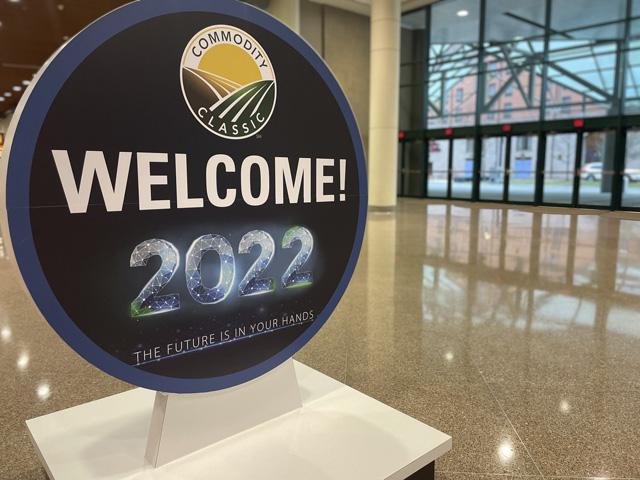