It only takes a few minutes of wind to undo the work of an entire season. Derek Friehe knows the risk well. A gusty rainstorm in May 2016 took down almost an entire field of wheat where he farms near Moses Lake, Washington.

Lodging may be the most common risk and limitation facing high-yield pushers such as Friehe, who regularly places in the National Wheat Yield Contest with bin-busting fields of irrigated hard red winter and spring wheats.

But, unlike generations before him, Friehe and other high-producing wheat farmers have a bigger bag of agronomic tricks at hand to limit lodging. "I think we're more surprised when lodging happens now," he admitted. "It was more common a couple decades ago."

That's largely thanks to the work of breeders, who trimmed the average height of wheat plants by nearly 25% with the introduction of semidwarf genes back in the 1970s, said Jim Anderson, a plant breeder and geneticist at the University of Minnesota.

Growers have other management options at their disposal, as well, such as seeding-rate manipulation, careful nutrient management and most recently, the addition of plant growth regulator applications.

Farmers are pushing wheat to new yield heights each decade, but ultimately, they run into the basic laws of gravity, Anderson explained.

"Most of our lodging does occur later in the season after a lot of that yield is already made, and it's just a matter of physics," he said. "The top of the plant, that spike, is just too heavy for the stem to hold up, and it goes down in wind and rain events." The downed plants can be hard to harvest, and they lose grain quality as they lie on the ground.

Lodging can also occur earlier in the season, closer to flowering and the beginning of grain fill. These toppled plants suffer the worst yield and quality losses, as the developing heads die or are exposed to disease and molds while matted down on the ground.

"Ultimately, we cannot push yield too much further because of lodging," said Steven VanGrunsven, who won a Bin Buster award in the 2021 National Wheat Yield Contest for a 192.73-bushel-per-acre field of irrigated white winter wheat. "The varieties we're growing would have even more potential if we could keep them standing."

IT STARTS WITH THE SEED

While environment -- namely wind and high yield conditions -- play the largest role in lodging, there are varietal differences, Anderson noted.

Breeders have worked hard to weed out lodging-prone varieties, which can be frustrating given an apparent correlation between taller varieties and higher yield, he continued. "We've had a number of taller varietal candidates that yielded really well, but we didn't bring them any further, because we knew lodging was going to be a disaster, and that's a prime consideration for growers."

Breeders also walk a fine line with breeding for stronger plant stems, which helps wheat stand but can also pose problems with tough stalks. Not too long ago, Anderson's team fielded complaints about some varieties with great standability, because their stalks "hung around too long" after harvest, he recalled.

During seed selection, with lodging in mind, Friehe analyzes published data on wheat varieties looking for these carefully bred traits, such as moderate height and good straw strength.

Once he has his shorter, stronger varieties in hand, Friehe's next defense tactic is strategic seeding rates. He has dropped as low as 80 pounds to the acre without seeing any yield penalties. "Each plant has a little less competition and more tillering, and the stems that do develop are healthier and stronger," he explained.

Thinner seeding rates do help reduce tall, leggy plants, but pay attention to the traits of each variety carefully, and play with your rate accordingly, Anderson added. If you find a variety with good straw strength but less tillering capacity, for example, higher seeding rates might be necessary to maximize yield.

For Maryland farmer Scot Poffenberger, the risk of lodging limits his fertility program almost as much as the strict nutrient limitations his region faces for water quality in the Chesapeake Bay.

"The state limits my phosphorus, but lodging is what peaks out my nitrogen input," he said. He has worked to fine-tune his timing of those applications, splitting them between green-up and later sidedressing passes. "We used to put more on up front, but lately we're going the other way -- we want to make sure the nitrogen is there when the plant is really making that grain," he added.

"If you put all that nitrogen down, preseason, you can get lush growth early in the season and have more risk for lodging if the weather remains favorable for high yield," he said.

Irrigators also have to monitor their water usage carefully, Friehe said. "We try to be on top of forecasts, especially later in the year when heads are filled and heavier," he said. "If you see a high wind coming, turn the water off."

Plant growth regulator (PGR) use in wheat has a long history in Europe but is less common in the U.S. Recently, however, yield-pushing farmers like Friehe are making it a regular part of their intensive wheat management.

Currently, two active ingredients, trinexapac-ethyl (branded as Palisade) and ethephon (sold generically) are registered for use in wheat for this purpose. They each mimic different plant hormones and reduce cell elongation, resulting in shorter-stemmed plants.

PGRs work best if used between jointing and flag leaf emergence, when the chemical's effect can shorten the length of the internodes without dinging grain yield, said Jochum Wiersma, a small-grains specialist at the University of Minnesota.

Growth regulator use can't guarantee a yield benefit each year since it only preserves yield lost to lodging, Wiersma noted. He views it as a risk-management tool for growers who face higher lodging risks from irrigation, rich manure sources or high-yield environments.

Friehe agreed. "We're pushing the limit of yields, and we get high winds," he said. "It's a little bit of an insurance policy." 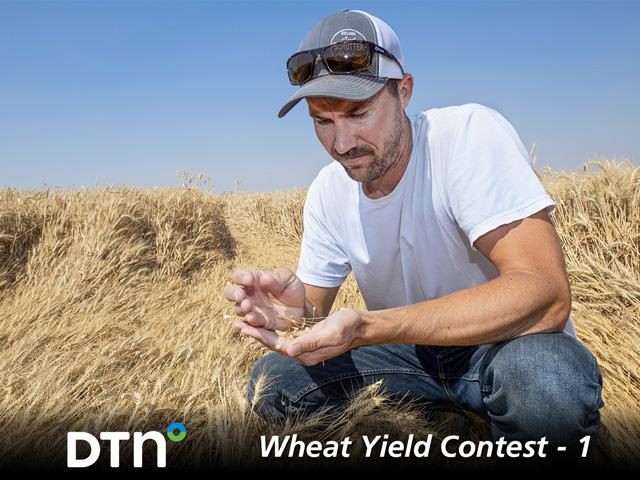