Joshua Rausch, of Paullina, Iowa, has seen yields increase at least 5 bushels per acre or more since he started planting in April several years ago instead of mid-May.

Rausch said he's "lucked out" in the past that a couple late-spring cold snaps haven't damaged his soybeans to the point that replanting was needed.

Rausch is part of a growing trend of farmers to seed soybeans as soon as soil temperatures and conditions are fit, which means before or at the same time as corn. That typically occurs in April, or possibly earlier, in many soybean-producing states.

A multistate study, "Benchmarking Soybean Production Systems in the North Central U.S.," indicates soybean yields decrease 0.2 to 0.5 bushel per acre per day when seed is planted after April 25. Read the study at https://coolbean.info/….

Shawn Conley, co-leader of the study and University of Wisconsin soybean and small grains specialist, said soybeans that are planted in mid- to late April will typically yield 5 to 10 bushels per acre more than those planted in mid-May.

Planting soybeans early isn't without peril, as many farmers found out the past two years.

Young soybeans are vulnerable to freeze damage when plants open their cotyledons and expose their growing point to the air shortly after emergence. Several hours of freezing conditions can damage or kill seedlings, reducing stands and yields.

From May 9 to 11, 2020, overnight temperatures plunged below freezing throughout much of the Soybean Belt. Lows ranged from 25 to 30 degrees Fahrenheit in all or parts of states from Nebraska to Virginia and as far south as central Kentucky, according to DTN weather data.

Four of Robert Wieland's soybean fields near Laura, Illinois, were affected in the May 2020 cold snap. The fields were planted in early April. Under ideal conditions, soybeans can germinate in two days, but cold soils delayed emergence, leaving young plants vulnerable to the cold.

About half the plants died in Wieland's four fields, totaling 240 acres. He interseeded the damaged fields planted in 20-inch rows at 80,000 seeds per acre, about half the normal rate, to compensate for the loss. Wieland said he'll continue to plant soybeans early despite the risk of frost damage.

"It really gives you a yield benefit," he continued.

A Memorial Day weekend freeze this year in parts of the upper Midwest also forced some farmers to replant soybeans. April Hemmes, who farms near Hampton, Iowa, replanted 80% of her soy acres. While not a proponent of early planted soybeans because it's a risky endeavor, she was able to get them in the ground this year earlier than normal, starting in late April.

"I still like to plant corn first to give my no-till ground a chance to warm up," Hemmes said, noting she usually plants soybeans in mid-May.

The odds of a Mother's Day weekend freeze are low, according to DTN Ag Meteorologist Emeritus Bryce Anderson, but not uncommon.

Conley recommends farmers in the Midwest wait until April 20 to plant soybeans to reduce the odds of frost damage.

Though some soybean replanting due to frost damage generally occurs every year, Conley said it usually isn't widespread enough to deter farmers who believe in early planting to abandon the practice.

-- University and industry studies generally indicate early planted soybeans generate more bushels and revenue. A five-year, multilocation Beck's Practical Farm Research study published in 2020 shows soybeans planted between April 16 and May 15 at the optimum seeding rate of 100,000 seeds per acre averaged $147 more per acre in revenue than soybeans planted between May 16 and June 15 at an optimum seeding rate of 125,000 seeds per acre. The study can be found on page 15 at www.beckshybrids.com/portals/0/sitecontent/literature/2020-2021-literature/Becks-2020-PFRBook.pdf.

"Soybeans are quite resilient ... and early planting has its benefits," said Mark Licht, Iowa State University Extension cropping systems specialist. "There is still hesitation with ultra-early planting (early April through late March), which can lead to lost plant stands and slow emergence."

This article originally appeared on DTNPF.com on Nov. 11, 2020, as part of our Conquer Your Soybean Costs series. You can read the original version here: https://www.dtnpf.com/…. 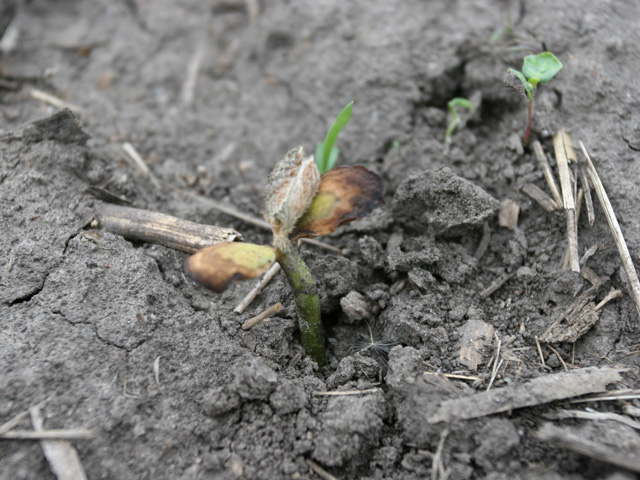