The U.S. 2021 crop season is well into the homestretch. Harvest is underway. Very warm to hot daytime conditions now tail off with the earlier onset of evening. Neighborhood conversation features the observation that it "smells like fall." Anyone reading this understands that phrase.

It's been a season of wide variability in temperatures and rainfall. Even with that discrepancy, however, the U.S. corn crop seems to have come through the season very close -- in general -- to the year 2017, which is the record-high year for corn production and yield. A look at the NASS condition reports bears that out -- but rather than scanning the top of the ratings, this inspection is on the lower end -- corn rated either poor or very poor. And, for the most part, those numbers are tracking close to that bellwether 2017 season.

In mid-September 2017, the total U.S. corn crop rating of poor or very poor combined was 13%. The top five production states of Iowa, Illinois, Nebraska, Minnesota and Indiana had combined ratings of poor to very poor as follows: Iowa 13%, Illinois 12%, Nebraska 12%, Minnesota 3% and Indiana 17%. The five-state average was 11.4%.

In mid-September 2021, the total U.S. corn crop rating of poor or very poor combined is 15%. The top five production states' ratings of poor to very poor have these numbers: Iowa 10%, Illinois 9%, Nebraska 13%, Minnesota 25% and Indiana 8%. The average of those five states' poor to very poor total is 13%.

Looking at these two years, the big difference is the Minnesota poor to very poor total -- 25% in 2021 compared with only 3% in 2017. Iowa and Illinois are both a few points lower than the 2017 year. Indiana's total is half the number in 2017. Nebraska is basically the same as four years ago.

The slightly larger number at the low end of the rating spectrum helps lend credence to the idea that corn yield will not quite reach the same level as the 176.8 bushel-per-acre record year in 2017. However, the fact that the low end of crop ratings in the top five states on average is not any larger than it is compared to 2017 supports the prospect of the 174.6 bushel-per-acre yield that the Aug. 10 USDA Crop Production report suggested.

Once again, this look at the lowest rungs on the rating ladder at this point in the season, when talk of corn reaching black layer and harvest moisture details start to appear, points out again the exhausting dryness in the northern Corn Belt. 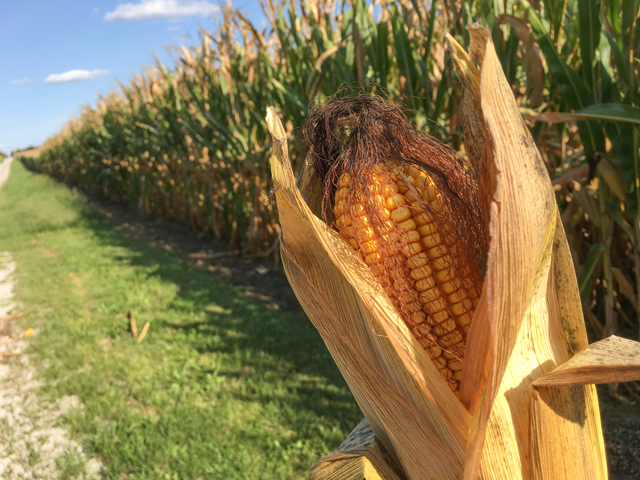