MT. JULIET, Tenn. (DTN) -- Gro Intelligence's national corn and soybean yield models barely budged in the month following the DTN Digital Yield Tour, with each dropping by only 0.1 bushel per acre. USDA's estimates over the same timeframe increased and moved closer to Gro's.

As of Sept. 13, Gro Intelligence pegged the national average corn yield at 176.4 bushels per acre (bpa). USDA raised its estimate to 176.3 bpa, up 1.7 bpa from the previous month, in the Sept. 10 Crop Production report.

"I still think those are very good estimates," DTN Lead Analyst Todd Hultman said, noting he thought Gro's numbers were closer to the mark in August than USDA's. While USDA's latest estimates are closer to Gro's, he thinks USDA's soybean estimate could still be a little low.

"Frankly, I think there's still potential for beans to come in higher by the time we get to January, simply because we had a lot of beneficial rains late in the season. We've got a lot of the Midwest that's in pretty good shape, aside from the northwestern states," Hultman said.

"It's that the Eastern Corn Belt has these massive yields that are to a large extent offsetting what's happening in the northwestern Corn Belt," he said. "It looks like we've got some really high NDVI (normalized difference vegetation index) levels in the east and some droughty areas in the northwest that are balancing out to end up with pretty decent national yields."

NDVI maps measure the comparative lushness or dryness of a field relative to average conditions, but they're only one factor in Gro's yield models. Gro's yield models use machine learning to analyze NASA satellite imagery, land surface temperatures, rainfall data, weather forecasts, soil moisture, USDA crop-condition surveys and much more to come up with estimates. (For more on how the models work, please read: https://www.dtnpf.com/….)

Statistically, the model's confidence increases during the month following the DTN Digital Yield Tour. Gro compares its yield estimates' accuracy during the growing season to USDA's final estimates that are released in January. For corn, Gro's August estimate is usually within 4.5 bushels of USDA's final estimate. In September, that number shrinks to 2.5 bushels. On soybeans, the confidence interval tightens from 1.7 bpa in August to 1.3 bpa in September.

By now, the models incorporate weather forecasts through the end of September. According to USDA's weekly Crop Progress report, 87% of the corn crop was dented as of Sunday, Sept. 12. So, by the end of the month, most of the nation's corn will have reached the end of the grain fill stage and yields will be more or less set. Gro issues its final yield estimates in mid-November, around when harvest reaches completion.

While the national numbers showed little change over the course of the month, there were notable updates to individual state yield estimates, both in Gro's models and USDA's estimates. (For a complete recap of the tour's August findings, please visit: https://spotlights.dtnpf.com/….)

The DTN Digital Yield Tour published yield estimates for 10 states, plus North Dakota, throughout the week of August 9-13.

On corn, some of Gro's largest changes occurred in northwestern portions of the Corn Belt. South Dakota saw the largest reduction, 17.5 bpa, to 125.2 bpa. Kansas yield estimates dropped more than 8 bpa to 139.1 bpa, while Minnesota's declined by 3 bpa to 177.4 bpa. For comparison, USDA left its South Dakota and Kansas estimates unchanged at 133 bpa and 138 bpa, respectively, in September, but raised its Minnesota estimate by 8 bpa to 174 bpa.

Soybeans saw smaller changes between August and September, but generally followed a similar trend. South Dakota and Kansas yields declined the most in Gro's models, while Wisconsin saw the biggest boost. USDA made some notable changes, lifting Minnesota's soybean yield estimate 4 bpa and adjusting several other states up or down a bushel.

Haines said the state changes in many ways reflect changing growing conditions in August. During the tour, the models still saw potential for crops in parched portions of the Corn Belt if rains materialized. "The model in South Dakota didn't fall off a cliff, but it continued to steadily decline," he said.

For more information on the 2021 DTN Digital Yield Tour and past ones, visit here: https://spotlights.dtnpf.com/…. Learn more about Gro Intelligence here: https://gro-intelligence.com/…. 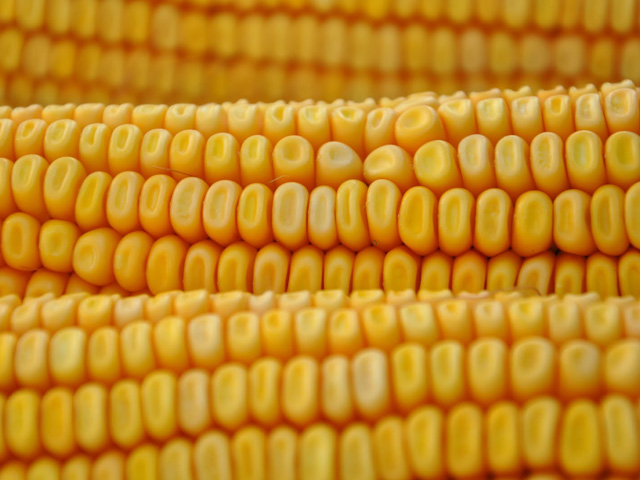