Editor's Note: This story is being updated from May 26, after judicial decisions in Arkansas have once again changed the legal status of dicamba herbicides in that state. DTN will continue to post updates as the situation evolves.

Here's an update on the situation in Arkansas, as well as the status of the Illinois and Indiana rules further restricting use of XtendiMax, Engenia and Tavium in 2021.

On June 7, 2021, the Arkansas Supreme Court issued a stay of a circuit court's temporary restraining order, which had temporarily reinstated the more restrictive 2020 dicamba rules halting spraying after May 25.

Now, the Arkansas State Plant Board's most recently adopted dicamba rules are once again in effect for the state's farmers and applicators. That includes:

-- A one-mile buffer in place around university research stations and fields.

-- A half-mile buffer in place for specialty or organic crop fields.

-- A quarter-mile buffer in place for non-dicamba-tolerant crop fields.

-- No tank mixing glyphosate and dicamba.

-- No use of older, more volatile dicamba formulations.

This makes the third major change to dicamba rules in the state in the past six weeks. On May 4, the state's plant board voted to approve the new dicamba rules listed above. That marked a significant change from 2020 when Arkansas had the most restrictive state limitations on dicamba in the country.

On May 21, Judge Morgan Welch, of the 6th Division of the Pulaski County Circuit Court, issued a temporary restraining order to halt implementation of the new dicamba rules in response to the Hooks lawsuit. On May 24, that temporary restraining order was extended until June 10, when another hearing will be held, and the state's department of agriculture informed growers that until then, the 2020 dicamba rules, with their May 25 ban on spraying, were in place. (See DTN's previous story on that development here: https://www.dtnpf.com/….)

But on Monday, June 7, in response to an appeal of that temporary restraining order by the Arkansas attorney general's office, the state's Supreme Court issued an emergency stay, flipping the state back to the new dicamba rules.

Two other states, Indiana and Illinois, will have dicamba cutoffs in 2021 that are more restrictive than the federal label. Last year, EPA announced states could no longer use Section 24(c) labels to further restrict the federal label, so those state regulators worked through different legal paths.

On March 2, the Indiana Pesticide Review Board (IPRB) voted unanimously to categorize all dicamba herbicides containing more than 6.5% dicamba as highly volatile herbicides. This will allow the state to establish a statewide permit for their use, which will ban spraying them after June 20. See a question and answer on these new rules from the Office of Indiana State Chemist here: https://www.oisc.purdue.edu/….

In Illinois, the state's department of agriculture established an emergency administrative rule in February that will ban applications of XtendiMax, Engenia and Tavium after June 20. The rule also prohibits spraying dicamba when the temperature rises above 85 degrees Fahrenheit. See more on those restrictions here: https://www2.illinois.gov/….

NO DICAMBA USE BEYOND THE FEDERAL LABEL

However, so far, EPA has rebuffed those moves, arguing that permitting more expanded use of dicamba would be unsafe and open the agency up to legal liability. See more from DTN here: https://www.dtnpf.com/….

Remember that the federal labels released in October 2020 do differ in key ways from the 2018 labels. See a DTN breakdown of that here: https://www.dtnpf.com/…. 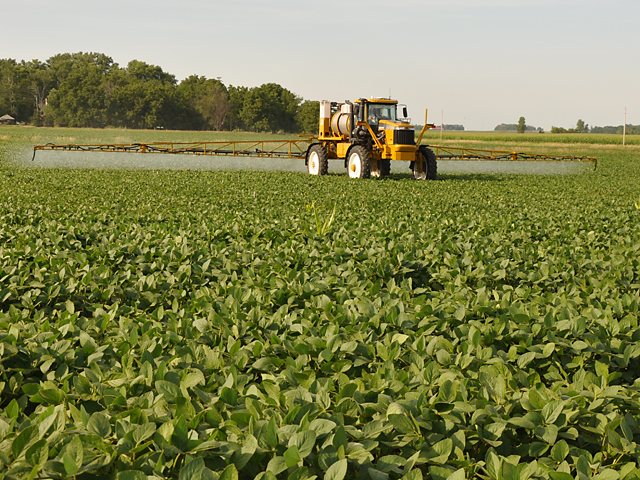