LINCOLN, Neb. (DTN) -- The EPA has 60 days to either write a new rule to allow for the safe use of chlorpyrifos or halt all food residue tolerances of the insecticide, which would effectively ban most uses of it, according to a ruling handed down by a federal court on Thursday.

In an opinion from the U.S. Court of Appeals for the Ninth Circuit in San Francisco, the court said EPA has had long enough to respond to a 2007 petition by environmental groups to ban the chemical.

"EPA has had nearly 14 years to publish a legally sufficient response to the 2007 Petition (to ban chlorpyrifos)," the court said.

"During that time, the EPA's egregious delay exposed a generation of American children to unsafe levels of chlorpyrifos. By remanding back to the EPA one last time, rather than compelling the immediate revocation of all chlorpyrifos tolerances, the court is itself being more than tolerant. But the EPA's time is now up.

"The court remands this matter to the EPA with instructions to publish a legally sufficient final response to the 2007 petition within 60 days of the issuance of the mandate. That response must be a final regulation that either revokes all chlorpyrifos tolerances or modifies chlorpyrifos tolerances and makes the requisite safety findings based on aggregate exposure, including with respect to infants and children."

In an emailed statement, EPA told DTN it was reviewing its options. "EPA is reviewing the decision as it considers its options," the statement read. "As the agency pursues its mission to protect human health, including that of children, and the environment, EPA is committed to ensuring the safety of pesticides and other chemicals. The agency is committed to helping support and protect farmworkers and their families while ensuring pesticides are used safely among the nation's agriculture. EPA will continue to use sound science in the decision-making process under the Federal Insecticide, Fungicide and Rodenticide Act."

Chlorpyrifos is an insecticide that targets biting and sucking pests, such as aphids. It is primarily used in soybeans, corn, wheat, cotton and orchard crops, although its use has fallen from 13 million pounds per year in the late 1990s, down to 5 million to 7 million pounds per year starting around 2010, according to the U.S. Geological Survey.

Corteva, the registrant and largest manufacturer of the insecticide, announced in February 2020 that it was discontinuing production of its branded chlorpyrifos product, Lorsban, citing the drop in demand.

Corteva told DTN in an emailed statement that the company is disappointed at that possibility, despite voluntarily discontinuing its chlorpyrifos production. "While Corteva Agriscience no longer produces chlorpyrifos, we are disappointed in this outcome, which threatens to effectively remove an important tool for farmers," the statement read. "The ruling disregards a robust database of more than 4,000 studies and reports that have examined the product in terms of health, safety and the environment."

Chlopyrifos has a long history of legal issues, starting with EPA fining its original registrant, Dow Chemical, nearly $1 million in 1995 for not disclosing reports of human health problems from the chemical's use during the previous decade.

The EPA reached an agreement with Dow to end all household uses of chlorpyrifos in 2000, but the legal challenges continued, especially after research showed a link between the pesticide's use and neurological problems in children, leading to the 2007 petition to ban it by environmental groups.

By 2015, the Obama EPA had decided to revoke all food residue tolerances for the insecticide, which would effectively end most, if not all, uses. But that decision was suddenly reversed in 2017 by then-EPA Administrator Scott Pruitt, and EPA forged ahead with its work on a renewed registration of chlorpyrifos.

In its opinion, the Ninth Circuit said the EPA's denial of a 2007 petition by environmental groups to ban the chemical was "arbitrary and capricious."

"The court concludes that the EPA lacked power to deny the 2007 petition without making the safety findings required by the FFDCA (Federal Food, Drug and Cosmetic Act)," the Ninth Circuit said.

"But what are the EPA's options? May it order additional study? Convene another SAP (scientific advisory panel)? Wait for 15 years to see if further evidence appears? No. Once the EPA has determined that a tolerance is not safe, it has no discretion to temporize pending additional research. It must modify or revoke the tolerance.

"On this record, immediate issuance of a final regulation is the only reasonable action, and the Court orders the EPA to do so."

One Ninth Circuit judge dissented from this ruling, arguing the court's majority opinion overruled EPA's expertise and the small, 60-day window it granted the agency would force their hand in banning the chemical, rather than fixing its risk profile.

Todd Neeley can be reached at: todd.neeley@dtn.com

Emily Unglesbee can be reached at: emily.unglesbee@dtn.com 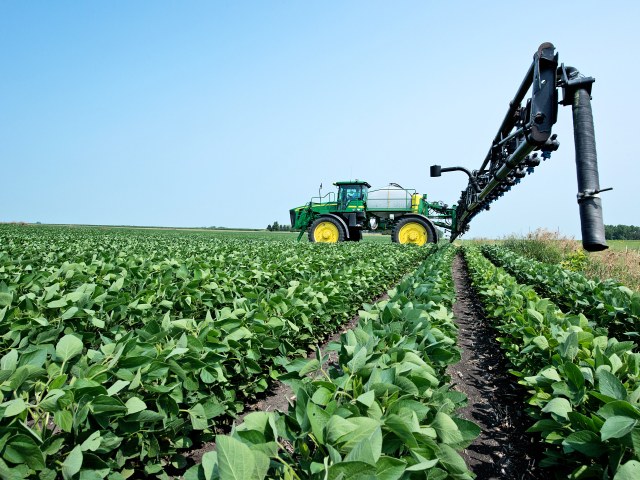