ROCKVILLE, Md. (DTN) -- The green flag of spring has been waved and farmers are off to the planting races, with some charging into corn planting and others waiting out cool temperatures.

Overall, the April planting window is looking better than many anticipated in the last DTN Field Roundup, as the month of March brought unusually warm temperatures and drought-easing rains to large swaths of the Farm Belt.

"We had been dry up until recently; then we had 4.5 inches the last week, and now we are pretty well soaked," said Kyle Samp, a north-central Missouri farmer, who is among the DTN Farmer Advisers, a group of trusted farmers and ranchers who keep DTN informed on planting progress and current events in agriculture each month through emailed updates.

"There is no doubt that an arc from the south-central Plains through the Great Lakes has had a big improvement in soil moisture this spring," said DTN Senior Ag Meteorologist Bryce Anderson. "Much of this swath had precipitation of 2 to 5 inches during mid-March. And most of that moisture went into the soil profile."

That moisture accompanied an unusually balmy start to spring, with eight states -- Iowa, Michigan, Minnesota, Nebraska, North Dakota, South Dakota and Wisconsin -- clocking one of their top 10 warmest Marches, according to USDA. That lured many to the field early, but lower temperatures have stalled field work in many Midwestern states. "We had great weather to start the month and planted about 20% of our corn," Samp said. "But we've turned off wet and cold, so we will see how that turns out."

In the meantime, drought has intensified in the West and in the Northern Plains, Anderson noted, with North Dakota enduring a record-setting dry spell in the past six months and many Western states still waiting on moisture. "Dry is an understatement," explained northeast Colorado farmer Marc Arnusch, whose farm may have to idle 60% of its acres in the face of irrigation water rationing. "Last week, our irrigation district issued a 5% pro-rate, which means many of our farms will have two to four days' worth of irrigation water for the year," he said.

In more Southern regions such as Oklahoma, Arkansas and even southern Indiana, farmers were knee-deep in planting, in between dodging rain showers.

Charles Williams has planted much of his corn acreage this year, despite continual wet weather in eastern Arkansas. At the time this article was posted, he had just finished bedding up cotton and rice rows, with the goal of planting rice and soybeans until April 26 before switching to cotton.

Likewise, southwest Indiana farmer Scott Wallis estimated he was about 30% to 40% done with soybean planting and 20% to 30% done with corn planting, thanks to the warm weather in his region in early April. And, after pausing with just 550 acres of corn planting left Tuesday, northeast Oklahoma farmer Zack Rendel tossed out those rare words most farmers only whisper: "Planting is going great! Conditions are the best I've had."

But the vast majority of DTN Farmer Advisers reported hitting a cold, wet stop sign in the past week. "Last week, Monday and Tuesday were very busy at the co-op," recalled northwest Iowa farmer Jay Magnussen, who also works at a local co-op. "You would have thought it was the 10th of May, the way farmers were excited." Then conditions turned rainy and cold, and Magnussen is advising growers keep their corn and soybean seed in the bag as soil temperatures linger under 48 degrees Fahrenheit.

Farmers in Nebraska, Minnesota, Michigan, Missouri, Ohio, and Kansas echoed that experience. Few are panicking at the April pause, however. With the disastrous planting delays of 2019 further from their mind, most seemed content to wait for better conditions. "It may not be until April 22 that aggressive planting will occur," predicted south-central Minnesota farmer Mark Nowak, who pegs April 19-30 as the ideal planting window for his region.

"I'm trying to be patient in regards to planting," concurred central Ohio farmer Keith Peters. "I'm going to put a few beans in the next couple of days, but I think I'll hold off on corn 'til the first of the week. As tempting as it is, there is nothing worse than planting corn and then have it turn off cold and it lays in the ground and struggles to emerge."

WAITING FOR INPUTS AND WEIGHING VACCINES

There is plenty to do in the interim, with farmers spraying burndown applications, applying fertilizer and doing field repair and tillage.

But input delays and shortages were a common refrain, with only four farmer advisers reporting adequate chemical and fertilizer supplies. "It's expensive, but we have supply," as Magnussen put it. "The price of phosphorus has almost doubled locally from last fall."

But 11 other farmer advisers reported notable chemical shortages in their area, with glufosinate and glyphosate in particularly short supply. "We secured most of our needs in advance, but I have had some calls from suppliers the past several weeks saying that we should secure our glufosinate because they know they'll run out," Arkansas' Williams said. In Nebraska, Kenny Reinke ran into trouble finding some generic herbicides. In Colorado, Arnusch has been warned of a tight glyphosate supply. "There is some discussion of a shortage looming surrounding some popular products like Status (dicamba); however, glyphosate is easily the most talked-about shortage in eastern Colorado," he said.

In Oklahoma, Rendel is bracing for worse supply chain issues as the season advances. "I'm hearing combine parts could be very, very hard to get in season," he warned. "That will make some very angry farmers. Plus, any electronics are on a five-month backorder!" Ohio's Peters has already experienced this problem; after a months-long wait for planter parts, he had to track down off-brand ones.

COVID-19 vaccines are in more abundant supply for the DTN Farmer Advisers, especially as agriculture falls into a prioritized category for access. Of the 15 farmers who responded, roughly half had received the vaccine, and most had family members or employees who had opted to receive it as well.

Of those who have opted not to get the vaccine, most expressed a desire for more long-term testing of the shots. However, some are simply waiting until the shots are more plentiful or required for travel, and some who have already had COVID-19 have voluntarily put themselves at the back of the line. 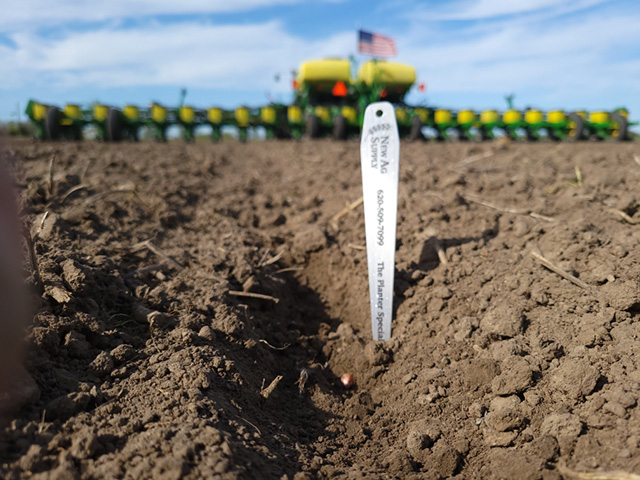