Imagine breakfast without coffee. Or bananas. Or orange juice! All come to our table from crops facing pest problems serious enough to threaten their future -- and the answer to their survival may depend on genetic tinkering.

Will consumers be more accepting of genetically modified (GM) food if they are faced with going without?

For a few weeks, DTN/Progressive Farmer has been exploring the past and future of genetic engineering breakthroughs in agriculture. In this, the eighth story of our special series called Gene Revolution Turns 25, read on to find a sampling of some GM plants and foods that have made it through punishing regulatory paths and are poised to change parts of the world -- and maybe even the minds of wary consumers.

RICE WITH A VIEW

The World Health Organization estimates that vitamin A deficiency affects millions of children and pregnant women worldwide each year and is the leading cause of preventable childhood blindness. For years, vitamin supplementation programs have been put in place by global relief groups to try to end this suffering.

Then, in 1999, scientists made a breakthrough: They genetically engineered a strain of rice to produce high levels of beta-carotene, which our bodies convert to vitamin A. Five years later, another strain of rice was developed, which produced even more beta-carotene. Known as Golden Rice, these yellow-colored grains of rice have been hailed as a lifesaving discovery and even netted a Patents for Humanity award in 2015.

Anti-GM protests, regulatory hurdles and the plodding pace of rice breeding have slowed the rice's progress. In recent years, however, Golden Rice gained regulatory approvals for consumption in Australia, Canada, New Zealand, the Philippines and the U.S. As of press time, at least two countries, Bangladesh and the Philippines, were also considering issuing regulatory approvals to plant and grow Golden Rice varieties.

Once a proud pillar of North American forests, the American chestnut tree has become a critically endangered species, brought to the brink of extinction by an invasive fungal disease called chestnut blight. First found in the U.S. in 1904, the blight has wiped out billions of chestnut trees, once prized for their edible nuts and fast-growing, high-quality hardwood.

The American chestnut tree has been the target of multiple scientific rescue missions, including attempts to backcross remaining trees with the Chinese chestnut, which is resistant to the blight. Some of the most promising efforts to resurrect the original, however, involve biotechnology. Researchers at SUNY New York's College of Environmental Science and Forestry have developed a GM chestnut variety that expresses a wheat gene that allows it to survive blight infections.

The GM American chestnut variety is currently awaiting USDA's decision on its deregulation, which would allow it to be released in U.S. forests.

A PAPAYA WITH A PURPOSE

Just two decades ago, the papaya -- the popular golden-colored tropical fruit packed full of Vitamin C and flavor -- was in trouble. A stubborn disease called the Papaya ringspot virus was plaguing growers around the world and threatening future production.

Scientists from Cornell University and the University of Hawaii rapidly developed one of the world's first GM (genetically modified) fruits, a papaya genetically engineered to resist the ringspot virus. These public-sector scientists were able to distribute the first resistant seeds to Hawaiian farmers in 1998. By 2009, the Rainbow papaya, as it is known, accounted for 77% of the islands' papaya production.

Like many GM crops, the Rainbow papaya has been the target of anti-GM activists, who have stalled efforts to develop additional GM ringspot-virus-resistant papayas in other countries, such as Taiwan and Thailand. But, some of the world is slowly coming around: Canada has been importing the GM papaya since 2003, and Japan since 2012.

Editor's Note: This is the eighth of the stories in our special Gene Revolution Turns 25 series. Next in the series: When holes began to appear in genetically engineered technology designed to control weeds and pests, see how some growers returned to time-proven practices of previous generations. 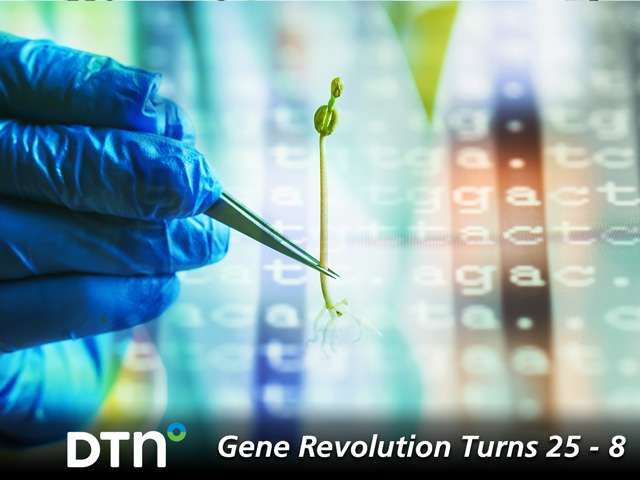