ANKENY, Iowa (DTN) -- Farmers may want to lock in fertilizer supplies and prices soon for the 2021 crop if they haven't done so, according to Josh Linville, director of fertilizer for StoneX (formerly INTL FC Stone).

The fertilizer and risk management analyst said a "perfect storm" of factors have contributed to tight crop nutrient supplies and a surge in prices. Fundamentals indicate neither will ease by the time fieldwork begins across much of the country this spring.

Linville said macronutrients are at the top of his supply concerns. This includes various types of nitrogen, potash and phosphate products such as MAP and DAP.

"I won't say farmers won't be able to find products, but it could be at a (high) price. This is a capitalistic system," Linville said.

"Farmers need to have a conversation with their fertilizer supplier now about their needs," he continued. "The longer they wait, the more pressure it puts on the supply system and the more you have to rely on just-in-time demand."

StoneX is a global financial services and consulting company. The fertilizer division assists companies with sales and procurement strategies.

Retail fertilizer prices have skyrocketed since last fall, according to retailers regularly surveyed by DTN. The average price for DAP, for example, is now at an eight-year high at $600 per ton.

A significant price surge, which DTN designates as 5% or more, occurred in each of the past three weeks for all eight of the fertilizers DTN tracks. The following are average fertilizer prices per ton and percent increases compared to last month as of Feb. 24:

Reid Thompson, who farms 3,400 acres of corn and soybeans with family near Colfax, Illinois, tracks fertilizer prices and trends with the goal of purchasing inputs at the best time to minimize expenses.

Thompson purchased all the UAN28 he'll use for the 2021 corn crop last August for a little less than $150 per ton. That's about $100 less than current prices.

But he still has about 50 to 100 tons of dry fertilizer to buy for the 2021 crop. Thompson expects to pay about $100 to $150 per ton more for this spring for MAP and DAP, compared to what he paid to lock in 90% of the farm's needs in December. Soil test results weren't in on some ground to buy all of the requirements.

"Fortunately, we bought nitrogen at the cheapest level it had been in three to four years," Thompson said. "I guess I should have written a bigger check in December (for dry fertilizer and estimated needs). Coincidently, fertilizer prices follow suit with grain prices."

Linville and Jim Fettkether, a farmer and fertilizer retailer near Dunkerton, Iowa, said Thompson's price observation, by-in-large, is correct. Both commodity and fertilizer values started to march upward in August.

The August derecho, a vicious windstorm that destroyed millions of acres of crops across in Iowa and other Midwest states, sparked a commodity price rally, according to Linville. Strong domestic and international demand for grain and cotton contributed to the rally, as well and will likely help sustain it in the near term.

"That will jumpstart the fertilizer market pretty quick," he continued.

"Anytime you put $5 in front of corn, you know the fertilizer industry is watching," Fettkether added. "Everyone (crop input companies, landlords, etc.) wants a piece of the pie."

Strong fall fertilizer demand contributed to fertilizer higher prices and possible supply issues, Linville said. He credits prospects of a profitable 2021 for grain producers and a near-perfect fall for application.

"There will be significant tightness on some products, namely MAP and DAP," Linville said. "We emptied the system and there's been disruption with imports. The period from the end of fall to the spring isn't that long to replenish supplies."

The U.S Department of Commerce slapped duties on phosphate fertilizer imports from Russia and Morocco in November after an investigation determined producers in these countries were receiving unfair subsidies. The Mosaic Company requested the action. Duties range from 21% to 72.5%.

Phosphate imports dropped as a result, Linville said. DAP prices have nearly doubled since the end of June, partly due to supply issues.

Other fertilizer imports are down as well. Linville said 1.7 million metric tons (mmt) of urea is scheduled to arrive during the first quarter of 2021, but 3 mmt to 3.3 mmt are needed by the end of June.

The trucking, rail and barge industries are also affected by extreme winter weather, according to Mike Steenhoek, executive director of the Soy Transportation Coalition.

In a recent press release, Steenhoek said trains are often slowed due to ice and snow on tracks and extreme cold can negatively affect air braking systems. It's not uncommon for the overall length of trains to be reduced.

Ice on inland waterways can limit the width of barge flotillas, which recently occurred on the Illinois River. Extreme cold results in limits on the amount of time truck drivers, train operators and barge crews can safely work outside.

Thompson isn't worried about getting needed fertilizer or prices minimizing the prospect of profitability this year since he locked in most of his supplies early. However, 2022, he said, might be a different story.

It's not unreasonable to project phosphate products could cost $700 per ton by next fall, Thompson said.

"We have years (such as 2021) that we can finally dig out of a hole from an income perspective, and then we give it all back in input costs," he continued.

Fettkether said fertilizer supplies, for the most part, have been ample the last few years and moderately priced. "This year's costs may be pretty small compared to next year," he added.

When farmers make fertilizer purchases for the 2022 crop, Linville said they may want to sell a portion of their projected production at or near the same time to cover fertilizer costs.

"If you secure inputs and the output to lock in your margin, then you are truly hedged," Linville said. 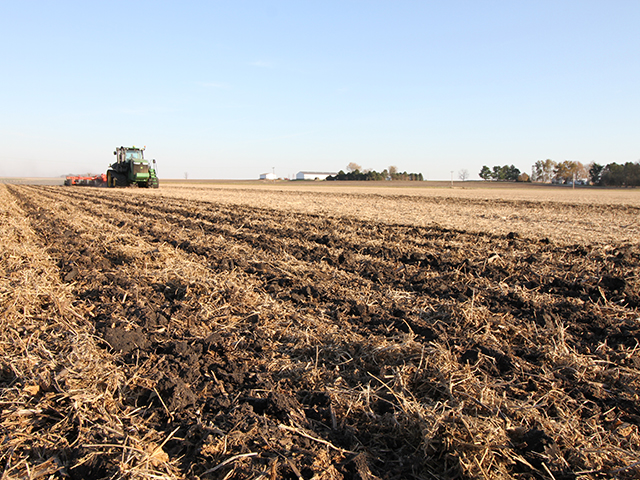