OMAHA (DTN) -- Farmers who live in colder environments need to adjust cover crop management practices to avoid issues with phosphorus (P) releases into surface and subsurface water. The type of cover crop planted should be part of that decision process.

The issue was addressed in several presentations at the University of Minnesota and the Minnesota Agricultural Water Resources Center's 2021 Nutrient Management Conference.

This year's conference was held virtually and can viewed here: https://www.youtube.com/…

Here are a few of the conference highlights regarding using cover crops in northerly regions.

One possible negative aspect of utilizing cover crops in colder environments would be the movement of P fertilizer with water. This could be surface water or subsurface water that moves in tiles.

There are basic practices to prevent P releases from cover crops in frozen crop residue during the winter. These include preventing the buildup of P in the soil and reducing the potential for surface runoff in the spring, she said.

Farmers who want to utilize cover crops in the Northern Plains should have a management strategy in place. This could include several factors such as cover crop varieties, seeding rate, timing, application method, termination and fertility management.

After a hard freeze, P typically binds itself to soil particles and is available to the next crop in the spring, she said. Problems arise if water sits on the field for any length of time, an issue as snow melts in the late winter and early spring.

Pease said researchers at the Northwest Research and Outreach Center have conducted experiments with cover crops and P releases. What they found was the most P was released in the first 24 hours of cover crops being submerged in water.

"We need to tie up P in the fall in binding sites and we need to keep soil and water in place in the spring," Pease said.

Another issue for those planting cover crops in northwest Minnesota is a frozen layer of soil that can remain even after the soil has thawed, Pease said.

This layer is often under four to five inches of thawed soil but will not allow the water to absorb into the soil. She said there is no room for water to move into the soil and water will then sit on the field surface.

A strategy to avoid issues with P releases would be to apply less P. This could be done with an application every year using less P or applying every other year.

ALL WINTERS NOT THE SAME

Merrin Macrae, a professor of geography and environmental management at the University of Waterloo located in Waterloo, Ontario, Canada, said during her presentations that even within northern areas all winters are not the same. Her area of the Great Lakes region can see cold temperatures and they get snow, but not the amount of snow and the extreme cold temperatures as the Northern Plains regions.

The Great Lakes region has more tiled fields than the Northern Plains region, which is another possible way P could move into water sources. Subsurface runoff is an important P pathway, she said.

"It is a less-well-known pathway than surface runoff," Macrae said.

Research at the University of Waterloo showed there are practices when using cover crops that can be limit the movement of P in water, whether it is surface or subsurface movement.

Macrae said the species of the cover crop mattered on how much P was released.

Cover crops planted mainly to vetch saw lower P losses compared to cover crops with oats and radishes, she said. Oats lost the nutrients early after the first frost while radishes made it into January before releasing P.

Nathan Nelson, a professor of soil fertility and nutrient management at Kansas State University, said no-till producers in the state had lots of questions about utilizing cover crops. So KSU Extension conducted a four-year study in which different P levels were applied in fields with and without cover crops. Fall- and spring-applied P were both tested.

There is some data that showed injecting P into the soil in the spring decreased P levels in runoff compared to surface broadcasting.

There was a 29% decrease in the average total P concentration by utilizing the injected system over broadcast application. The dissolved reactive phosphorus (DRP) concentration, which increases the risk of algal blooms in water sources, decreased by 41% by using spring injected.

"Cover crops do a pretty good job of reducing runoff intensity and an excellent job of reducing erosion," Nelson said. "But they are not a silver bullet as their effect on phosphorus loss is mixed." 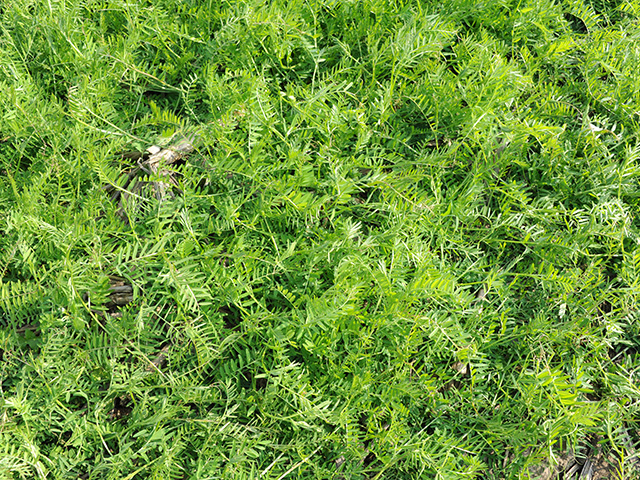