ROCKVILLE, Md. (DTN) -- EPA's oversight of state Section 24(c) labels is poorly managed, risky to the public and environment and needs an overhaul, the agency's Inspector General said in a report issued Wednesday.

The report could have implications for farmers, pesticide applicators and state regulators, who often rely on these types of pesticide labels, also known as special local needs labels or SLNs, to address local environmental or pest problems.

In this report, titled "EPA Is at Risk of Not Achieving Special Local Needs Program Goals for Pesticides," the EPA's Office of the Inspector General (OIG) demanded the agency make major changes to its oversight of Section 24(c) labels.

The OIG functions as an internal government watchdog for all the major federal and state agencies. Each government agency, including EPA, has an OIG division within it that regularly reviews the agency's actions and programs for fraud, waste, abuse or mismanagement.

Section 24(c) labels have come under scrutiny lately because several states have used them to further restrict federal dicamba labels in the past few years. Most recently, EPA announced it will no longer permit this kind of restrictive state SLN labels. (See more on that here: https://www.dtnpf.com/….)

While the Inspector General's report touched on that issue, it largely focused on EPA's current mismanagement of the entire Section 24(c) process. EPA does not have a standard procedure for reviewing these state-created labels, it lacks the protocols or data to assess how well they are working and there is no public database of current 24(c) labels for states or the public to see, the report stated. The report also concluded EPA does a poor job of communicating with the state officials who create, submit and enforce these labels.

State pesticide regulators told DTN they agreed with the bulk of the report's conclusions. "In a nutshell, we agree with the OIG report's conclusion," said Leo Reed, an Indiana pesticide regulator who serves as president of the American Association of Pesticide Control Officials (AAPCO). "There's a disconnect between the states and EPA and a need for comprehensive guidance that both the EPA and the states are aware of and using."

Some states are still actively struggling to get Section 24(c) labels past EPA's review process in time for the 2021 spray season. A large group of states from the South, including North Carolina, Alabama, Mississippi, Oklahoma and Texas, are working to expand the federal dicamba cutoff dates in their states to accommodate late soybean and cotton planting. But they are running into resistance from EPA which is demanding additional data it has never required before, said Pat Jones, a North Carolina pesticide regulator. "We really do need some consistency and to know what states are expected to submit, instead of changing the requirements on us all the time," Jones said.

In some places, the EPA's current problems could be endangering the public, the report said. "Given the information gathered from our state interviews, the [EPA's Office of Pesticide Program's] inconsistent and ineffective communication of its oversight role to state partners increases the risk to human health and the environment," the inspectors wrote.

For example, during the investigation, OIG inspectors found there was confusion over who was responsible for producing and reviewing the risk assessments that determine if a state's new special local needs label is safe for the environment and public. EPA reported the states were responsible for these, while some states told the OIG inspectors they assumed EPA was.

"Representatives from three of the states we interviewed informed us that they do not have the staff resources or expertise to review the technical information in SLN registrations," the OIG inspectors wrote. Specifically, some states lacked the necessary toxicologists to do pesticide risk assessments and others didn't have the resources to adequately test pesticide products. "[T]hese resource-challenged states said that they relied on the EPA to review health and safety data for each SLN registration. Because this assumption was, in fact, incorrect, the states introduced risk to the SLN application review process," the report concluded.

The Inspector General's report also called out EPA's sudden reversal on its long-held policy of allowing states to issue Section 24(c) labels that are more restrictive than the federal label. As of November 2020, the agency will no longer permit this practice, a significant policy change that was communicated to states via a footnote within the 2020 dicamba registrations.

"All representatives from the six states we interviewed stressed the importance of the ability to restrict pesticides based upon their own local needs and encouraged the EPA to retain the option of permitting states to restrict pesticide uses through the FIFRA 24(c) registration process," the OIG inspectors noted.

The report didn't dig into the legality of EPA's policy reversal on 24(c) labels, which are the subject of two ongoing federal lawsuits, but that remains a possibility, Jeffrey Lagda, congressional and media liaison for EPA's OIG, told DTN.

"The OIG did not conduct any work of the legality of EPA's final decision, but could consider that in the future if deemed necessary," Lagda wrote in an email to DTN.

The report also pointed out the Association of American Pesticide Control Officials (AAPCO) had developed a guidance document for states on how to submit Section 24(c) labels that addressed some of the confusion in the process OIG had found in its investigation. However, the EPA has taken no action on it. The OIG inspectors told EPA to either adopt that guidance or develop their own.

Ultimately, the report demanded five fixes from EPA, which the agency has consented to:

--By the end of 2021, EPA will make a public database that includes all current Section 24(c) labels, with registration dates, the label's duration and the actual label itself. The database will be accessible here: https://iaspub.epa.gov/….

--By July 2022, EPA will collect data on its 90-day special local needs review process, develop a performance measure to track how it is working, and if necessary, make changes.

--By the end of 2021, EPA will create a standard operating procedure so that all labels will be reviewed uniformly and by the same standards.

--By the end of 2021, EPA will engage with AAPCO to see if state officials find the agency's current Section 24(c) guidance sufficient and amend it, if necessary.

--By June 30 of this year, EPA will contact all state regulatory partners and let them know where and how they can get a consultation with the agency before submitting new labels. 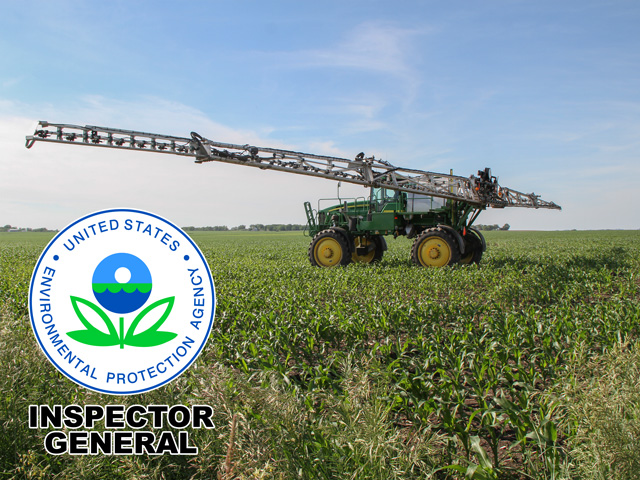