ROCKVILLE, Md. (DTN) -- USDA deregulated a new Bt cotton trait, the first of its kind to target plant bugs and thrips, on Jan. 16.

The cotton trait, MON 88702, was developed by Monsanto and is now owned by Bayer, which is branding it as ThryvOn cotton. It expresses a new Bt protein, mCry51a2, which targets the following pests:

"We plan for a stewarded Ground Breakers Field Trial Program introduction of this product in U.S. geographies in 2021 and anticipate following with a full commercial launch, pending regulatory approvals and other factors," Jon Riley, Bayer's cotton trait launch lead for North America, said in an emailed statement.

"While the USDA deregulation of ThryvOn technology is an important step in the advancement of this technology in the regulatory process, Bayer will continue to work with export markets for additional regulatory approvals," added Bayer spokesperson Brian Leake.

The new Bt cotton trait received a commercial registration earlier this year from EPA, which regulates any crops that produce pesticides, such as Bt proteins. ThryvOn varieties are also stacked with the VIP cotton trait (Vip3A) and BollGard II trait (Cry1Ac + Cry2Ab2).

USDA's Animal and Plant Health Inspection Service (APHIS), which also oversees regulation of Bt crops, released its draft risk assessments of the trait's potential effect on the environment in October 2020 for 30 days of public comment. Now the agency has finished reviewing comments and is releasing the trait from its regulatory grip.

"APHIS considered all public comments and conducted a thorough review of the potential environmental impacts ... reaching a finding of no significant impact (FONSI)," the agency wrote on its website. "APHIS concluded ... that the MON 88702 cotton variety is unlikely to pose a plant pest risk to agricultural crops or other plants in the United States and is deregulating it effective Jan. 19, 2021."

Both thrips and plant bugs are major pests of cotton; one Mississippi State University study estimated they cost cotton growers a combined $242 million in 2018 in control costs and yield losses.

Both insects can be controlled by insecticides, but resistance has developed among both plant bugs and thrips to pyrethroids and organophosphate insecticides, as well as neonicotinoid resistance in thrips, Monsanto noted in its original petition for deregulation of MON 88702.

The mCry51a2 trait in MON 88702 also has activity against two other agricultural insect pests: the Colorado potato beetle and southern corn rootworm, though neither are likely to be exposed to the protein as they aren't pests of cotton, Monsanto's petition noted. 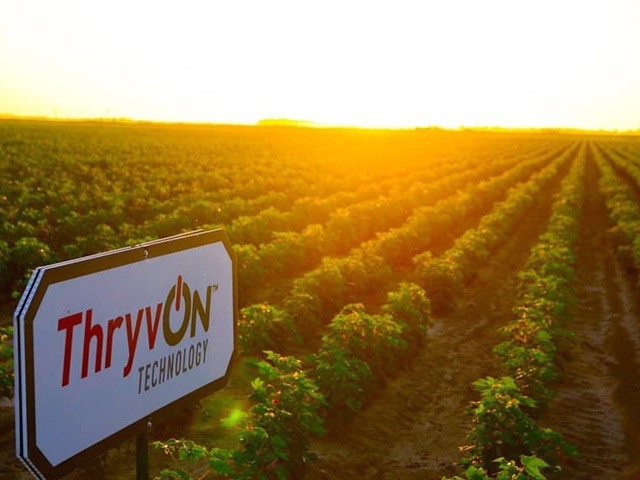