ROCKVILLE, Md. (DTN) -- It's hard to keep a wireworm down -- but that might be changing.

EPA has granted a registration to a new insecticide active ingredient, broflanilide, which represents a new class of insecticides (Group 30—meta-diamides and isoxazolines).

BASF is planning to launch more than a dozen products with this new active ingredient, targeting pests like ants, cockroaches, and termites. But most immediately, the company will commercialize a seed-applied insecticide this year called Teraxxa, which targets wireworms for small grains growers in the United States.

It is the first insecticide on the U.S. market that actually kills wireworms, Ruhiyyih Dyrdahl-Young, a BASF regional technical representative for the northern Great Plains, told DTN. (Teraxxa is already commercialized in Canada, as is another BASF product with broflanilide, Cimegra, which targets wireworms in potatoes and wireworms and rootworms in corn.)

TO KILL A WIREWORM

Wireworms -- tiny, orange, hard-bodied, worm-shaped pests -- are known for the stand-destroying damage they can inflict on seeds and seedlings across the crop spectrum. As soil-dwelling insects, they are also stubbornly hard to control.

The only other types of insecticides that target wireworms, neonicotinoids (such as Poncho or Cruiser) and diamides (such as Lumivia), only overpower the pests temporarily, rather like a very long night of drinking.

"They briefly intoxicate the insect," Dyrdahl-Young explained. Afterwards, the insects are often described as "moribund" or in a near-death state, but -- like most hardened partygoers -- they inevitably wake up, recover and start eating again.

"So what we see is a brief period of time when the crop is being established that they are intoxicated, but later in the season, they start feeding and reproducing again, so we can see those populations really explode," Dyrdahl-Young said.

Broflanilide is a much more dangerous potion for the wireworm, however. It quite literally messes with their minds. "In a wireworm's nervous system, there are two different nerve signals -- excitation and inhibition, or rather, a red light and a green light," Dyrdahl-Young explained. "Wireworms move when those two signals work in conjunction with one another -- stop, go, stop, go."

But one nip of broflanilide and all the brakes are off, she said. "What Teraxxa does is bind with all the red lights and turns on all the green lights," she said. "So when you see a wireworm exposed, it's in overexcitation -- it convulses and twitches around and quickly induces the long goodnight."

The result is an insecticide that not only stops feeding injury, but also lowers the population of wireworms in a field each year, Dyrdahl-Young said.

PRODUCTS TO WATCH FOR

Teraxxa is only labeled for small grains such as wheat, barley, oats, rye, and triticale for now. "It's a brand-new active ingredient, so we're still trying to understand where we take it next," Dyrdahl-Young said. "We saw a really desperate need for it in the wheat market, so our initial registration is just on small grains."

EPA's registration documents for the new chemical state that it does offer control of another soil-dwelling insect, corn rootworm larvae, and BASF has two other in-furrow insecticide products, Nurizma SC and Cimegra SC, in the pipeline for use in corn.

But Teraxxa is only labeled to control wireworms, so small grains growers with a history of other soil-dwelling or early season insects will have to add other seed insecticides or pest management strategies to control those, Dyrdahl-Young noted.

EPA noted the chemical is "highly toxic" to pollinators and certain aquatic species, as well as toxic to birds and other seed-eating mammals. But the agency concluded its exposure to these species should be low because the products are limited to in-furrow applications and seed treatments, and broflanilide is a contact insecticide and not systemic, meaning it will stay in the root system, rather than spreading up through the plant toward flowering structures.

The EPA's ecological risk assessment did not appear to consider the phenomenon of seed-applied insecticides "dusting off" of seeds and contaminating nearby bee-attracting plants as a route of exposure. It did, however, account for the dangers of birds and other mammals eating the treated seed, in its proposed registration decision.

"Regarding birds and mammals, chronic risks related to seed treatment uses were identified as a result of the availability of seeds and consumption by birds and mammals," EPA stated. "To mitigate these risks, the EPA will propose language be added to the [Teraxxa] treated seed bag labeling that requests soil incorporation of treated seed, that prohibits broadcast seed sowing, and that instructs applicators and loaders to clean up spilled seed."

See more on the discovery of broflanilide, which was licensed to BASF by Mitsui Chemicals Agro, Inc., here: https://www.ncbi.nlm.nih.gov/…. 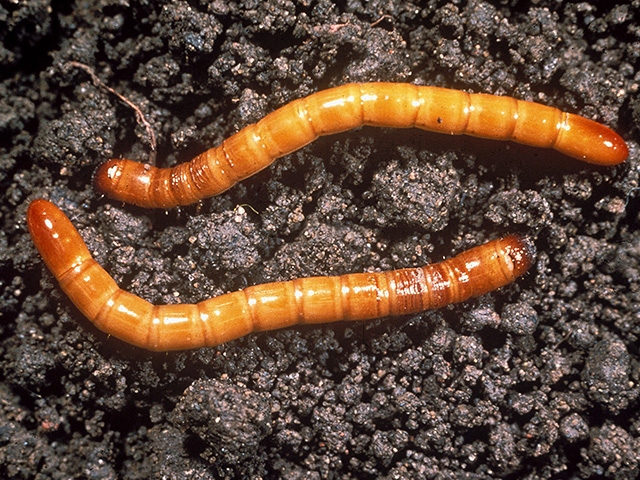