Editor's Note: This story was updated to clarify AgVend is not a party to the lawsuit, even though the lawsuit uses the company as an example.

The lawsuit, which seeks class-action status, was filed in the U.S. District Court for southern Illinois by Barbara Piper on behalf of her late husband's estate. Michael Piper, who farmed near Mt. Vernon, Illinois, died in 2017. The lawsuit argues that Piper paid more for Liberty herbicide than what would have been a sustainable price in a genuinely competitive market, just like many other farmers across the country.

Fourteen defendants are named in the legal filing, and among them, crop input manufacturers such as Bayer Crop Science, Corteva, Syngenta and BASF. The lawsuit alleges large wholesalers, particularly Cargill, Winfield Solutions and Univar Solutions, were complicit in anti-competitive practices along with retailers, including CHS, Nutrien Ag Solutions, Growmark, Simplot, Tenkoz and Federated Co-operatives.

DTN contacted all defendants by email, and the responses received by the time this article was posted are included below. In general, the companies say they believe the lawsuit is without merit and they intend to put forth a vigorous defense.

The lawsuit argues the existing crop input distribution process, which uses a network of authorized retailers to reach customers, is designed to conceal pricing information, allowing companies to sell seed, chemicals and other inputs at higher profit margins while depriving farmers of information that would allow them to make better decisions.

"Farmers, through no fault of their own, are unwittingly paying more for crop inputs than they would in a truly competitive market," the lawsuit states, arguing that input costs have risen substantially more than yields over the past 20 years. It argues that disparity is pushing farmers out of business. The lawsuit never mentions commodity markets or other factors that influence farm profitability.

The lawsuit details several companies' reaction to Farmers Business Network's (FBN) entry into the market, and the general concern that was widely discussed at CropLife America's annual meeting in 2017. CropLife America is a trade association that represents major crop input manufacturers, wholesalers and retailers, but because there are no farmers on the board of directors, the lawsuit alleges, the organization's meetings make "an ideal vehicle for collusion."

A representative from Crop Life America told DTN it doesn't comment on ongoing litigation brought against its member companies.

The lawsuit alleges that retailer and wholesaler defendants pressured the manufacturers to refuse to supply FBN because electronic platforms would cut into their market positions and profit margins and that manufacturers complied by imposing strict conditions in its contracts with authorized retailers to prevent sales to the startup.

FBN attempted to break the boycott by purchasing Yorkton Distributors, a Canada-based retailer with decades-old supply agreements, but most of the manufacturing defendants canceled their contracts with Yorkton within a few months of the transaction. Instead, FBN began developing its own inputs.

AgVend, another online platform, was also referenced but is not part of the lawsuit. A company spokesperson told DTN the company is misrepresented throughout the filing.

"As a result of the Retailer, Wholesaler, and Manufacturer Defendants' coordinated actions, farmers were deprived of the opportunity to purchase crop inputs at transparent, lower prices from electronic platforms. Instead, they were forced to continue paying artificially high prices for crop inputs purchased from local retailers subject to Defendants' confidentiality requirements," the lawsuit stated.

Canada's Competition Bureau is formally investigating collusion, and the lawsuit said the U.S. Department of Justice is also considering opening a case.

DTN attempted to contact all the defendants by email. Not all responded by the time this article was posted.

A representative from Corteva said they're aware of the lawsuit "involving allegations relating to the manner in which several agricultural industry members marketed and sold products. Corteva believes that the allegations are factually and legally unsupported and will vigorously defend the case."

A spokesperson for Syngenta said the company "is dedicated to the support and success of our customers, and we will vigorously defend any allegations that our actions have been improper or illegal."

Bayer said it has not yet been served with the complaint, "and will review it in due course. Based on information in published reports, we believe the markets identified in this action are competitive, and the complaint has no merit."

BASF also said it is aware of the lawsuit "alleging BASF and certain other manufacturers, distributors, and retailers of crop inputs violated antitrust laws. BASF strongly disagrees with the allegations in the lawsuit and intends to defend itself vigorously. Most importantly, BASF is committed to a fair and competitive marketplace that provides access for farmers to the critical products they need."

A CHS representative said they're aware of the filing, but it is company policy not to comment on pending litigation. 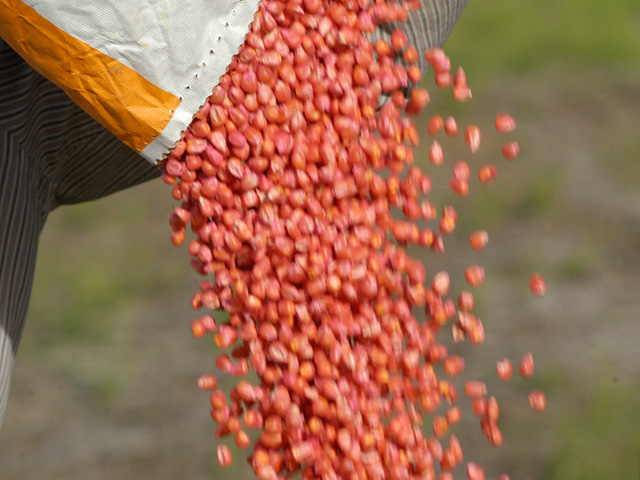