ROCKVILLE, Md. (DTN) -- In what is becoming a familiar cycle, a group of environmental and farm groups have filed a lawsuit challenging EPA's latest round of dicamba herbicide registrations.

The plaintiffs in that lawsuit -- National Family Farm Coalition, Center for Food Safety, Center for Biological Diversity and Pesticide Action Network -- had vowed to challenge the EPA's new 2020 registrations of XtendiMax (Bayer), Engenia (BASF) and Tavium (Syngenta) after they were announced in late October.

Now they have followed through, with a five-page filing in the U.S. Court of Appeals for the Ninth Circuit in San Francisco, the same court that oversaw their earlier lawsuit as well.

The new dicamba lawsuit echoes the plaintiffs' past successful lawsuit against EPA in many ways. As in that older lawsuit, the plaintiffs argue that EPA broke its governing law, the Federal Insecticide, Fungicide and Rodenticide Act (FIFRA) when it granted unconditional five-year registrations for three dicamba herbicides by failing to prove the new registrations pose "no unreasonable adverse effects on the environment." And once again, the new lawsuit alleges that EPA violated the Endangered Species Act (ESA) by not consulting with the required federal agencies to ensure the new registrations wouldn't harm any endangered species or critical habitats -- a charge the court declined to consider in the past lawsuit.

But the new lawsuit also challenges EPA's sudden decision to disallow states' use of Section 24(c) special local need labels to further restrict the federal dicamba labels without "hold[ing] notice and comment on the decision," as the agency had promised states it would do. (See more here: https://www.dtnpf.com/…).

Ultimately, the new lawsuit asks the Ninth Circuit to vacate the 2020 dicamba registrations and "craft equitable ... relief to prohibit any continued use of existing, already sold pesticide products," a callback to the EPA's decision to allow farmers and applicators to use existing stocks of dicamba after the court vacated the 2018 registrations back in June. Finally, the new lawsuit asks the court to find that EPA's unilateral decision to end restrictive 24(c) labels violates the Administrative Procedure Act and provide relief.

Two of the dicamba registrants whose products are implicated in the lawsuit -- Bayer and Syngenta -- told DTN they are reviewing the filing. Bayer's statement also stressed that the company does not believe the lawsuit will affect farmers' access to its XtendiMax herbicide in 2021.

See a news release from the plaintiff groups here: https://www.centerforfoodsafety.org/…. 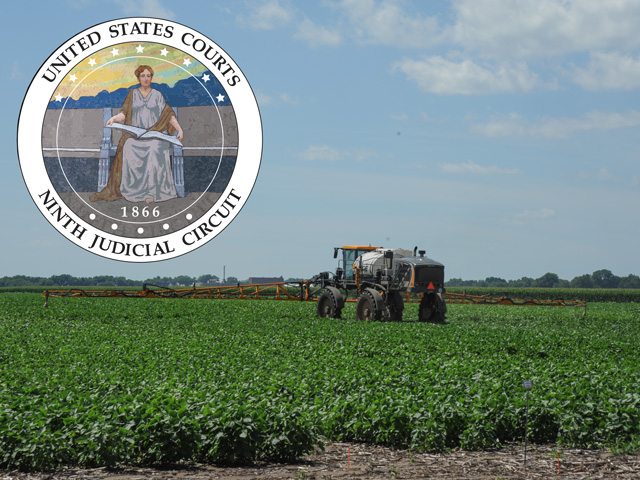