ROCKVILLE, Md. (DTN) -- At least three states plan to implement more restrictive cutoffs for dicamba use in 2021, beyond the federal labels EPA issued for XtendiMax, Engenia and Tavium this fall.

Those states -- Indiana, Illinois and Arkansas -- have fewer options to accomplish this after EPA announced that it is no longer permitting the use of 24(c) special local needs labels to further restrict federal pesticides. Now, if they want to exceed EPA's federal dicamba cutoff dates of June 30 for soybeans and July 30 for cotton, states must work through Section 24(a) of FIFRA, which means going through state rulemaking or legislation, or they must work within existing state statutes. See more here: https://www.dtnpf.com/….

Arkansas has opted to use its state rulemaking process to implement the nation's most restrictive cutoff date -- May 25 -- for the third consecutive year. The state's plant board voted to keep that restriction in place for 2021 on Dec. 2.

Illinois and Indiana both had June 20 dicamba cutoff dates in 2020, and Illinois had an additional temperature restriction of 85 degrees Fahrenheit, but both states used Section 24(c) labels to implement them.

State officials in Indiana and Illinois believe these restrictions contributed to a significant drop in dicamba investigations this past season, from 723 complaints in 2019 in Illinois to 124 this year, and from 250 complaints in 2019 in Indiana to 73 this year, said Doug Owens, an Illinois pesticide regulator, who spoke at the State FIFRA Issues Research and Evaluation Group (SFIREG)'s virtual meeting on Dec. 7 and 8.

In Illinois, state pesticide officials are now opting to explore working through Section 24(a) to install a June 20 cutoff date and 85-degree temperature restriction in 2021, Owens said. Illinois regulators have met with EPA officials several times to "navigate a new 24(a) process," he said.

In Indiana, state pesticide officials are instead working within existing state statutes to implement a June 20 cutoff date in 2021. In November, the Indiana Pesticide Regulatory Board voted to consider designating dicamba a "highly volatile herbicide" under state law, which would allow state regulators to add restrictions to its use via annual permits.

"Our assessment was that the June 20 cutoff date was somewhat successful in mitigating the total number of dicamba complaints filed in 2020," Dave Scott, pesticide program administrator for the Office of Indiana State Chemist, said at the board's Nov. 18 meeting. But the number of 2020 dicamba complaints still exceeded their overall average of 13 annual pesticide investigations before dicamba-tolerant crops were commercialized, Scott added.

Data on dicamba injury investigations from the past few years in Indiana suggest that it would take a June 5 or June 10 cutoff date to push dicamba injury complaints down to levels comparable to other herbicides used in the state, Scott noted. But the state's regulatory officials are taking into account the problem of herbicide-resistant weeds, which is why they settled on the slightly later date of June 20, which exceeds EPA's cutoff by 10 days.

The Indiana Pesticide Regulatory Board is working to create a written policy supporting the designation of dicamba as a "highly volatile herbicide" and will accept feedback from stakeholders in the state before finalizing that designation and moving forward with additional restrictions.

Other states could still come forward with cutoff dates, as well. Iowa pesticide regulators saw a record 329 pesticide misuse investigations in 2020, 215 of which have been linked to an auxin herbicide. Missouri regulators ended the season with 120 dicamba injury complaints, and Kansas also reached 120 complaints.

Gretchen Paluch, an Iowa pesticide regulator who represented the EPA Region 7 states of Nebraska, Missouri, Kansas and Iowa at the SFIREG meeting, said those states were still investigating their options. "I know the [Region 7] states are also looking at the cutoff dates and the timing and their crop production systems," she said.

Some states have already decided against it, now that the fast-moving regulatory path of 24(c) labels is no longer an option for additional restrictions. Minnesota has had a June 20 cutoff date for three years, but the state will not pursue one in 2021, said Josh Stamper, director of pesticide and fertilizer management division at the Minnesota Department of Agriculture.

"We would not have been able to pursue additional restrictions in a timely fashion," Stamper told DTN. "We will instead focus on fully enforcing all components of the new labels." See more on MDA's decision here: https://content.govdelivery.com/….

State regulators in Louisiana, Oklahoma and Texas are going to seek 24(c) labels that will extend the federal cutoff dates in 2021, said Ryan Williams, an Oklahoma pesticide regulator who spoke at the SFIREG meeting.

"[The cutoff dates] do hamstring some growers, especially in Oklahoma, where close to 85% of our soybeans are double-crop beans, so they're not going into the ground until mid-June, and that June 30 cutoff will cause some problems," Williams explained. "There is the same situation with cotton -- there is a lot of double-cropped and late-planted cotton all the way until the first half of July, so the July 30 cutoff date will cause some problems in our area." 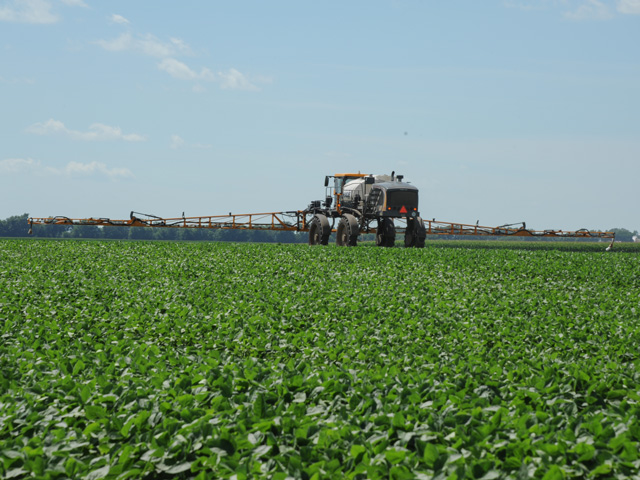