"He had struggled growing decent soybeans for years," Wilhite recalled. "He was only getting 20 to 30 bushels per acre and couldn't understand why." Then, in 1989, his father tried a new AgriPro soybean variety that boasted a newfangled weapon: PI 88788, the first available genetic source of SCN resistance.

"It was a complete game changer," Wilhite said. "From there, it immediately doubled our yields."

It is the first unique source of genetic resistance to SCN to be commercialized by a major seed company in 25 years, Tylka noted. But, perhaps not for long.

"These are really the first two new things to come down the pike for SCN resistance in decades, so it's pretty important," Tylka said.

Syngenta's PI 89772 varieties were only planted on a limited number of fields this past summer, but a larger rollout is planned in 2021, the company said. For now, the trait is embedded in the Xtend Roundup Ready 2 genetic platform, but the company is working to make alternate SCN sources like Peking and PI 89772 available in both Enlist E3 and XtendFlex soybeans in the years to come, said Travis Kriegshauser, strategic marketing manager for soybeans for Syngenta.

The 2020 season gave the new PI 89772 varieties a robust challenge, said Jeff Anderson, a Syngenta seed adviser and farmer from the central-Iowa county of Hamilton. His state experienced an unusually dry summer, which stresses plants and can favor increased nematode reproduction.

"We dug into a pilot trial with 24 soybean varieties, and every single one was just loaded with cysts, even the PI 88788 varieties," Anderson said. "Then, we started digging on the (PI 89722) variety, and there were very little cysts on the roots. It was very clearly working."

"Mother Nature has a funny way of wanting to survive," he said. "Just like with our Bt traits, if you don't switch them out with other modes of action, they have a tendency to stop working as well."

"Stewardship is more important than ever," he said.

"In this case, where at least one of the modes of action -- PI 88788 -- has already lost some of its effectiveness, it makes a lot of sense from a yield-protection standpoint," he said.

BASF won't be required to submit a resistance-management plan for GMB151 until it gets a full commercial registration from the EPA. As with the Syngenta varieties, future stewardship will be key, Tylka explained.

"Our experience with Bt corn teaches us that this type of technology is not immune to being overcome by pest populations, so we need to be cautious with how we use it," he continued. "We would be foolish to think Bt resistance alone would be the cure for SCN." 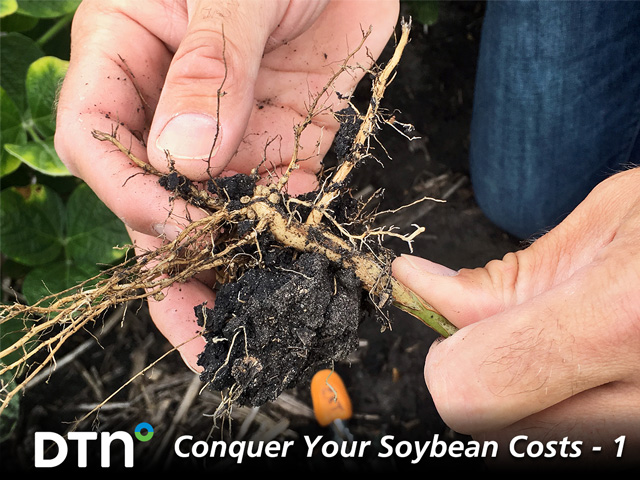