STEAMBOAT SPRINGS, Colo. (DTN) -- Just as the Wright Flyer didn't look much like the first successful commercial airliners and bears little resemblance to modern aircraft, the future of aerial autonomous drone spraying could look a lot different than what cutting-edge companies first release to prove a concept.

Pyka, a California-based tech startup, hopes its latest autonomous plane looks less like the proof-of-concept aircraft of the past and more like the fleets of planes that may be spraying fields as the technology matures into the next decade.

"Five years is a long time for us. The technology will evolve a lot over the next five years. There will be a lot of refinement," said Michael Norcia, one of the company's co-founders. "But, in five years, there's still probably a plane in our portfolio that looks a lot like this."

Pyka announced last week that it had U.S. Federal Aviation Administration airworthiness approval to test in the United States with its newest, largest plane, dubbed Pelican. The plane offers major improvements over Egret, the company's initial test platform that it had been testing for the last several years.

All electric, the Pelican is larger, with a wingspan the size of a school bus, 38 feet. Its trio of 20-kilowatt motors can keep it on task for about 30 minutes, with a total flight time of about 45 minutes, taking off and landing from a 500-foot runway, dirt road or cleared section of a field. It takes about a minute to swap out batteries.

The biggest upgrade is Pelican carries up to 625 pounds of payload, or about 75 gallons, a threefold increase from what the 200 pounds Egret could haul. Pyka is hoping all those upgrades can positively affect the efficiency of the plane enough to make it a good value proposition for aerial spray operations.

"The little plane, it was really too small to make a whole lot of commercial sense," Norcia said. "The big plane should be a very, very profitable product for operators."

Pyka started by operating the older plane, Egret, in New Zealand, but it now has clearance to test the Pelican in the United States, and it's doing so in California.

It could be awhile before it tries to establish roots for large acres of row crops. The efficiency isn't there yet there yet. Corn and soybeans in, say, Iowa and Illinois, are "the last frontier for autonomous crop spraying," Norcia said.

That means there's a focus on specialty crops like lettuce and other table crops in places like California, in the American South and beyond.

"We'll be up and operating in Latin America ideally by the end of the year," Norcia said. "For a lot of work that requires repetitive spray, like five to 50 sprays per year, it really in a bunch of different ways makes up for the fact that it's smaller than an Air Tractor."

Along the way, Pyka hopes to refine the Pelican to be better than it is today, including increasing the payload and fine-tuning flight paths to get to fields faster. The plane will initially operate with teams of two operators, but that's another area the company hopes to trim in the long run, down to one operator per plane, and then perhaps even to one operator per group of planes.

At that point, the hope is for the cost efficiency to outweigh other options. 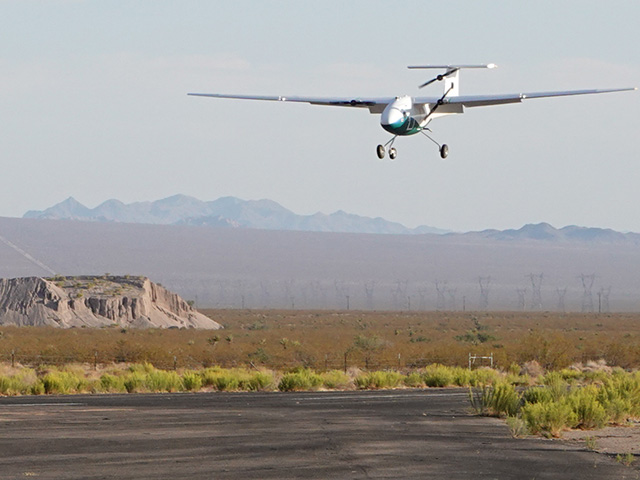