The Groundwater Protection Rule prohibits farmers from applying most forms of commercial nitrogen fertilizer in the fall and on frozen ground in areas groundwater is deemed vulnerable to contamination. The rule aims to minimize potential sources of nitrate pollution in drinking water and protect public health.

For complete rule details and to see a map of affected areas, go to www.mda.state.mn.us/nfr.

Harold Wolle, who grows corn and soybeans in south-central Minnesota near Madelia, said most farmers didn't embrace the law, but accept it. Producers, farm organizations and the state worked together to come up with a workable rule that doesn't curtail food production and protects the environment, according to Wolfe, who is the Minnesota Corn Growers Association District 2 director.

"We are certainly cognizant of the effects nitrogen can have on groundwater," said Wolle. "We are committed to being good stewards of the land.

"From that standpoint, there won't be much pushback to this rule," he continued. "Particularly if people can meet the requirements without substantially changing how they operate."

Some farmers inject anhydrous ammonia, a popular corn nitrogen fertilizer, in the fall for the next year's crop. Wolle and his son, Matt, who is taking over the 1,700-acre farming operation, do that on their clay-based soil, which is still allowed. However, they have never fall-applied anhydrous in sandier soil, which the law now forbids.

Wolle said the chance of nitrogen loss or leaching in the sandy soil is too great. "It's not a good practice agronomically, nor for (protecting) groundwater."

Soil microbes convert organic nitrogen to nitrite and then nitrate. The speed of conversion depends on several factors such as temperature (microbes are more active when soil temperatures are 50 degrees and above) and moisture. Nitrates, which are a major source of water pollution, are highly mobile in the soil and vulnerable to leaching.

The state and federal nitrate health limit in drinking water is 10 milligrams per liter. Higher concentrations are a health risk to infants and pregnant women and potentially adults.

Only about 13% of Minnesota's farmland -- mostly in the north-central, southeast and southwest part of the state -- is affected by the rule, according to Larry Gunderson, a supervisor in the Minnesota Department of Agriculture (MDA) Pesticide and Fertilizer Management Division. Roughly the northern third of the state is excluded due to the climate and less than 3% of the land in that area is devoted to agriculture. Minnesota has 25.5 million acres in farms, U.S. Department of Agriculture data shows.

All of Rod Sommerfield's cropland 20 miles north of Rochester, Minnesota, is within the restricted area for fall nitrogen application. The rule won't affect him.

"I tried fall nitrogen once in the 1970s and said this is foolish," said Sommerfield. "I don't apply fall nitrogen because it's eight months before the plant needs it. We should have done it (Groundwater Protection Rule) 50 years ago."

The rule is also designed to reduce nitrate levels in groundwater before a public well exceeds government health standards. A sliding scale of voluntary and regulatory actions, which include the use of best management practices, will be implemented in a DWSMA based on the concentration of nitrate in a well. A local advisory team of farmers, agronomists and community members will make recommendations to the MDA on how best to reduce nitrate levels.

"We've known for quite some time that nitrate levels are high in groundwater in certain parts of the state," Gunderson added. "Now we have the blueprint to address it. I would say Minnesota is a leader in this."

Not all fertilizer containing nitrogen is regulated, based on farmer input. The rule does not apply to manure. Some exceptions apply to the spreading of MAP (monoammonium phosphate) and DAP (diammonium phosphate) -- up to a field average of 40 pounds of nitrogen per acre. Exemptions also exist for fertilizing winter grains, wild rice, perennial crops and to establish pastures.

Gunderson hopes developing the rules with farmers and prior outreach will make implementation easier. Farmers who don't comply with the rule can be fined. Specific penalties weren't provided. MDA indicates it will help farmers comply through education before fines occur, though circumstances may dictate otherwise.

"The restrictions don't affect every farmer, but we do encourage (all producers) to follow best management practices in areas where they can apply nitrogen in the fall," Gunderson said. "That means waiting until soil temperatures are 50 degrees or less and using other practices that decrease the loss of nitrogen."

Watch for a more comprehensive story about Minnesota's water quality efforts in an upcoming issue of Progressive Farmer. 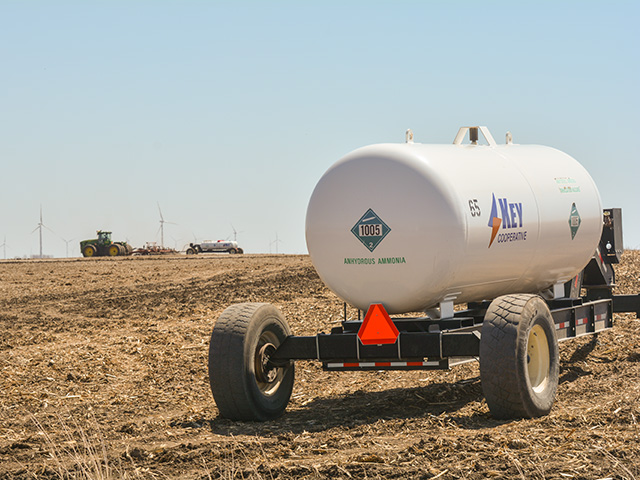