ROCKVILLE, Md. (DTN) -- If ever there was an image to illustrate the paradoxes of 2020, it would be farmer Dan Lakey harvesting a beautiful spring wheat field, with giant plumes of smoke rising from the mountains beyond his farm in southeastern Idaho, clouding the air and choking the sun out.

And if ever there was an anecdote that captured the simultaneous disasters of the year, it would be how Lakey soothes his wife's concerns over his hacking cough -- by assuring her it is not the airborne pandemic sweeping the nation, just the widespread fires sweeping the nation.

"It has really been wreaking havoc on my allergies!" Lakey said. "When I wake up in the morning, my wife worries that I've contracted coronavirus and I have to reassure her it's just allergies from the smoke!"

Farming amid disasters is a time-honored agricultural reality. And so the farmers of DTN's monthly Field Roundup have stoically launched the 2020 harvest season amid drought, wildfires and hurricanes this fall, and found -- unsurprisingly -- wide variability in their fields.

From boll rot in cotton fields and aflatoxin in droughty corn, to bumper crops in well-watered fields, here's how the 2020 harvest is unfolding for this group of farmers and ranchers, who update DTN each month on their operations and current events in agriculture.

Farmers in Idaho, Iowa, Ohio and Oklahoma reported that dry weather had accelerated their crop's maturity and the harvest season.

Iowa farmers Jay Magnussen and Mike Berdo have identified at least one silver lining from the moderate-to-severe drought that has plagued their state this summer: no frost concerns for a change. "We are two to three weeks ahead of last year," Magnussen, who farms in the northwestern corner of the state, noted. "I'm hoping it continues and we can finish an early fall. We haven't had one for a few years."

The consequences of the flash drought that emerged in July in many parts of the country are increasingly clear, however. Idaho's Lakey doesn't have enough moisture to seed winter wheat. It's almost too dry for fall ammonia applications in Iowa, which are slated to start soon, Magnussen warned. And many farmers in dry areas reported watching unusually weak corn stalks swaying uncertainly in the fall breezes.

"Standability is my main concern," Magnussen said. "Stalks have been cannibalized beyond belief. Harvest timing will be critical. East and west of me, there have been drastic breakdowns in rootworm protection in long-term corn-on-corn."

As often happens in dry years, the dreaded mycotoxin, aflatoxin, is surfacing in some cornfields, said northeastern Oklahoma farmer Zack Rendel. "I knew we would have it, but it is like it usually is -- one load will be 0 ppm, the next may be 400 ppm, then the next one down to 140," he said. "We just take it as they come."

Widely varying yields were also a common lament from farmers with droughty fields. In central Ohio, Keith Peters' early corn harvest has been a roller coaster. "It would go from 50 bpa to 230 bpa in the same pass," he reported. That's a similar range to what Magnussen is hearing in northwest Iowa, where silage appraisals have ranged from 20 bpa to 280 bpa.

"Corn yields so far have been all over," added Oklahoma's Rendel. "Averages in the 60s to 80s, but lots of spots in fields that go well over 100 bpa."

"Minnesota has been called the garden state for crops, and I believe there will be great yields, but as you go east, there are holes in soybeans and corn alike," said southeastern Minnesota farmer Jeff Littrell. Southern Minnesota farmer Mark Nowak estimates excellent corn yields are ahead for his farm. "My corn field samples of 10 years, dried and shelled and weighed for ear weight, confirm my idea that this will be a top-three corn crop for us," he said.

Farther east, late-season moisture has been a problem. For northwestern Ohio farmer Genny Haun, it's a little too much, too late.

"I think all of the moisture we have been praying for all summer hit us at once," she said of the 7-inch deluge they received on Labor Day weekend. Jennie Schmidt, who farms on the Eastern Shore of Maryland, has also been stymied by persistent rainfall, which has stalled cover crop seeding and pushed her grape and corn harvest to this week.

For Arkansas farmers Charles Williams and Reed Storey, the active hurricane season has been an unwelcome development. Williams is still slogging through corn harvest in eastern Arkansas, with rice and cotton harvest stalled by tropical moisture, the most recent from Tropical Storm Beta. "We are anxious to get corn and rice knocked out, so we can focus on cotton and soybeans in October and November," he said.

This newest storm system comes after both Williams and Storey, who also farms in eastern Arkansas, received 4 to 5 inches from Hurricane Laura in late August. "Because of the 5 inches of rain we received after Laura passed, we are beginning to see some boll rot show up in the cotton," Storey said.

"I feel like we're about five days behind where we ought to be," Williams added. "All we need is dry weather and about three more seasonal workers." 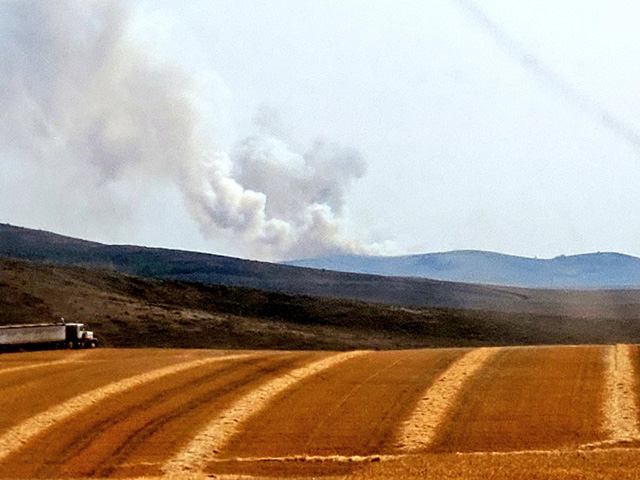