ROCKVILLE, Md. (DTN) -- The environmental groups that mounted -- and lost -- a legal challenge to EPA's Enlist Duo herbicide registration want another chance to argue their case in court.

In August, a panel of judges in the U.S. Court of Appeals for the Ninth Circuit ruled 2-to-1 in favor of Enlist Duo's continued registration, with the stipulation that EPA re-evaluate the chemical's risk to monarch butterflies.

Late on Tuesday, the plaintiffs who brought the lawsuit against EPA, including the Center for Food Safety and The Center for Biological Diversity, filed a petition for a rehearing of that ruling "en banc," which means a review by a larger panel of 11 Ninth Circuit judges.

In their original lawsuit filed in 2017, these plaintiffs argued that the Ninth Circuit should vacate the registration of Enlist Duo, a 2,4-D-and-glyphosate premix herbicide designed for use over-the-top of Enlist crops. (The lawsuit did not address the Enlist One herbicide registration.) They alleged that EPA had not followed the proper procedures to assess risks to endangered species and the environment, as required by the Endangered Species Act (ESA) and the Federal Insecticide, Fungicide and Rodenticide Act (FIFRA), when it registered the herbicide.

Now, in their petition for rehearing, the plaintiffs re-stated their original claims and argued the Ninth Circuit judges ignored established science showing the herbicide's risks overrode legal precedent and created a loophole for future pesticide registrations in their August ruling.

"The majority's decision cut a gaping hole in the ESA's heart," the petition concluded. "It creates perverse agency incentives to use models and data they know are scientifically unsound, and to determine endangered species' toxicity levels or mortality risks they believe appropriate, rather than consult the expert agencies for 'any possible effect,' as required. And it will leave 500+ endangered species indisputably exposed to massive new use of toxic pesticides without any expert analysis of the true risk to them."

This petition is the plaintiffs' last chance to get the case overturned at the circuit court level. If their petition is denied, an appeal to the U.S. Supreme Court is their sole remaining option. Corteva Agriscience, the current registrant of Enlist Duo, told DTN in an emailed statement that it is confident in the "sustainability and effectiveness" of the herbicide but is watching the case carefully. "We are monitoring the case while remaining focused on developing innovative products, such as the Enlist portfolio, that reflect our commitment to sustainability, farmer productivity and biodiversity," the statement said. 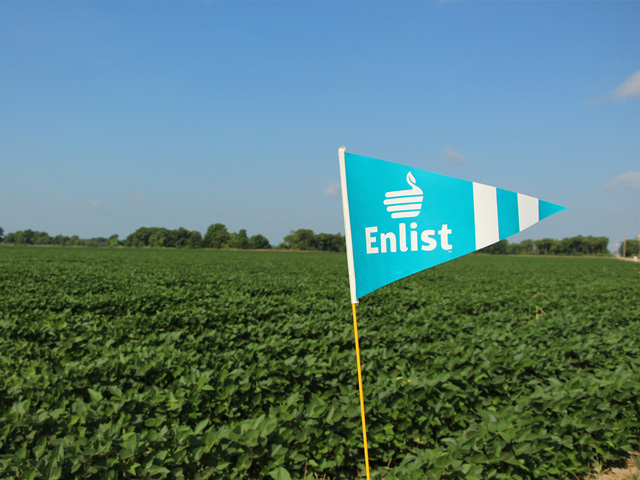