OMAHA (DTN) -- Though a wet 2019 planting season led to producers foregoing planting millions of acres of crops, many farmers found ways to plant either early or on time into green cover crops, according to a report released Wednesday outlining results from the 2019-2020 National Cover Crop Survey.

The latest survey of 1,172 farmers by USDA's Sustainable Agriculture Research and Education program, Conservation Technology Information Center and American Seed Trade Association, found that more than 90% of farmers reported cover crops allowed them to plant earlier or at the same time as non-cover-cropped fields.

USDA estimated flooding delayed or prevented planting on 19 million acres of cropland in 2019.

"Many growers said voles and slugs weren't their big worry (though a few others said they had trouble with them)," the report said, "but quite a few highlighted challenges with cutworms when planting green."

"Though a comparable number of corn and soybean growers reported employing the practice, soybeans were by far the most popular crop to plant green, with 318 of the 417 total responses," the report said.

"It is important to note that the extremely wet spring of 2019 may have increased the incidence of planting green by interfering with cover crop termination and forcing growers to hurry to plant their cash crops when soils were even close to dry enough," the report said.

"It was interesting to see that 78% of the cover crop users did not have a prevent plant claim -- reflecting failure to seed a cash crop before a final planting date specified by crop insurance rules -- despite the challenging growing season. Among those who did, 36% said prevent plant was more common in conventionally managed fields compared to cover cropped fields; 55% said the incidence of prevent plant was equal regardless of whether the field was cover cropped."

The drought year of 2012 showed the biggest yield increases from cover crops, according to the report. Farmers surveyed in 2019 reported modest boosts in soybean, corn and wheat yields of 5%, 2% and 2.6%, respectively.

"While farmers appreciate the yield benefits of cover crops, additional questions in the survey clearly indicate that they are also motivated by cover crops' abilities to deliver other benefits, like weed control, soil health, erosion control, livestock grazing and so many others," the report said.

When it comes to fertilizer savings, 49% of corn producers reported reduced fertilizer costs, as did 41% of soybean producers, 43% of wheat farmers, and 53% of cotton producers.

A similar pattern emerged with herbicide savings. The survey found about 71% of cotton farmers had reduced herbicide costs, followed by corn at 39%.

"Among the benefits of cover crops that nearly half the respondents (239 of 492, or 49%) reported is a savings in fertilizer costs in their corn crop after using cover crops for at least three consecutive years," the report said.

Corn producers also reported some savings in herbicide costs from using cover crops. Savings ranged from $1 to $5 per acre to $21 or more per acre, according to the survey report.

"A significant majority -- 266 respondents, or 57.8% -- reported no savings or losses in soybean fertilizer costs following soybeans," the report said.

Cover crops lowered herbicide costs in soybeans for two-thirds of the respondents. The most common level of savings was $6 to $10 per acre. 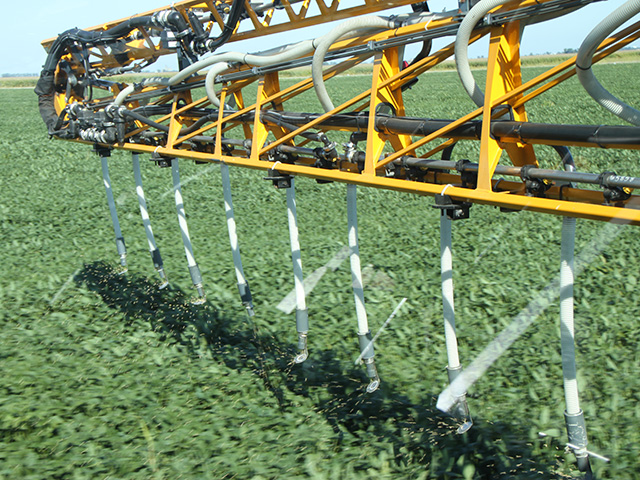