Bayer agreed to pay up to $300 million to soybean producers who suffered yield losses to dicamba damage at any time from 2015 through 2020. Another $100 million in the settlement will go toward settling non-soybean injury claims, as well as paying other costs incurred during litigation, such as attorney's fees, bringing the total settlement to $400 million.

Who exactly can apply for this settlement and when? DTN reached out to lawyers involved in the settlement negotiation, as well as Bayer, for these details.

The catalyst for the settlement was a large group of farmers from several states whose dicamba injury lawsuits had been consolidated into a multi-district litigation pending in the U.S. District Court for the Eastern District of Missouri.

Farmers were being actively added to that case as recently as this spring. Peiffer Wolf attorney Paul Lesko, who was involved in the litigation and on the executive committee that negotiated the settlement, estimates that 150 to 200 producers were involved. They are mostly soybean farmers but include other crop producers as well.

However, anyone with evidence of crop injury from dicamba from 2015 through 2020 can apply for part of the settlement negotiated for this multi-district litigation, Lesko noted.

The $300-million-figure was negotiated specifically for soybean producers and used publicly available estimates of dicamba-injured soybean acres and complaints from sources such as the University of Missouri, he noted.

But the multi-district litigation includes some non-soybean producers, and Bayer will be working with those farmers and other non-soybean claims on a case-by-case basis to resolve their alleged losses, said Don Downing, director and shareholder of the law firm Gray, Ritter & Graham, as well as the chair of the court-appointed executive committee in the multi-district litigation.

WHEN DOES THIS PROCESS START?

For now, only a memorandum of understanding has been signed as of June 24, stating the overall terms of this settlement, Downing noted.

A definitive agreement that will govern the settlement and contain all the details on how it will work is now in the works, and Downing said he hopes it will be published and available within a month.

That definitive agreement will contain important details, such as "walk-away" rights, which permit either party to walk away from the agreement if certain terms aren't meant.

One such walk-away right for Bayer would hinge on how many plaintiffs from the multi-district litigation are required to participate. On a conference call with press after the June 24 announcement, Bill Dodero, head of global litigation for Bayer, said the company will require 97% of those plaintiffs and their affected acreage to participate.

On the plaintiff's side, attorneys will figure out what percentage of reduction to their settlement individual farmers would be willing to tolerate if claims surpassed the $300 million set aside by Bayer.

Another detail still to be decided is if and how BASF will contribute to the settlement. In its news release on June 24, Bayer stated that it "expects a contribution" from BASF, whose herbicide Engenia has also been implicated in off-target dicamba injury cases. However, BASF released a statement to DTN saying that: "At this time, BASF has not agreed to a contribution towards Bayer's dicamba drift settlement, but will evaluate any proposal received from Bayer."

When the definitive agreement is finished, it will be published for anyone to view the details of the settlement, Downing said.

HOW DO YOU APPLY?

The exact mechanism for dispersing this settlement is not yet in place, but will be established in the definitive agreement, Downing said. It will likely take the form of a website.

"Because the settlement covers the 2020 growing season, we likely will start the claims process after the 2020 harvest," he told DTN. Downing said claims payments would most likely be distributed in 2021.

Farmers can hire lawyers to help them with the process, or they can proceed on their own.

Soybean farmers applying for part of the $300-million settlement need two categories of evidence. First, they must submit documentation of dicamba symptomology in their soybean fields, such as photographs, state regulatory agency reports or expert agronomist opinions or notes.

"Everyone involved has an interest in verifying that these are legitimate complaints and not fraudulent," Downing said.

Second, soybean growers will need evidence of yield loss, such as a crop insurance report or evidence from a calibrated yield monitor.

For farmers or homeowners with non-soybean injury, evidence of injury and economic loss will have to be evaluated differently, since some plants such as trees don't have a measurable yield each year, Downing acknowledged.

"That's why that part of the settlement will be taken one by one," he said.

Keep in mind that 2020 dicamba injury is included in the settlement, so growers and homeowners can continue to gather evidence of injury and economic losses this season, Downing added. 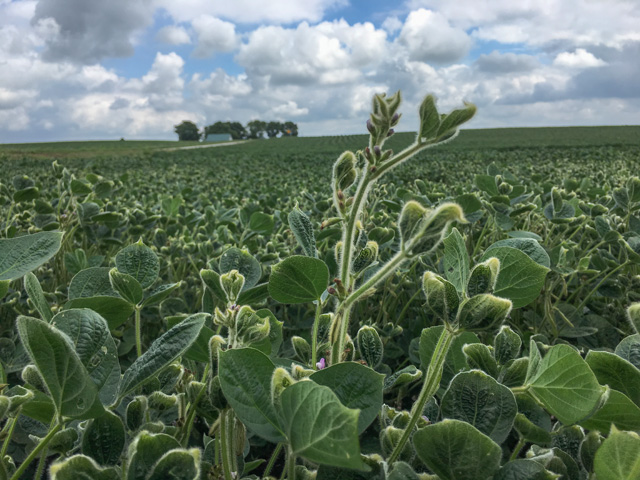