ROCKVILLE, Md. (DTN) -- The nation's planting report card from USDA this week would leave any proud parent smiling -- corn and soybean planting at 4 and 7 percentage points ahead of normal, respectively, with nearly three-quarters of corn rated in good-to-excellent condition.

But behind those benchmarks lie a lot of tough decisions that recent extreme weather has forced on farmers.

"It's been a daily calculation to decide whether to fix, replant, or leave the corn, [whether to] switch genetics on soybeans to utilize the herbicide according to label, and deciding which fields will be ready to plant first," explained Tyler Young, who farms in east-central Illinois.

For farmers across the Midwest, South and mid-Atlantic, persistent and sometimes violent precipitation defined the month of May, which has led to a brisk demand for replant seed and some weed control concerns, even as many crops thrive. At the same time, many farmers in the High Plains and West are starting to slip deeper into droughty conditions.

"What started out as almost ideal early spring conditions are turning hot and dry," said Marc Arnusch, who farms in northeast Colorado, where temperatures have soared 10 to 15 degrees above normal recently. "Crop development is off to a good start, but the heat and dryness are beginning to affect us some."

Arnusch and Young are members of DTN's Agronomy Advisers, a group of trusted producers who report monthly on field progress and agricultural developments. This month, they reported on a range of weather challenges, as well as the increasingly new "normal" of farming during a pandemic.

Agronomy Advisers from Arkansas up through Ontario and as far east as Maryland reported abundant moisture in the month of May.

"We are very, very wet; it's almost a carbon copy of last year," lamented Kyle Samp, who farms in north-central Missouri. "We have only run the planter for five days this spring." Southern Ontario farmer Dan Petker has a wide range of corn maturity on his operation, after corn planting stretched out to nearly a month amid persistent rain events and the mid-May cold snap.

In Illinois and Michigan, heavy rainfall and precipitation was at crisis levels in some places, farmers reported. "Most of Michigan's farmland had significant flooding the last two weeks of May," explained Raymond Simpkins, from southeastern Michigan. "Here at our farm, we have had 5.5 inches, with 4 inches of that coming within 24 hours."

Two Ohio farmers, Keith Peters in the central part of the state and Genny Haun from the northwest, reported that the wet spring allowed rye cover crops to get away from them. Now they're facing towering, swaying stands of 4- to 6-foot-tall cereal rye plants and weighing their increasingly limited options for planting those fields. Others, such as Illinois' Young, were frustrated by soils crusted over by heavy rains and soggy soils with low oxygen for emerging corn and soybean seedlings.

But farther north in Minnesota, drier conditions have led to early planting and good emergence for south-central producer Mark Nowak, who finished about two weeks ahead of last year on May 6. Recent weather has created "near-perfect soil conditions" for northeastern Nebraska farmer Kenny Reinke. And out in central Kansas, farmer Kyle Krier is similarly situated, with fieldwork chugging along but signs of overly dry conditions on the horizon.

"After the next 10 days of temperatures above normal and wind every day, I would guess we will likely be back into the dry category," he said.

South-central Montana producer Michelle Jones agreed, noting that fire managers in their area are very worried for the season ahead, as two wet springs in a row have left plentiful vegetation for fuel this year, with conditions turning hot and dry.

In Colorado, where the southern two-thirds of the state is firmly entrenched in drought conditions, Arnusch is worried about future growing conditions. "Our snowpack is rapidly dwindling, and it appears we may be short of irrigation water toward the end of the season," he said.

Despite the sometimes-challenging conditions, most Agronomy Advisers reported significant planting progress, especially growers in drier regions. In Kansas, Krier only has grain sorghum and forages left to go, and Jones (Montana), Arnusch (Colorado) and Nowak (Minnesota) are all finished.

Replant was a more common theme among farmers farther east. In Missouri, Samp has yet to tackle his soybean planting, and now has corn replant acres on the docket, too. Likewise, Illinois' Young expects to replant 10% of his corn acres, and in Arkansas, Charles Williams has had to push some intended corn and cotton acres into soybeans.

That's an especially frustrating option for Williams, since Xtend soybean fields in Arkansas have already missed their legal dicamba spray windows, given the state's May 25 cutoff date. Dicamba spray windows are also top of mind for Young, who is considering switching herbicide-tolerant soybean platforms so he can do postemergence spraying beyond Illinois' June 20 dicamba cutoff date.

Even beyond dicamba limitations, weed control will be a concern for many growers this year in wetter regions. Missouri, Ohio and Michigan farmers reported plenty of weedy fields, both planted and unplanted, dotting the landscape.

Things are busy on the Eastern Shore of Maryland, where the mid-May freeze forced some soybean replanting and likely dinged yields in Jennie Schmidt's cereal crops, tomatoes and vineyards. But she is optimistic that the operation's green bean planting -- scheduled for every other day for two weeks in June to stagger the harvest -- will be on target this year. And with corn planting wrapped up, Schmidt is also starting to plant specialty soybeans, specifically high oleic and tofu.

PLANTING FOR A NATION ON EDGE

While the blitz of planting is a good distraction, Agronomy Advisers reported continued effects from the pandemic, even as many states eased into reopening.

Many had successfully applied for relief payments through the Coronavirus Food and Aid Program, which is intended to compensate livestock or crop producers who suffered during the spring plunge in markets and supply chain confusion.

Missouri's Samp summed up the ambivalence many felt about the payments. "I'm not sure how I feel about it, but it's there, so I'll take it," he said. Most reported that the financial assistance would be minor -- especially those who marketed most of their crops prior to January -- but a few said it would help with cash flow this summer.

Arnusch suspects the online-only application process forced by the pandemic was prophetic. "The sign-up process was very simple, and we may have witnessed a glimpse of what future FSA interactions look like: electronic and email correspondence," he predicted.

The continued march of new infections and deaths in the U.S. remained a distant worry for most Agronomy Adviser's rural regions, although infection numbers were climbing to a second peak in Arkansas, Williams noted. And many Missouri residents' gung-ho attitude toward reopening was clear to Samp. "We probably swung too hard on the stay-at-home orders and now we might be swinging too far the other direction," he noted. "We are still trying to be careful on the farm."

Arnusch was relieved to have local restaurants reopening, although food wasn't top of mind. "Until this pandemic, I hadn't realized how much of our business is done over breakfast or lunch at our local diners," he said.

Finally, the widespread protests and riots in cities across the country over recent incidents of police brutality have filled farmers' Twitter timelines and TV screens and added to the feeling of instability and crisis in America, some Advisers noted.

"Here in Minnesota, the death of George Floyd and all the protesting and rioting is just another unsettling event in our society," said Nowak. "Let's pray for peace." 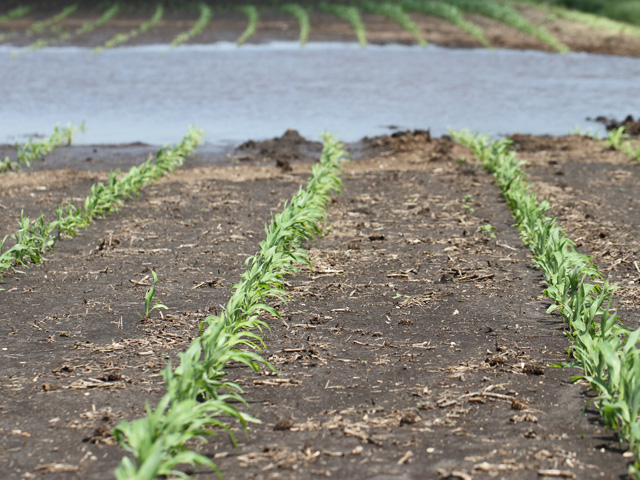